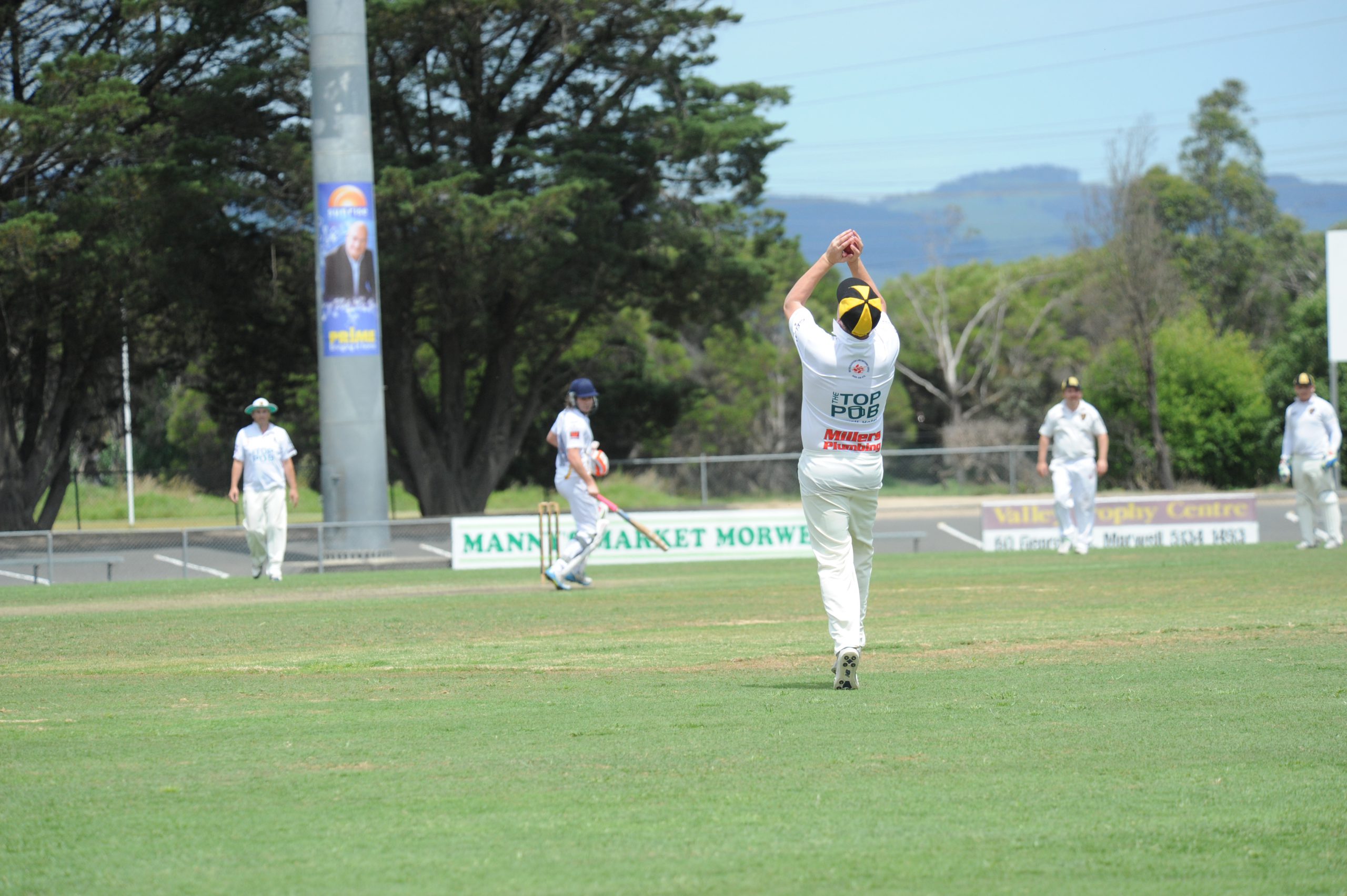 Mirboo North tasted ultimate redemption at the weekend when it put in a stellar effort on day two to take the win against defending premier Latrobe.

On day one the Sharks bowlers tore through the Mirboo North line-up with the Tigers first five dismissed for a combined total of 29.

Will Cheatley and Brendan Van Heurck partnered to steady the ship and push the home side’s total to 157.

The Sharks finished day one at 5/87 after Anthony Bloomfield made an emphatic return to the side and contributed 33.

Adam Duncan and Trent Roberts were still standing at the end of day one with the side reliant on the pair to rescue its innings from disaster.

It wasn’t to be, though, as both were dismissed for just two runs with the final four wickets falling for a combined total of 11 to see the side all out for 106 in the 46th over.

Mirboo North went in again and improved slightly on its first-innings efforts with a scrappy 167.

Hamaiz Mahmood was the lone ranger with a top knock of 63 while Cam Le Page added 21 and Rob Phoenix and Shane Peters 20 apiece.

Mirboo North is now in the box seat in the CGCA first grade competition, in second spot on the ladder while the defending premier languishes in fourth with just a single win against Jeeralang-Boolarra to its name.

Morwell asserted its dominance early on against Jeeralang-Boolarra on day one of round five action with an impressive first-innings total of 267.

Rob Webber and Mark Cukier again proved why they are the best opening pairing in the competition with 30 and 90, respectively.

Jordan Campbell was also handy with 44 as was Brendan Brincat (33) and Craig Giddens (30).

Rhy McNaughton was scintillating with the ball for the Panthers, taking 6/61 from 20 overs including four maidens while Mark Rawson also showed well and took three wickets.

The Panthers finished day one on 1/7 after Nicholas Duncan fell for one at the hand of Lewis Harper.

Ben McCormack and Ben Duffy got the Panthers run chase off to a promising start on day two and partnered for 33 before McCormack was bowled by Harper for 25.

Mark Rawson reared as the top-scorer for Jeeralang-Boolarra with 31 but it wasn’t enough to get a sniff and Panthers found themselves all out for 122.

Morwell batted again and rubbed salt in to the Jeeralang-Boolarra wound with a total of 203.

With first innings victory secure, Morwell reshuffled its batting order with Lachlan and Dylan Day opening the batting and notching 12 each.

Brendan Brincat came in at number four and showed plenty, making 52 while Jordan Campbell was next best with a valuable 44.

Trafalgar opened play on day one against Moe and put on a first innings target of 125 at Ted Summerton Reserve.

Anthony Clarke-Bruce led the way for the Ships with a top knock of 35 while Jayden Mathison was the pick of the bowlers for Moe and finished his first innings stint with 4/45 from 19 overs.

Moe captain Andrew Philip was left at the crease when time was called on day one and was joined by Jeremy Butler when play resumed on day two.

Philip went on to fall just short of a half ton with 45 while Sam Price came in at number eight and top-scored with 50.

David Bremner was the shining light for Trafalgar in first innings with 4/81 including the wicket of opener Ryan Baldi.

Moe went on to record 221 and a resounding win to cement second spot on the CGCA ladder.