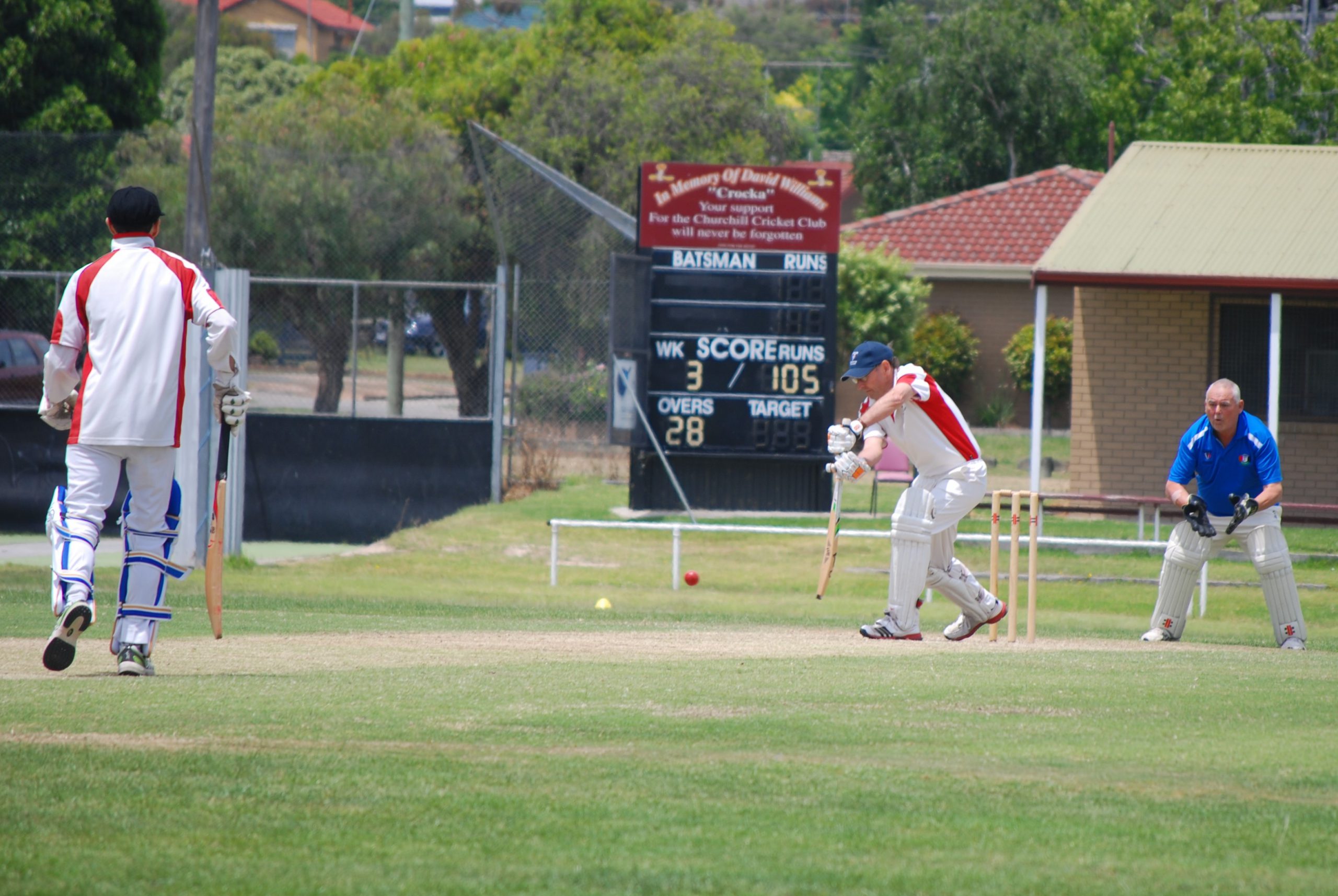 The Gippsland Goannas played host to the Sunbury over-60 cricket side at Andrews Park in Churchill at the weekend.

The ground and pitch were in good nick and Fred Debono and Ian Gibson opened the innings for the Goannas.

Debono (six) was taken cheaply in the third over and Ray Smith joined Gibson at the crease.

The pair put together a stellar partnership and took the score to 1/71 at drinks.

Both retired and made way for the rest of the order to take the Goannas to 7/155 at the end of the 40 overs, with Murray Moore (24) and Ian Southall (25) making valuable contributions.

Sunbury started its innings after tea with Southall and Anton fronting the bowling line up for the Goannas.

Southall’s first three overs were maidens and Anton took three wickets as Sunbury fell to 3/22 at the 10 over mark.

The Sunbury batters collected and managed to scrap to 3/68 at drinks.

Kel Bond (2) and Freshwater (1) took the remaining wickets and Sunbury finished eight down for 144 runs.

Gibson took a catch and effected a stumping while Smith (two) and Bond both took catches to help the Goannas to an 11-run win.

The Goannas will now break for the festive season while some players will represent the south-east zone in a match on January 7.

The Goannas’ next game will be an away fixture against the Yarra Valley at Seville on January 14 with the next home game scheduled for January 21 at Mirboo North.