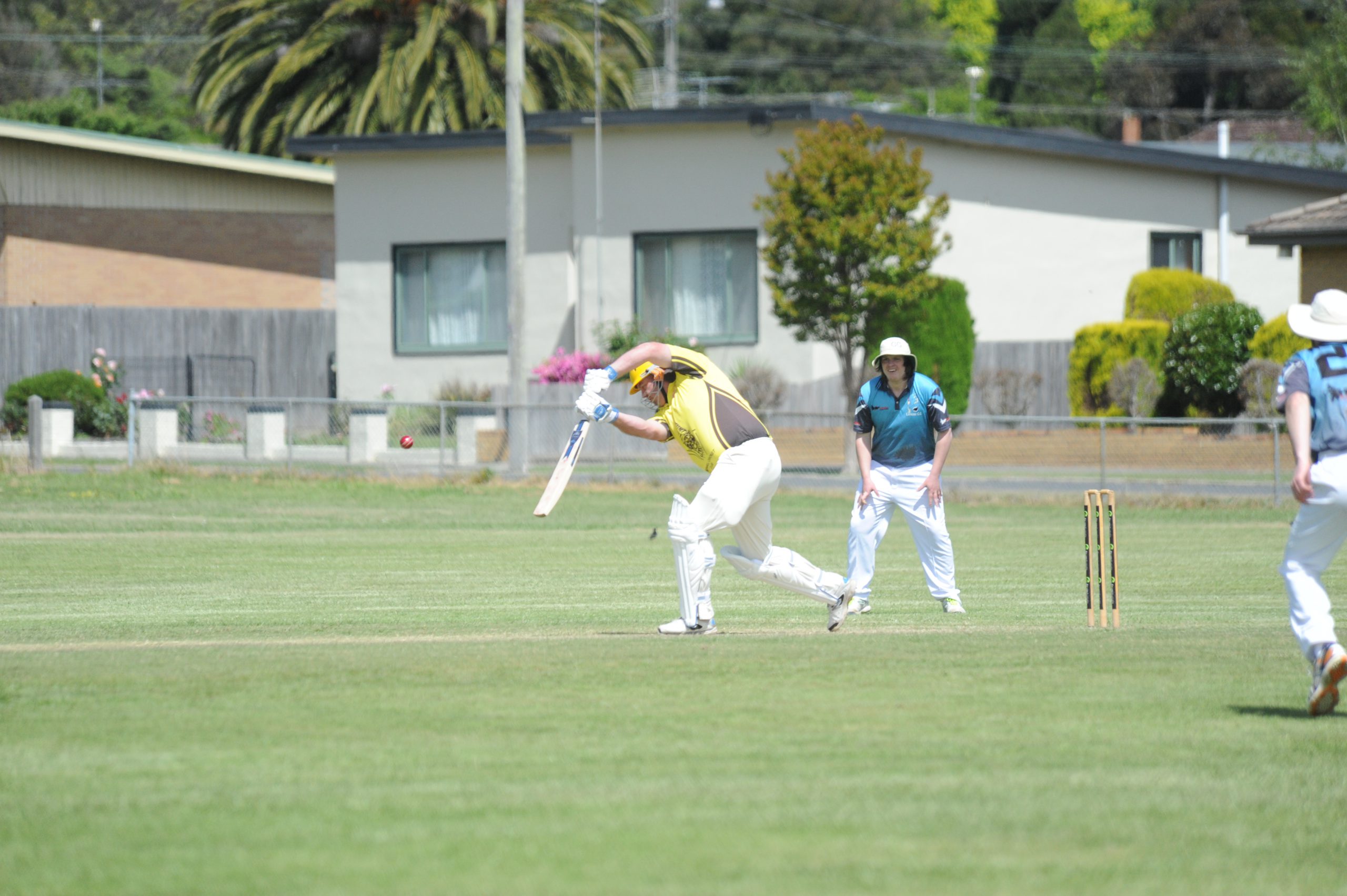 After a two-week break, flag favourite Morwell will resume its push for its first Central Gippsland Cricket Association first grade title since 2002/2003 when it hosts Latrobe in a two-day match starting Saturday.

Openers Robert Webber and Mark Cukier were in blistering form before Christmas to regularly put their team in strong positions.

Webber is the league’s second-highest run scorer for the season, with 383 runs at an average of 47.88.

With plenty of additional firepower in the form of former Premier Cricket all-rounder Blake Mills (321 runs at an average of 53.5) and Brendan Brincat (209 runs at an average of 34.83), Morwell will go into the match confident of maintaining the dominance against Latrobe it showed in one day cricket earlier this season.

Last time the cross-town rivals faced off, Cukier bowled his team into a strong position with 5/14 to leave the reigning premier 8/85 at the end of its 45 overs.

From there, Webber set up the innings with 85 batting in partnership with Mills (69) before Brincat came to the party with a quick 36.

The loss of key personnel means the Sharks have struggled since winning last season’s flag and will look to CGCA leading wicket-taker Tyron Gamage to put pressure on the Tigers’ top order.

The return of Anthony Bloomfield after missing the early rounds has also provided strength to the Latrobe batting line-up.

With plenty of firepower at his disposal, the Tigers skipper will feel confident no matter which way the toss goes at Morwell Recreation Reserve on Saturday.

After enjoying mixed fortunes since its record-breaking run of CGCA premierships came to an end in 2012/13, Moe finds itself back among the competition’s league lights in second place.

The Lions will look to extend their 5.41 point lead over third-placed Mirboo North when they face Jeeralang-Boolarra at Boolarra Recreation Reserve.

In their previous match-up, the Panthers clinched a narrow win on a difficult wicket at the Moe Racecourse oval after skittling the Lions for 56.

The change of venue means a repeat of the low-scoring thriller is unlikely but the Panthers’ main aim will remain the same – stop captain Andrew Philip from scoring.

Philip – the league’s leading run scorer this season – has been prolific for more than a decade and has played a key role in setting up many of his team’s victories.

But Philip is not alone, with Sam Price and the Mathison adding plenty of firepower with the ball.

Following their early season success, the Lions will be aiming to go deep into the finals.

Not much went wrong in the first half of the season for Mirboo North, who hope to leapfrog Moe into second spot with a big win against Trafalgar at home.

The Ships have recorded just one win this season, defeating Jeeralang-Boolarra in round three.

The Tigers have plenty of quicks – Robert Phoenix and Will Cheatley have 15 wickets apiece and will look forward to getting back on the park this weekend.

The last time the teams met was in round five, when the double act of Phoenix and Banks combined to take four wickets each and dismiss Trafalgar for 80 in the 35th over.

Marco Higgins (29) and James Heslop (17) were the only batsmen to reach double figures before Mirboo North made 126 to claim victory.