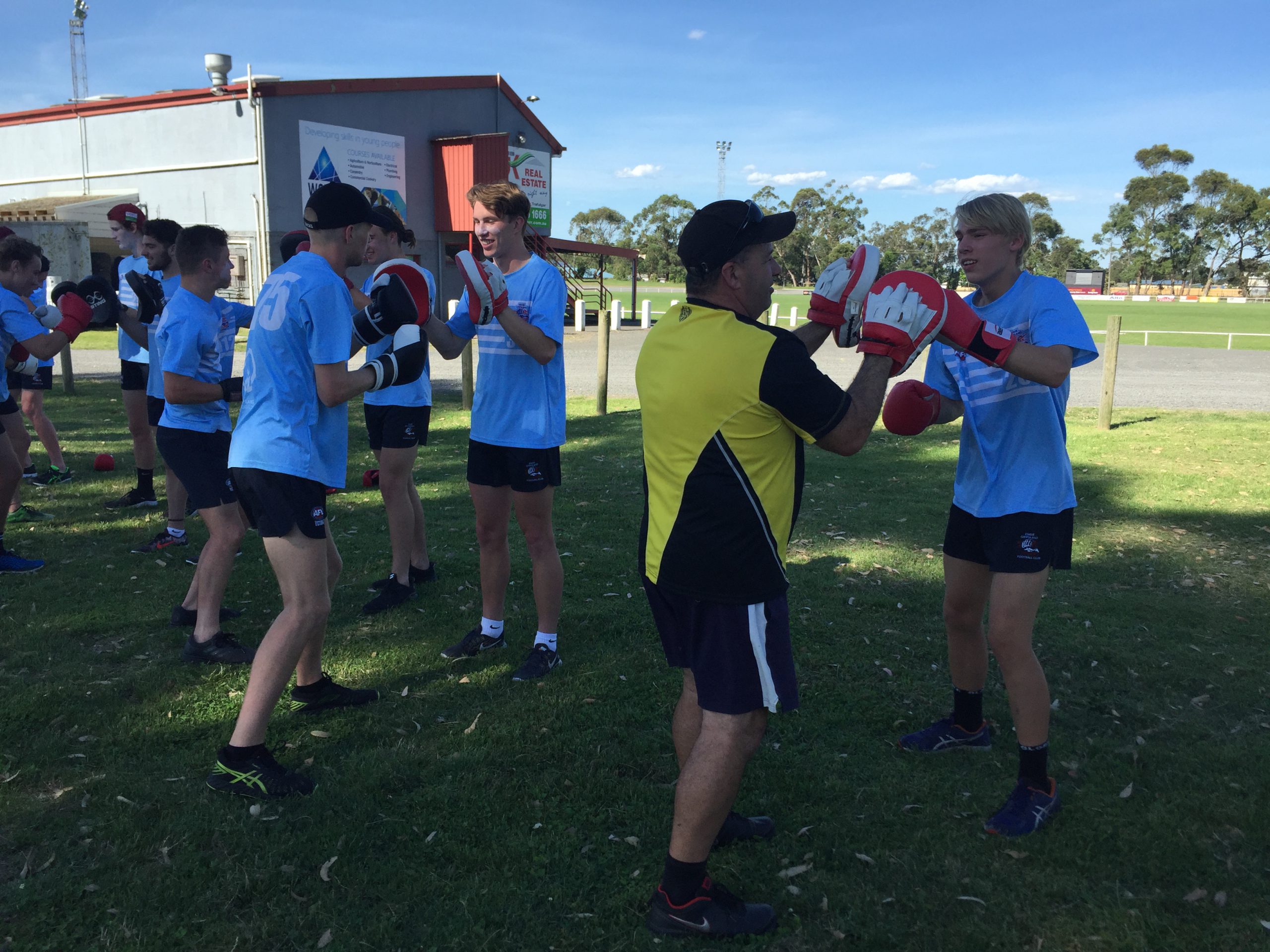 Gippsland Power has taken its preseason training up a notch with an intensive strength and conditioning workshop in partnership with the Trafalgar Boxing Gym.

Focusing on upper-body work, John Cassar and Jake Cameron from the Trafalgar Boxing Gym took the Power squad through its paces for five weeks in the lead up to season 2018.

“These guys are working really hard to get themselves fit and ready … Jake [Cameron] knows how to really push them and get the best out of them,” Cameron said.

“They have all really improved from week one and they’re enjoying it … they might come back to the gym for more training, which is good.”

“It’s a really good opportunity to train non-legs and we felt all the running training at such a high intensity three nights a week was causing some overload injuries,” Brown said.

As one of eight groups across Gippsland to hold the preseason boxing sessions, Brown said the Trafalgar Boxing Gym was a perfect fit for Power.

“Trafalgar was a place we knew about and it fitted the areas for the group, and the trainers do a fantastic job running [the boxing sessions] and delivering them,” he said.

“The feedback so far has been great, it’s been really tough for the players physically and mentally and it’s been designed that way on purpose.

“The players work really hard for that hour every week and put in a lot of work.”

With a focus on the core and upper body and aerobic fitness, Brown said the boxing workshops had helped build more than just physical strength for the young Power squad.

“[I’ve] noticed a little bit of change [in the players] … boxing gives them confidence and it adds another skillset and another challenge to get to know one another and how each other works,” he said.

“It’s been a fantastic opportunity for them to grow and get better as young men, and the feedback has been that the boys get in and work hard, and the coaches really enjoy that … the players come out of it after giving it their all.”

The 2017 TAC Cup season came to an abrupt end for Power at the hands of the Geelong Falcons in the elimination final but Brown said winning games wasn’t the only goal in 2018.

“It’s an opportunity [for players] to build ownership of their footy careers,” he said.

“It’s all about development, not about winning games … it’s about improving players and giving them opportunities to get drafted and if we can get two or three drafted then that is fantastic, and that’s the end goal.”