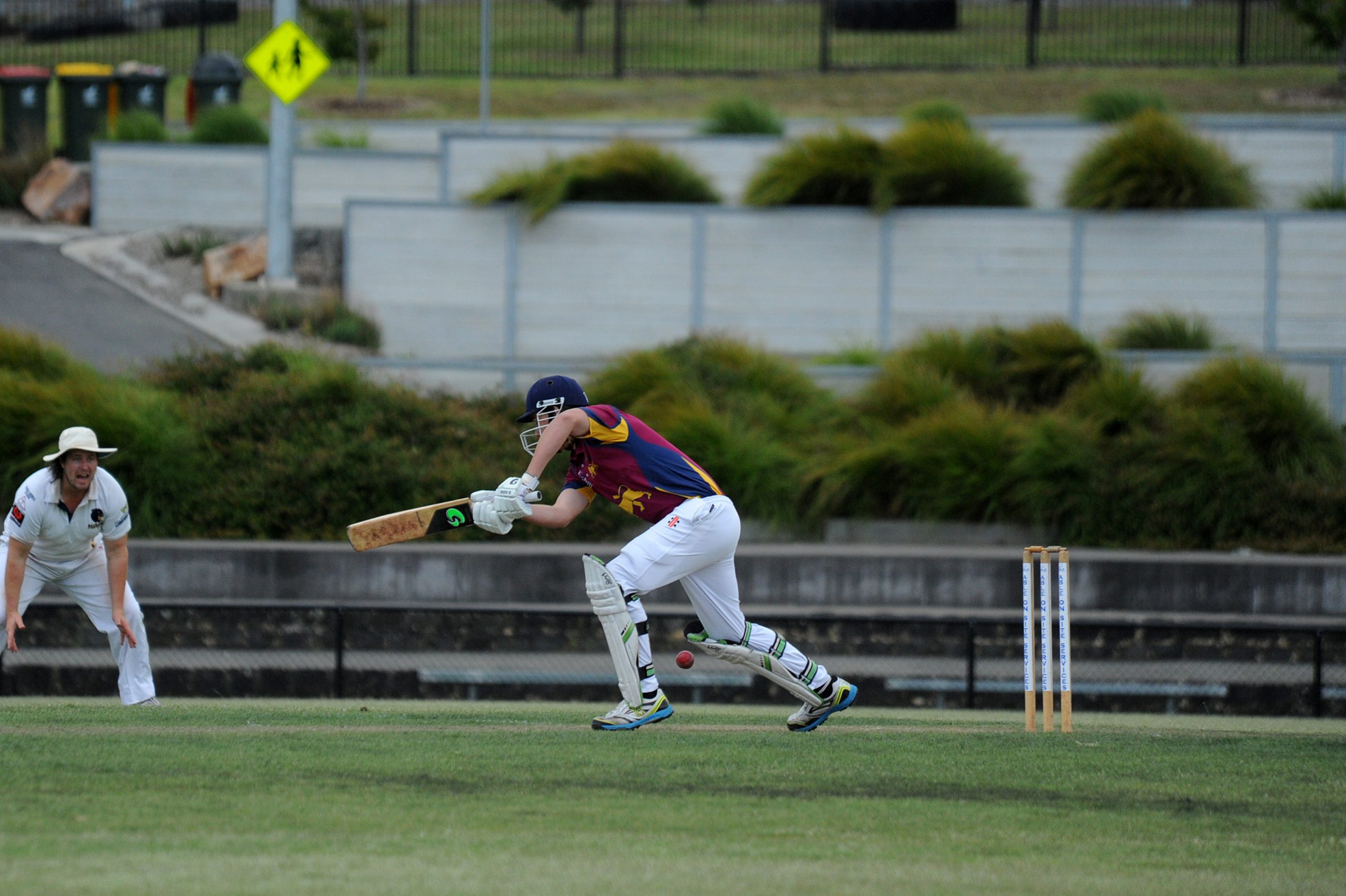 After last round’s matches were called off – first by extreme heat and then a week later by rain – the teams of the Central Gippsland Cricket Association will hope to complete their first weekend of cricket since the Christmas break.

The last time the two teams faced off, the Tigers put the Lions to the sword at Ted Summerton Reserve, dismissing Moe for 61 in 19 overs before blasting their way to 2/288.

In that match, opener Nathan Lee was the only batsman to reach double figures as all-rounder Brendan Brincat blasted his way through the Lions on his way to figures of 6/22 off 10 overs.

Moe has struggled with consistency with the bat this season, which was highlighted by its fortunes on Saturday against Jeeralang-Boolarra.

Batting first in the rain-affected match, Moe lost three quick wickets – including captain and batting talisman Andrew Philip – before Riley Baldi got the innings back on track with 77.

Just two other batsmen made it into double figures, with Kane O’Connell making 15 and Ben Maslen 18.

They will need more contributors if they hope to overcome an undefeated Morwell outfit which has proven this season capable of dominating with bat and ball.

But Moe has serious batting firepower in the form of Philip, who leads the first grade run-scorer list with 464 runs at an average of 58 – including one 100 and three 50s.

The Tigers will know the key to victory involves getting the Moe skipper early and will do everything in their power to make his stay at the crease a short one.

Morwell are no slouches with the bat either, with four players appearing on the list of the season’s top run scorers.

Morwell has the firepower with bat and ball to dominate this game and Moe will need to put in its best performance of the season to end the Tigers’ undefeated streak.

With the top two teams facing off this weekend, third-placed Mirboo North has been presented with a golden opportunity to jump into second if it can defeat Jeeralang-Boolarra.

Mirboo North has lost only two games this year – to Moe in round two and Morwell in round eight – and should secure second place if it can defeat the Panthers, and the Lions fail against Morwell.

The Tigers match against Trafalgar barely got underway on Saturday before it was called off due to wet weather.

The Ships reached 1/55 off 20 overs before play was abandoned, with Rohan Hughes the sole wicket-taker.

Jeeralang-Boolarra fared better in its outing against Moe, with Matt McGrath taking 3/32 off his 10 overs and Craig Blackberry taking 4/12 off 4.1 overs.

His teammate Will Cheatley was also in blistering form in the first half of the season, with 15 wickets to his name and 275 runs at an average of 45.83.

A victory for Jeeralang-Boolarra would allow the fourth-placed team to close the gap on Mirboo North.

Latrobe travels to Trafalgar Recreation Reserve this Saturday in search of vital points as the reigning premier looks to get its season back on track against Trafalgar.

The Sharks find themselves in unfamiliar territory in fifth place and will look to use their match against the bottom-placed Ships to sneak back into the top four.

The reigning premier’s ranks have been bolstered by the return of Irish all-rounder Rob McKinley.

Trafalgar’s last win came against Latrobe in round four when import Marco Higgins made 60 and youngster Brodie Burgess made 41 to help the Ships to 8/143 before Zack Brown took five wickets to have the Sharks all out for 74.

McKinley’s inclusion and the return of club legend Anthony Bloomfield should be enough to prevent a repeat but Trafalgar will take confidence from the win.