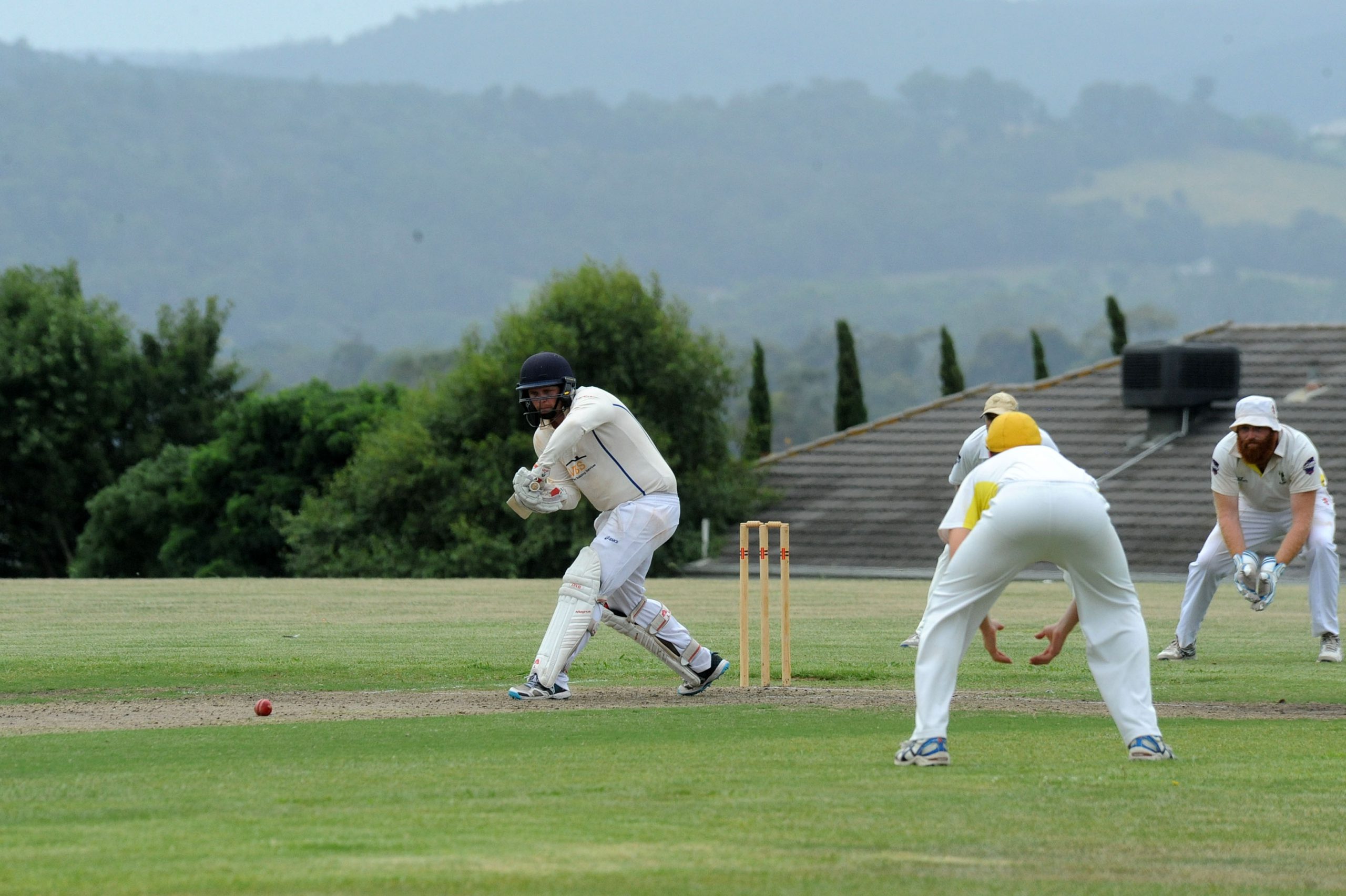 Imperials has secured a much-need outright win over Traralgon West at the weekend to move to fifth spot on the TDCA ladder.

Tim Fitch (24) was the only player to make it past the 20-run mark for the Eagles while Nilantha Thillekarathna managed 17 in an innings that saw all others fail to reach double digits.

Despite the loss of opener Ryan Morley in the early stages of the run chase, Imperials batted steadily and declared at 8/182 in the 35th over.

Traralgon West batted again and fought hard in the second innings to out reach 197 before Imperials made the 78 runs needed for an outright win in just 14 overs at 1/78.

Gormandale has provided the upset of round 10 with a stunning win over defending premier and powerhouse Ex Students.

Despite the loss of three early wickets for 29 runs, the Tigers rose to the challenge on day one and clawed their way to a respectable total of 166.

Jefferson Daniel came in at number four and stood tall for Gormandale to add 33 of his own while Shaun Barbour’s unbeaten 36 at number nine was the knock of the innings.

The Sharks were shaky in reply and suffered an early blow when Matt Robertson was run out for a duck.

James Pryde and Lee Stockdale stuck around long enough to get Ex Students to 4/60 at stumps but Stockdale dismissal for 44 on day two signalled a collapse in the order.

With 375 runs for the season to date, a duck from the ever-reliable Rick Battista’s was the nail in the coffin for the Sharks as they fell 36 runs short to hand Gormandale the win.

The loss means Ex Students has slipped to third on the TDCA ladder, seven points off the pace of Raiders in first.

Churchill has moved to second spot on the TDCA ladder and raised its hand as a serious contender after a commanding performance against Rovers.

The home side was unrelenting on day one and a fiery attack led by Brendan Mason (4/12) allowed the luckless Rovers just 75 runs.

Ryan Ayres (3/31) and Ryan Harvey (2/4) also played a pivotal role for Churchill while Kurt Holt finished with one.

Churchill was unrelenting in the run chase and took just 23 overs to eclipse the measly target and declare at 5/161.

Rovers went in to bat again and with first innings points already in the bag, Churchill retreated early in the second innings to allow Justin Little to reach a season best of 83.

Chasing 191, the opening pair of Jesse Giardina (53 not out) and Ben Kearns (54 not out) were indomitable for Churchill on its way to an outright win to claim the 10 points.

Toongabbie has fallen agonisingly short of an outright win in round 10 after dismissing Centrals for 101 on day one.

Aaron Lynch and Ben Atchinson led the way for the Rams with four wickets each in the first innings before their side went in to bat again for 11 overs and declared at 2/85 with a commanding 146-lead.

In a thrilling last-ball finish, Centrals hung on to stand at 9/96 to avoid the outright loss.

Tom Shippen shone in tough conditions for the Rams and snagged a magical hat-trick to finish with 6/26.

The win sees Toongabbie sit in fourth spot on the TDCA ladder on 37 points while Centrals languish in ninth.

A stunning seven-wicket haul from Ross Whelpdale has led MTY Raiders to victory over Glengarry in round 10.

The away side won the toss and elected to bat on day one in a decision that would soon pay dividends.

Through Brad Knowles (70) and Jason MacFarlane (55) Raiders rounded out day one with a total of 247 to stand in a commanding position.

Glengarry emerged resolute on day two and gave Raiders reason to worry after Sam and Frank Marks partnered to reach 64 before the latter was taken by Ross Whelpdale on 31.

Sam followed soon after for 38 and was joined by Kent Hammond (12) as the second and third victims of a rampant Whelpdale.

Ben Marks provided some fight at number five and managed 41 but it wasn’t enough to edge Glengarry to victory as the 2016/17 runner-up fell 19 runs short in the chase.