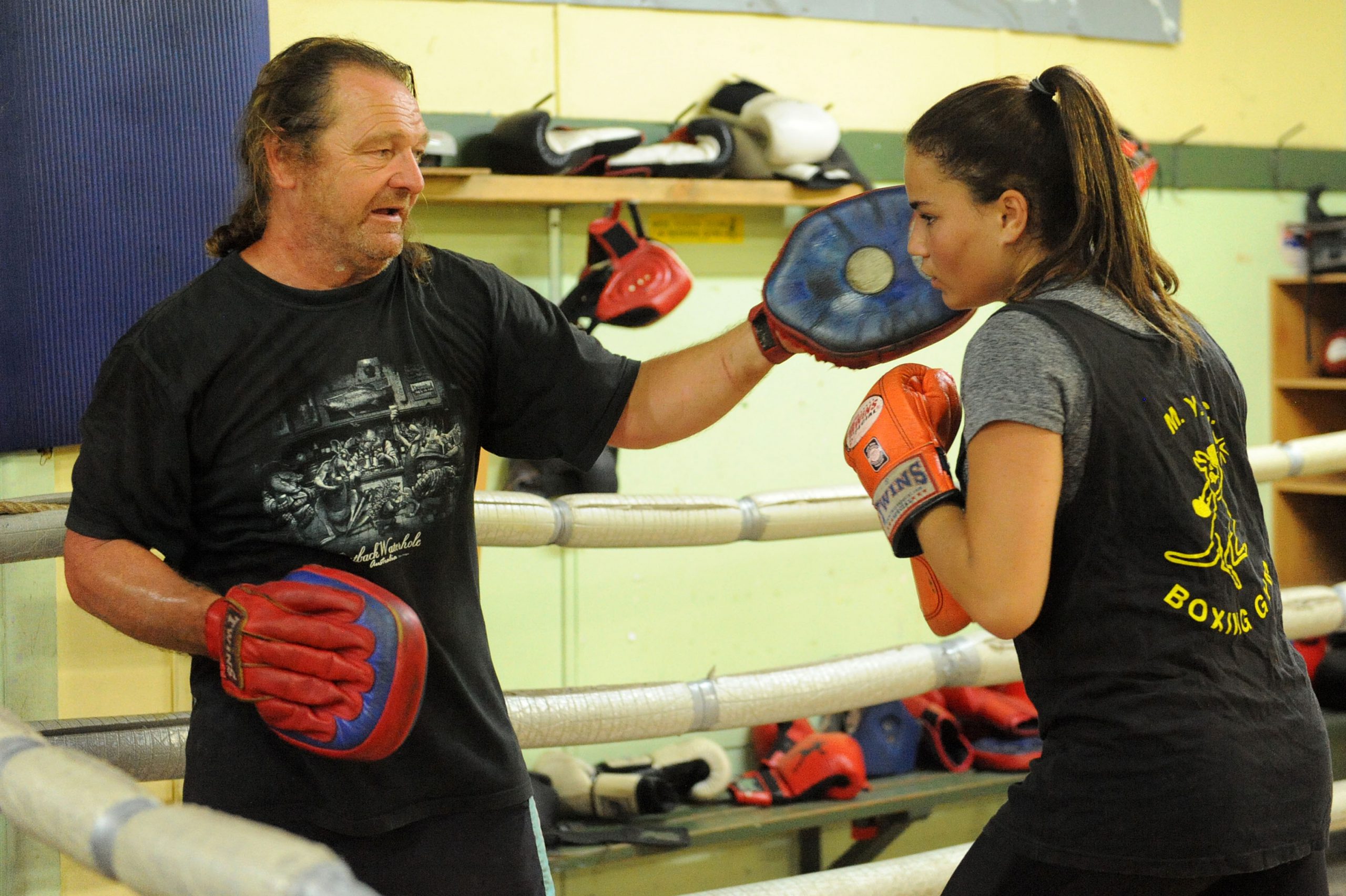 Paul Jenkins fell out of love with boxing two-and-a-half years ago but thanks to an unlikely group of amateur athletes he has found his passion again.

The stalwart has been the figurehead of the Moe Youth Club Boxing Gym for more than 30 years and has rediscovered his passion.

“I almost gave boxing away due to political reasons, and these kids are the reason I’m still here,” Jenkins said.

After becoming disenfranchised with the sport through working with a major boxing body and a difference of opinion, Jenkins now pours himself into the youth gym and its young athletes.

“The company I was working with got taken over by professional promoters and became all about the money … and it’s about the kids, not money,” he said.

While he “burnt [his] bridges” fighting for a greater cause, Jenkins said the current crop of enthusiastic youngsters under his tutelage are “the reason [he] keeps going.”

The son of a former professional boxer, Jenkins harboured a passion for the sport from a young age and found himself in charge of the Moe Youth Club Boxing Gym by chance.

“My dad was a fighter and I was young … I filled in here when we first opened 32 years ago and then the trainer pulled out after about four weeks and I’m still here,” he said.

Jenkins works full-time on a farm in Warragul and travels to the gym in Moe three nights a week to help out local youths with a passion for the sport.

Phill Wells, whose son Blake trains with Jenkins three nights a week, said Jenkins was selfless in his pursuit to harbour the next crop of young boxing talent.

“In Paul’s mind – and it’s one which is a very rare trait these days – it’s more important the kids have a sense of belonging than it is for the kid to pay,” Wells said.

“There are some kids that come to the gym and can’t afford to pay for whatever reason, and Paul just doesn’t worry about it.

“Paul charges the kids $30 a year, and that’s just to cover his electrical costs and bills and stuff like that … he’s never drawn a cent from the gym.”

Wells said boxing with Jenkins had given son Blake a new sense of belonging.

“It’s given Blake a focus and it’s allowed him to find something that he has an interest and a bit of a passion in, and it’s given him that drive,” Wells said.

“He just loves coming to training and really looks forward to days he has boxing.

“It’s giving him confidence and he’s part of a team here.”

After developing an appreciation for Jenkins’ commitment to fostering young talent, Wells felt obliged to step in and offer help.

“Paul does a fantastic job and he’s an absolute trooper, but the gym is a registered charity so we need help with funding so it can continue to operate and help keep kids off the streets,” Wells said.

“While he’s focussing on the kids he helps them build self-confidence and give them a sense of belonging … and he takes care of all the overheads himself.”

Reluctant to accept any kind of praise, Jenkins said he would continue to coach at the Moe Youth Club Boxing Gym at all costs.