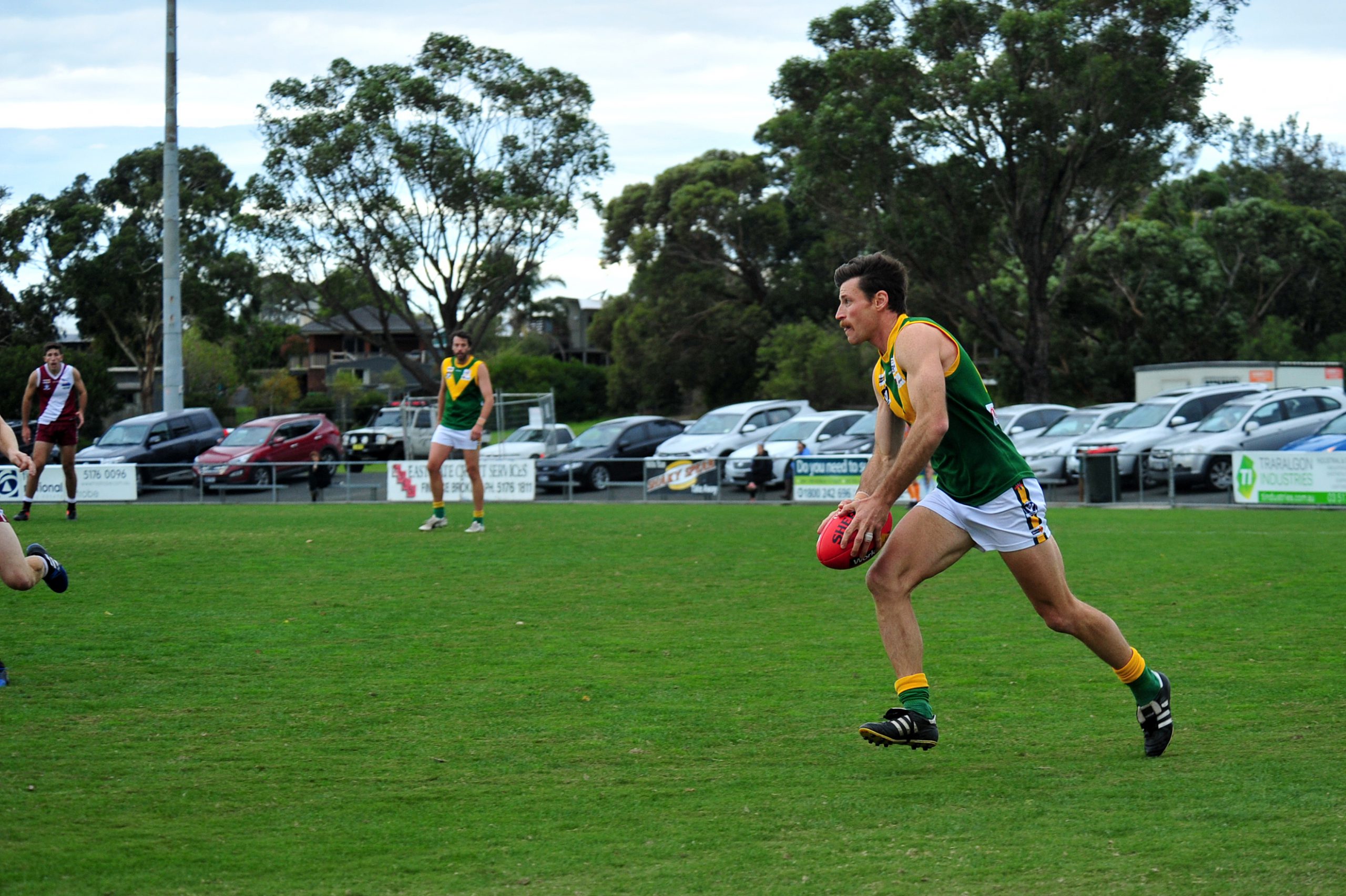 A Chris Dunne-led Leongatha got their premiership defence underway in style on Good Friday with a dominant 49-point win over Wonthaggi in the first week of the split round, 17.7 (115) to 10.6 (66).

Incoming coach Paul Carbis had his work cut out for him in the opening term, as Wonthaggi emerged a changed side from the one that finished eighth in 2017 to trail by 15 points at the first break.

The Parrots kicked away in the second term and added four goals to the Power’s one to give themselves a handy 31-point buffer at half-time.

The margin stretched to 51 at the last break and Leongatha was afforded some breathing room thanks to a handful of multiple goalkickers.

Leongatha’s defence was watertight and the shutdown efforts of Josh Schelling and company allowed Wonthaggi just five goals after quarter-time.

Josh Hopkins enjoyed a field day in the middle for the Parrots and featured in the best-on-ground votes alongside debutant Dylan Garnham who looked at home in the forward pocket and booted three.

Chris Dunne’s five goal-haul from the other pocket was enough to land him on the best-on list while on-baller Tom Marriott and half-forward Brok Davidson kicked two each.

Young gun Mitchell Bentvelzen showed plenty of promise for the Parrots and took the six votes for player of the day.

Despite the second-half blowout, Wonthaggi looked a markedly improved outfit from 2017 and should take solace from their first-half performance ahead of next weekend’s round two clash with Warragul.

It was a goal apiece at quarter-time after a congested first term, but Warragul were wasteful in front of goal and had five scoring shots to Morwell’s two.

The Tigers were left stunned in the second quarter as the Gulls swooped up forward and stacked on eight goals to all but put the game to bed with a 45-point lead.

Things didn’t improve for Morwell after half time as they were held goalless in the third to give Warragul their biggest lead of the day at the final break, 12.13 (85) to 2.7 (19).

The final term was a mere formality for the rampant Gulls who took their foot off the pedal and scored once more to seal the 60-point victory.

Tyler Hillier was valiant for the Tigers through the medal and was their best performer on the day with six votes for best-on-ground.

For Warragul, a handful of new recruits were key, and if their round-one performance is anything to go by they will be a mighty force this season.