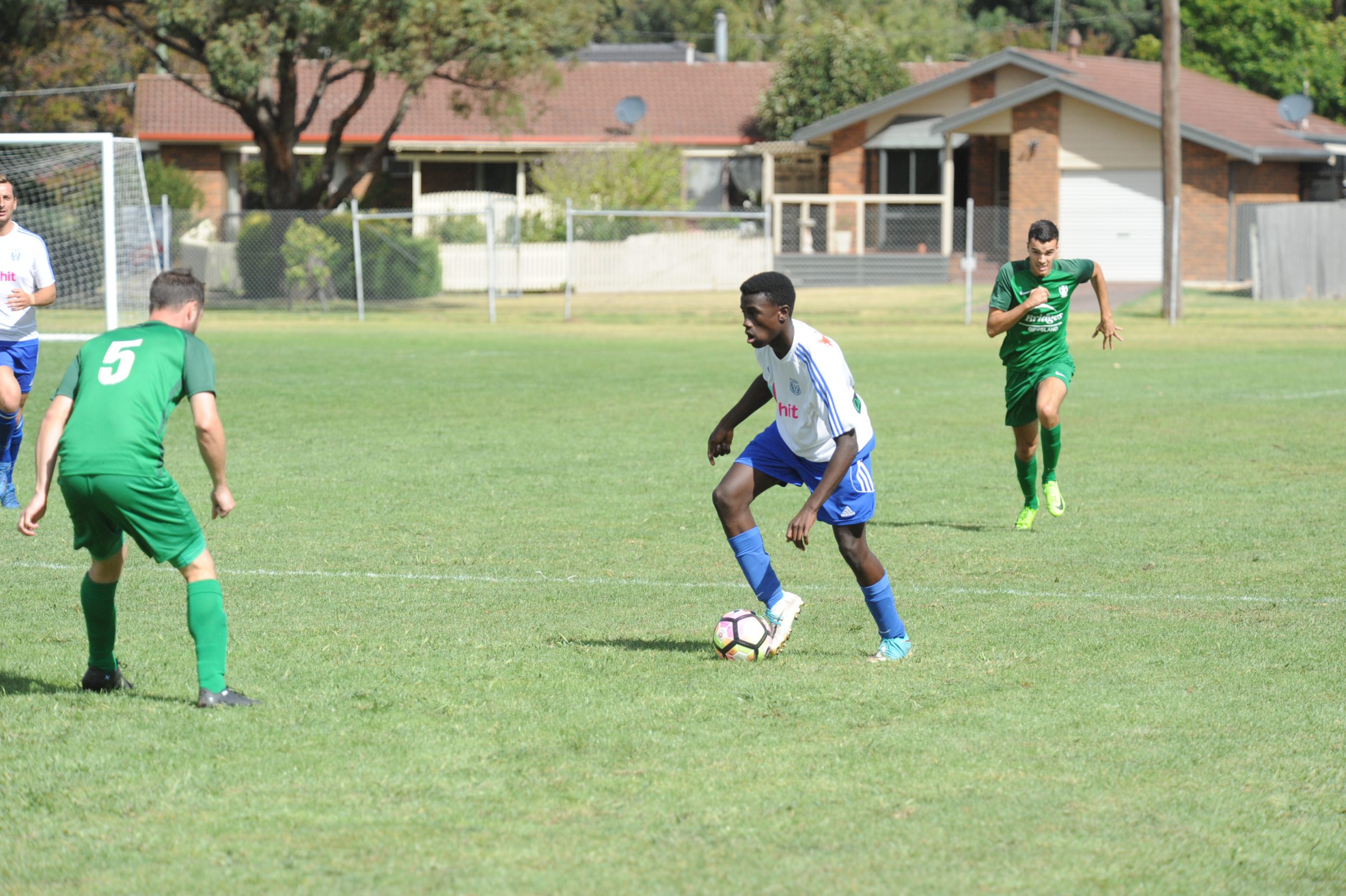 Falcons 2000 and Traralgon City meet to kick off round three in the Latrobe Valley Soccer League this Saturday in a pivotal match at Latrobe City Sports Stadium.

Traralgon City shared the points with Fortuna in round two while Falcons won comfortably over East Gippsland.

The Roosters have managed a single goal so far this season in their two matches and 2017 leading scorer DJ Matar is yet to put one in to the back of the net but his time will come.

Falcons have the leading league scorer in Jesse Kennedy, who has five from two and is proving very difficult for oppositions to hold.

The defence of Traralgon City will be tested as the Falcons also have Jamie Pistrin, coach Nick D’Allesandro and Tommy d’Alia as danger men.

Saturday’s game will be a big test for both keepers with both boasting clean sheets after round two.

Traralgon will rely heavily on strikers Jake Budija and Liam Johnson to push through the Falcons’ defence.

City beat Falcons last season so another win could be on the cards.

This will be the 37th match between the two teams and Traralgon City have only beaten Falcons twice in the last six seasons.

Bragging rights are up for grabs this weekend when Traralgon Olympians host Fortuna at HP Reserve on Saturday.

Fortuna played well in round two and were unlucky to fall to Traralgon City.

David O’Dowd, Jamie Coltman and Liam McCluskey were standout performers and are expected to play a leading role again.

Olympians have won the last three over Fortuna but stumbled against Monash last week in a big upset and will need to get it together if they are to get the points on Saturday.

Churchill will be looking for redemption against Monash at Hazelwood South Reserve on Saturday after enduring a drubbing at the hands of Sale in round two.

The Rams will need to forget last week’s 6-0 loss and reset.

Coach Dean Pyle thinks his side is far more competitive than the round two result suggested.

Monash had a good winner last week and are confident in their ability to build in the score line.

The win over Olympians was a somewhat unexpected one and the side will take plenty of confidence from the upset.

Monash have won four of the last five over Churchill but history has Churchill leading 55/30 in the 88 matches played between the two.

Moe and Sale drew in their meeting last season and will be keen to break the stalemate when they face off at Olympic Park on Saturday.

Moe are back after the bye fixture while Sale are still basking in their 6-0 thrashing of Churchill.

Historically, Sale have struggled on the road and Moe have the edge in the favouritism stakes ahead of Saturday.

The Eagles are winless so far in 2018 and round two and are up against a side that holds a 4-1 win record over them.

Newborough/Yallourn wrote themselves into the record books last weekend with a monster 8-0 win over Trafalgar and will be hoping to repeat that effort.

The addition of Shayne Pavich from Tyers has been a boon and the form shown by Alex Van Vliet has been impressive.

East Gippsland have a couple of tall forwards and if they can score then the pressure will be on Newborough/Yallourn.

Morwell Pegasus are away to Eltham Redbacks on Saturday and are on the hunt for their first win of the season.

Pegasus were impressive in their first match and played out a 3-3 draw against Caulfield Cobras, with Paul Kuol scoring at 90 minutes to force the deadlock.

Alpha Turay was in good form and scored a brace for Pegasus.