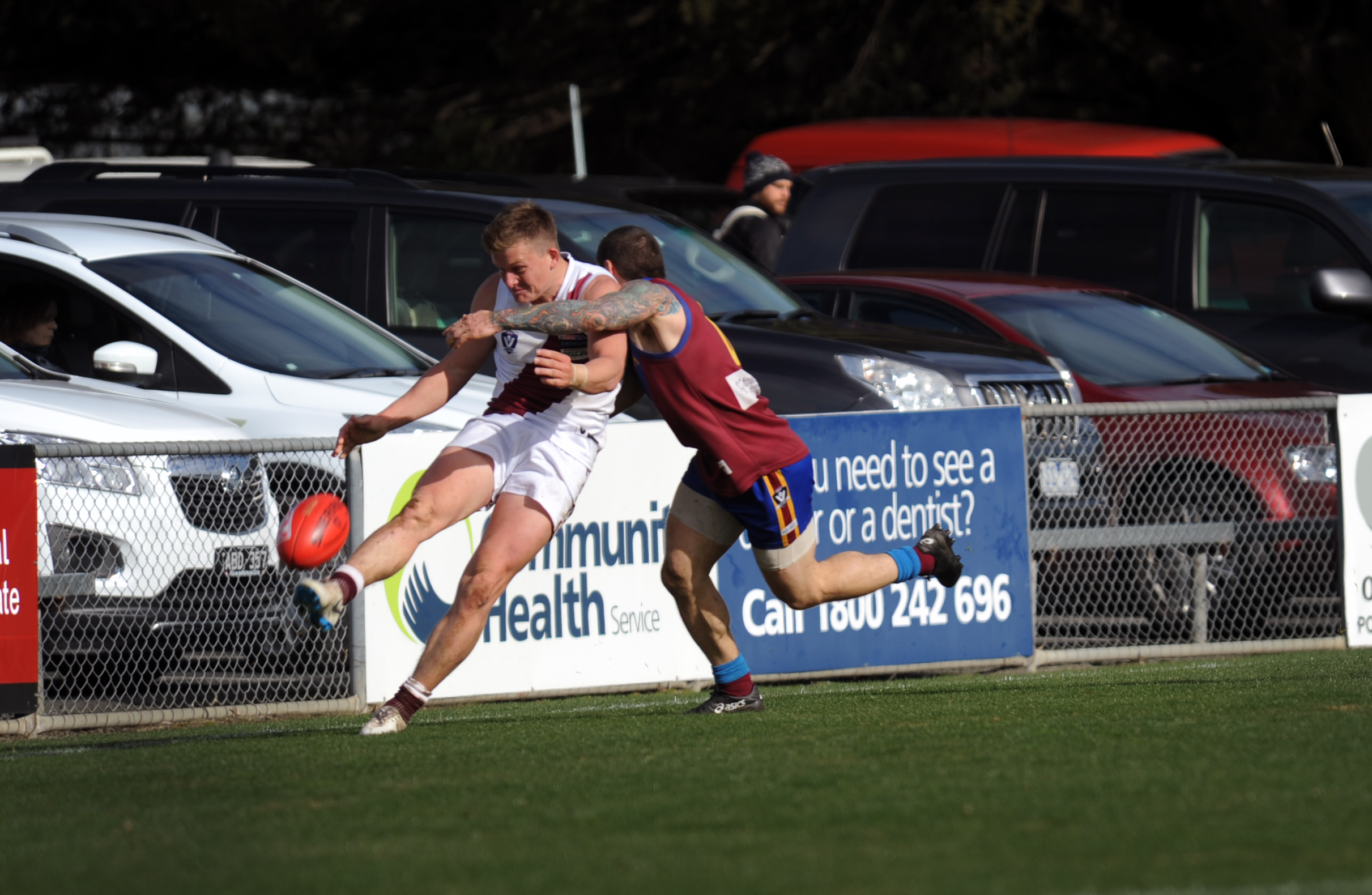 Sale were no match for defending premiers Leongatha in the Gippsland League qualifying final on Saturday, as the Parrots bulldozed their way through to the next stage with a commanding win, 14.10 (94) to 2.11 (23).

There was a sense of deja vu about the game for Sale, who fell victim to the Parrots for the second consecutive week after losing out by 59 points in the final round of the home and away season.

The Magpies were dealt a blow before the first bounce, with the withdrawal of key playmakers of John Gooch and Kane Martin.

However, Sale’s Brad Dessent was the first to draw blood five minutes into the first term and was well aided by the Magpies midfielders including brother Jordan.

The tide began to turn for the Parrots in the second term as Tom Marriott and Hayden Browne started to command play through the midfield and helped their side to a 24-point lead at the main break.

The pain continued for Sale in the third term as they struggled to contain the flow of Leongatha’s ball movement and the margin blew out to 39 points at the last change.

James Lloyd found his third goal for the Parrots in the final term and John Ginnane his second as the defending premiers ran out 71-point victors.

Leongatha will now face Maffra in a second semi-final showdown while Sale will come up against Moe in the first semi-final.

Traralgon have won through to the semi-finals after ending the campaign of arch-rivals Moe in the elimination final in front of a healthy crowd at Morwell Recreation Reserve yesterday, 15.11 (101) to 10.10 (70).

The Maroons were down by five points at quarter-time but regrouped in the second to score four goals to the Lions’ two to lead by one kick at the main break.

The margin was just two points in Traralgon’s favour at the last change but they came home with legs and piled on six goals to run out 31-point winners.

Chris Urie finished with four for the Maroons, Dylan Loprese three and two each went to Darren White, Jackson McMahon and Michael Burge.

Coach Mark Collison made a triumphant return to the side for his first game since round 10 and racked up 33 possessions in a leading performance.