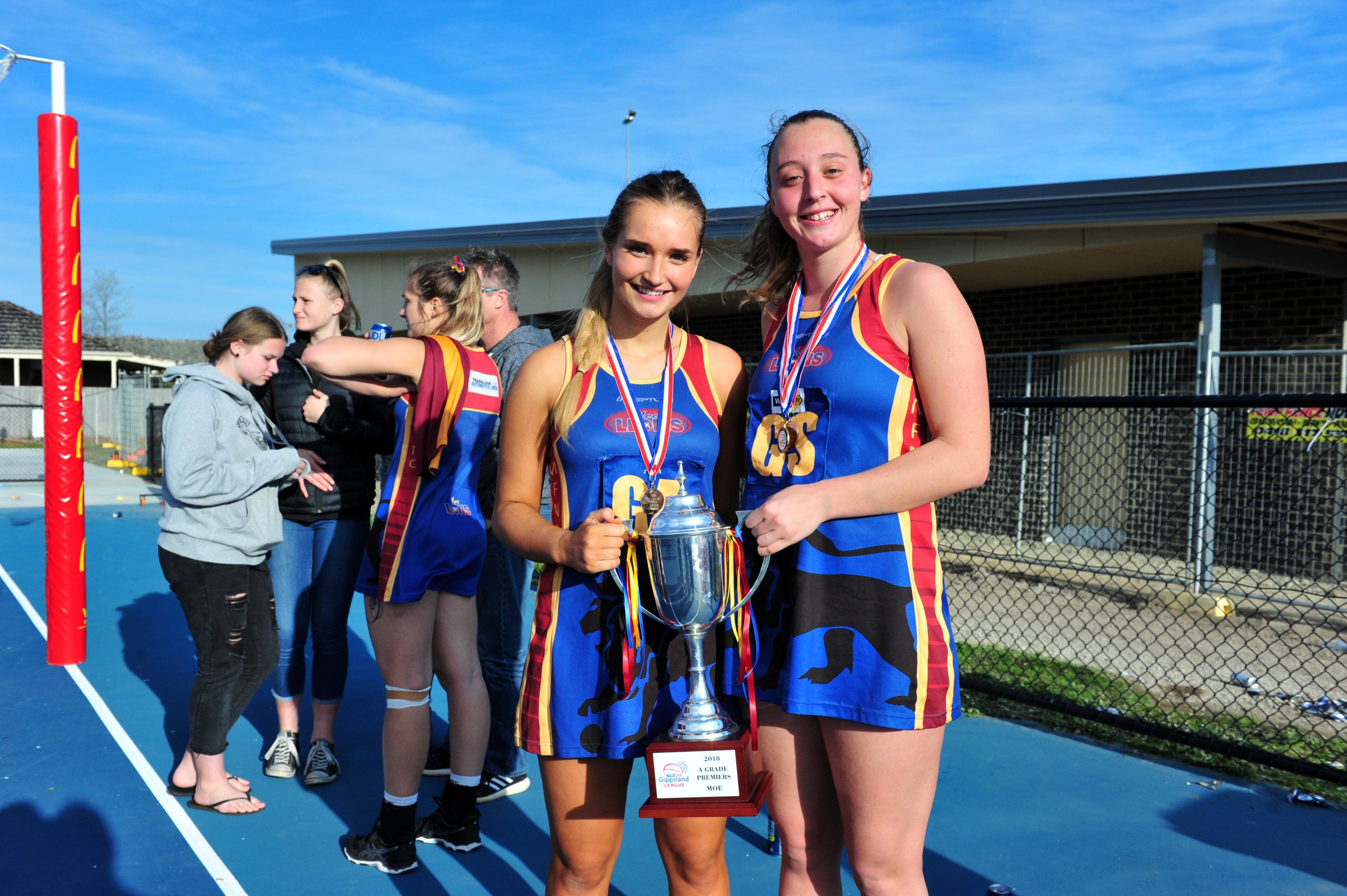 Teamwork is the cornerstone of any successful partnership, but there is a special sort of synchronicity about the pairing of Bella Hodgson and Georgia Moody in the Lions’ A grade goal circle.

The teenagers were pitted against an older, more experienced defensive duo in Saturday’s grand final and belied their years in a performance that lifted their side to an historic flag win.

Bella, 18, was named best on court in the grand final and was lured to Moe by friend and Victorian Netball League teammate Georgia at the start of the year.

“Georgia said it would be good practice in case I wasn’t getting court time down at Boroondara, to come down and get the atmosphere of Moe,” Bella said.

“She said that the aggression out at Moe would help develop me as a goal shooter, especially as I start going up the grades.

“That’s how she pitched it and she kind of sold it to me.”

The pair have only played together for one season at Boroondara Express but have quickly formed a formidable goaling force.

“It’s definitely more physical here. It’s different. You get to learn what works for you personally with just a little bit of guidance and going back to the basics,” Bella said.

“It’s a little more freestyle I guess for us.”

Georgia, 16, got her first taste of top tier country netball last year as a 15-year-old and while daunted at first, said she had come into her own at Moe.

“I played [at Moe] last year so I kind of got used to it and I got a bit of confidence this year and knew how to take on the bigger bodies and I guess I’m kind of just used to it now,” she said.

“Me and Bella, we kind of just know where each other is, like I take the front space and Bella takes the back space.

Georgia said life at Moe was “more chilled” than at Boroondara, but admitted playing under dad Peter as coach was vastly different – for better and worse.

“At Boroondara at quarter-time you’ll have three coaches talking to you and it’s really full on, but here it’s just dad,” she said.

“Sometimes he talks a bit too much, which is annoying, but he is good and I like having him as a coach and it’s really good to win the premiership.