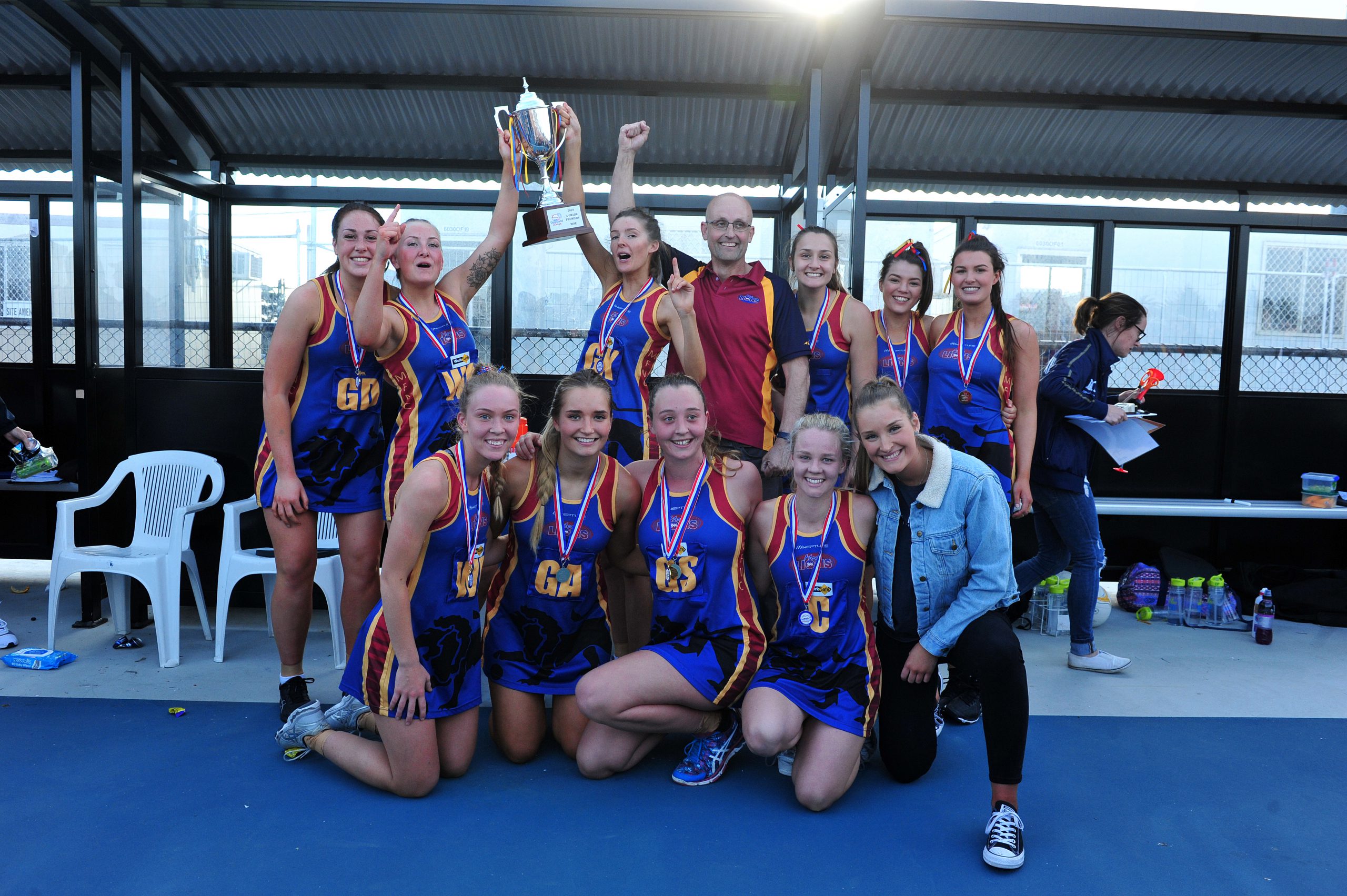 Moe have dethroned defending champions Traralgon to record a historic victory and seal their first A grade netball premiership in a thriller on Saturday, 52-50.

The Lions were stunned in the opener as Traralgon started in characteristic fashion and raced away to a 4-0 lead in the blink of an eye.

The absence of gun goaler and league shooting star award winner Taylin Gourley didn’t seem to hamper the Maroons at all, as sister Ramayer swung from defence to fill the role of goal shooter.

Moe appeared helpless against the pace and precision of Traralgon’s ball movement and Kate French and Stacey O’Brien were commanding the midcourt and forcing turnovers at every opportunity.

The defending premiers cantered into quarter-time with a 17-10 lead, but the tide changed after the break as the young Lions found their feet on the big stage.

Goaling duo Georgia Moody and Bella Hodgson were on song, and with Ramayer Gourley at the other end, Hodgson was left to dominate the circle with her height.

Shannon Freeman had the unenviable task of holding Gourley to account in the goal circle at the other end and was doing it with aplomb – rebounding and switching into attack with effect.

Scores drew level at 21 apiece late in the term before Moe hit the front for the first time to lead 27-26 at the main break.

The pairing of O’Brien and French in the midcourt was key for Traralgon in the third term as they helped swing the lead two goals in their favour at the last change.

The momentum carried into the final term and the Maroons gained a four-goal lead before the Lions staged an almighty comeback.

Captain Sammy Waters and Charlize Bird were instrumental through the midcourt and willed their side back into action and over the line in a stunning last-quarter performance.

Coach Peter Moody said “Traralgon pushed us to play netball that we didn’t think we were capable of”.

“It’s just surreal. I think at quarter-time, unfortunately because of our youth, we didn’t settle like I hoped they would and I just spoke at quarter-time about calming everything down,” Moody said.

“They just managed to level it up through composed play. We knew we had a mismatch in the goal circle with Bella [Hodgson] and the instruction was to just get it into her.

“At one stage I thought the girls were playing a bit safe, and that’s sort of the way we play – a safe brand of netball I guess.”

Four goals down mid-way through the final term, Moody admitted he thought the Lions were gone but was astonished by their gutsy comeback.

“It was incredible. I didn’t know what was going to happen. We spoke before the game that regardless of whatever position the game was in that we weren’t to panic,” he said.

“Overall I was just so proud of the way they were able to compose themselves and not only draw level, but move ahead of such a quality outfit like Traralgon.

“I could not be more proud of these girls.”