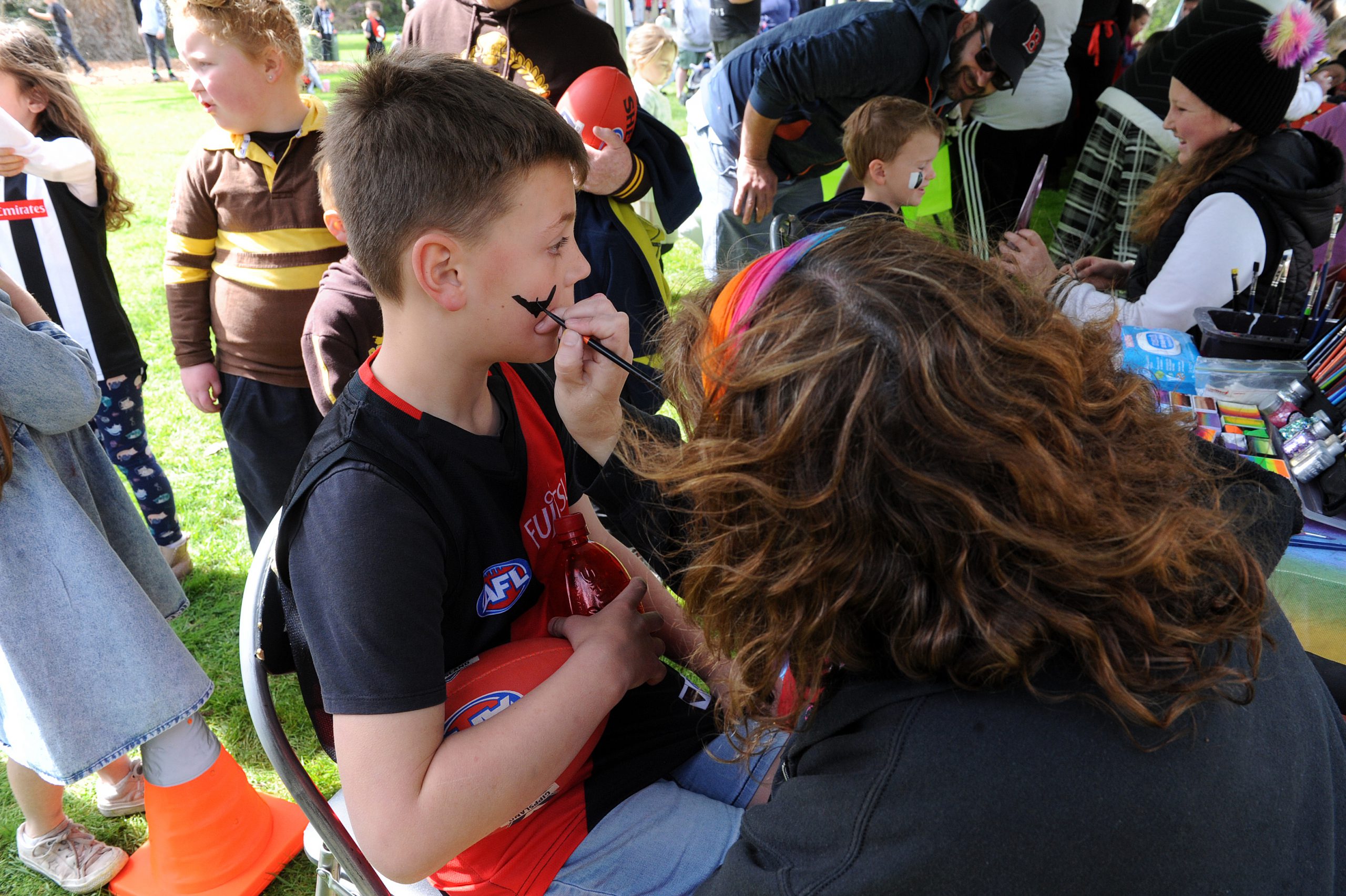 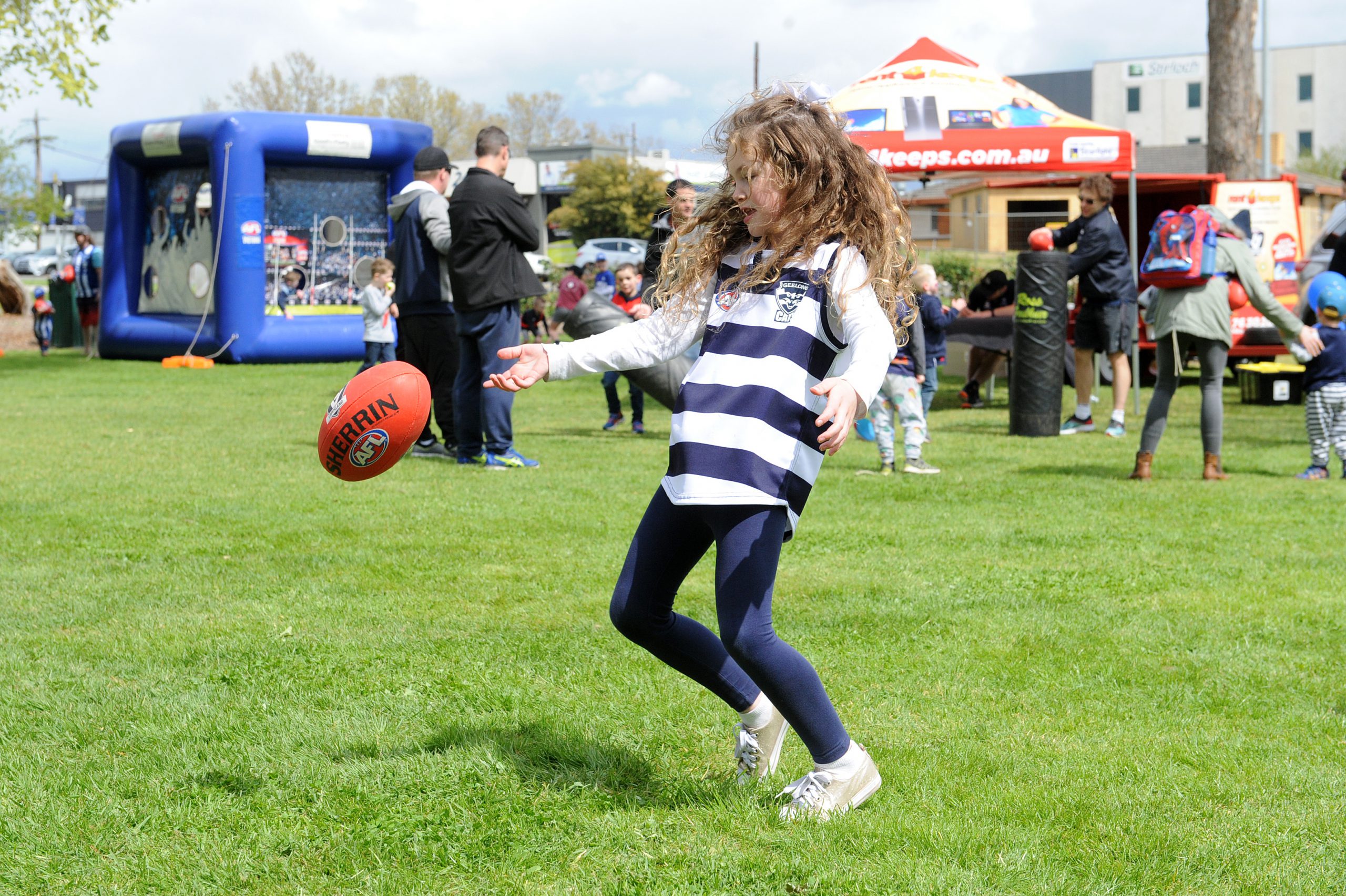 Hundreds of diehard football fans flocked to Victory Park in Traralgon last week ahead of the AFL Grand Final for a day of fun at the free footy festival on Friday.

The first 500 children through the gates were given a football of their own to kick around and put to use at the many inflatable activity zones.

Budding AFL and AFLW stars honed their handball skills with target practice, tested their agility through obstacles and mastered set shots on goal.

There were also a number of activities including a drawing and colouring in station and youngsters had their team colours splashed on their skin thanks to a face painting station.