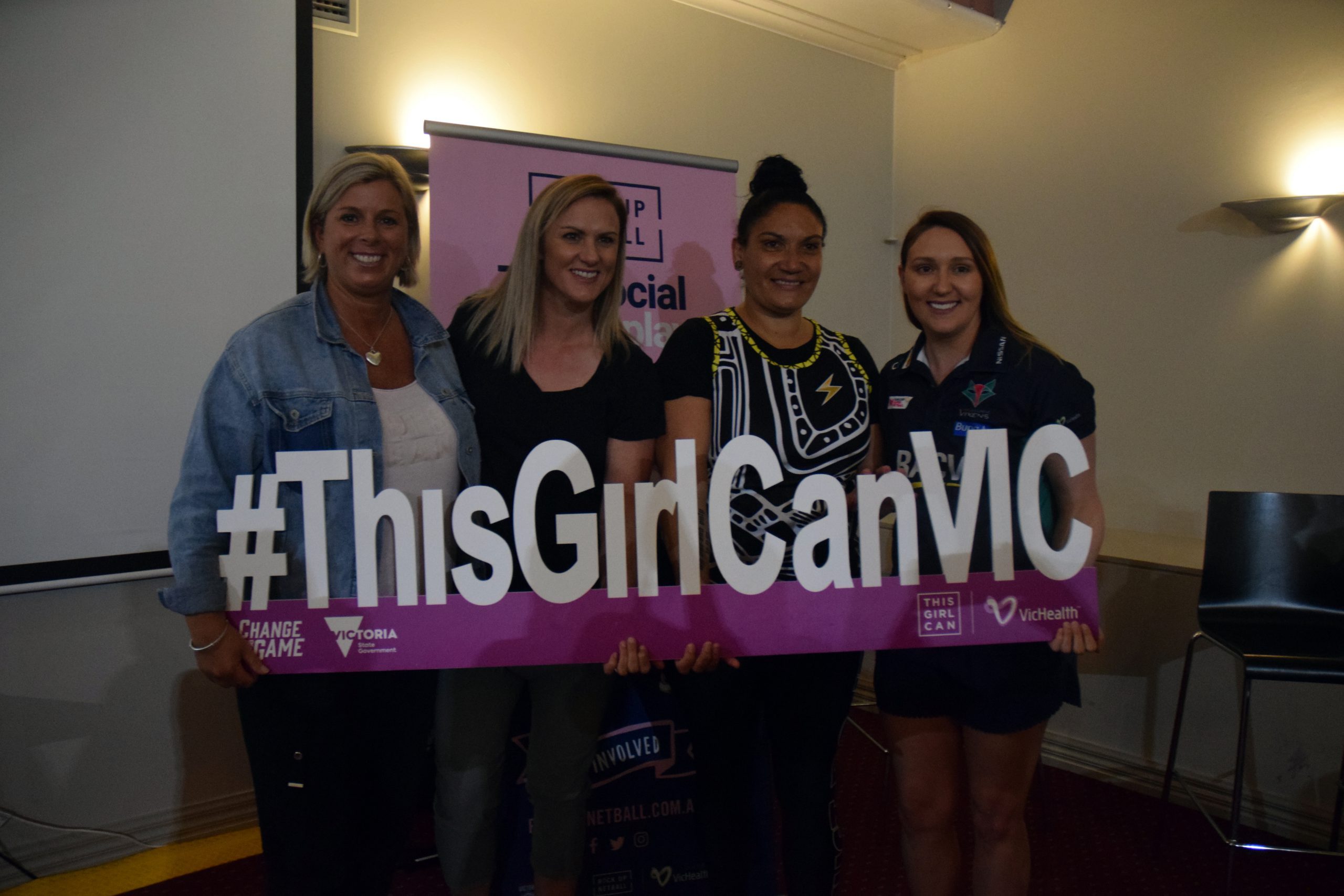 Australian netballing legends Sharelle McMahon and Khao Watts are no strangers to the challenges of getting active after their netball careers.

The former Australian national netball team captain and recently-retired Melbourne Vixens mid-courter spoke at a panel on Tuesday night in Traralgon, emceed by netball commentator Sue Gaudion, on the importance of women participating in physical activity.

Local netball coach Naomi Murphy also spoke on the panel and shared her journey about getting involved in the game.

The event, hosted by VicHealth and Netball Victoria, promoted the This Girl Can Vic campaign and the Rock Up Netball initiative, a program in the Latrobe Valley that allows women to participate in netball training sessions and social games without commitment.

Watts said VicHealth research showed that women over 25 were much less likely to participate in organised sport than men.

“What I’ve learned from being a VicHealth ambassador is that there is a lot of barriers that women over 25 can face,” Watts said.

“One that we hear a lot is if they have children and they’re coming back, they actually feel really guilty doing something for themselves and I think we can spread the message that it is ok to do that.

“It is really important for you to take time for yourself too, for your physical and your mental health and that is just one of those barriers that we hear a lot when we do these events. “

VicHealth research also shows that women’s participation in sports declined substantially as women got older, with anecdotal data from VicHealth revealing that women may feel too embarrassed to exercise in public for fear of looking silly, not being good enough or not being thin enough.

“Also the self-confidence as well, whether, after babies, maybe they have put on a bit of weight and they don’t want to get out there as they might be a bit self -conscious, so we want to be here to give them the confidence to feel empowered to do that.

Watts said Rock Up Netball was a good option for women to increase their physical activity if they had limited time constraints or couldn’t commit to a social team or sports club every week.

“You can sign up as an individual and come to a training session or a competition session where you can just play in a really safe, supported environment and have fun and be physically active,” she said.

“At the end of the day, it doesn’t matter if it is netball or any type of physical activity. We just want women feeling like they can get out and be active, regardless of if they are a bit self-conscious, or … if it is only a 10-minute walk.

“If that is what you can do, then that is awesome. Any physical activity is great.”