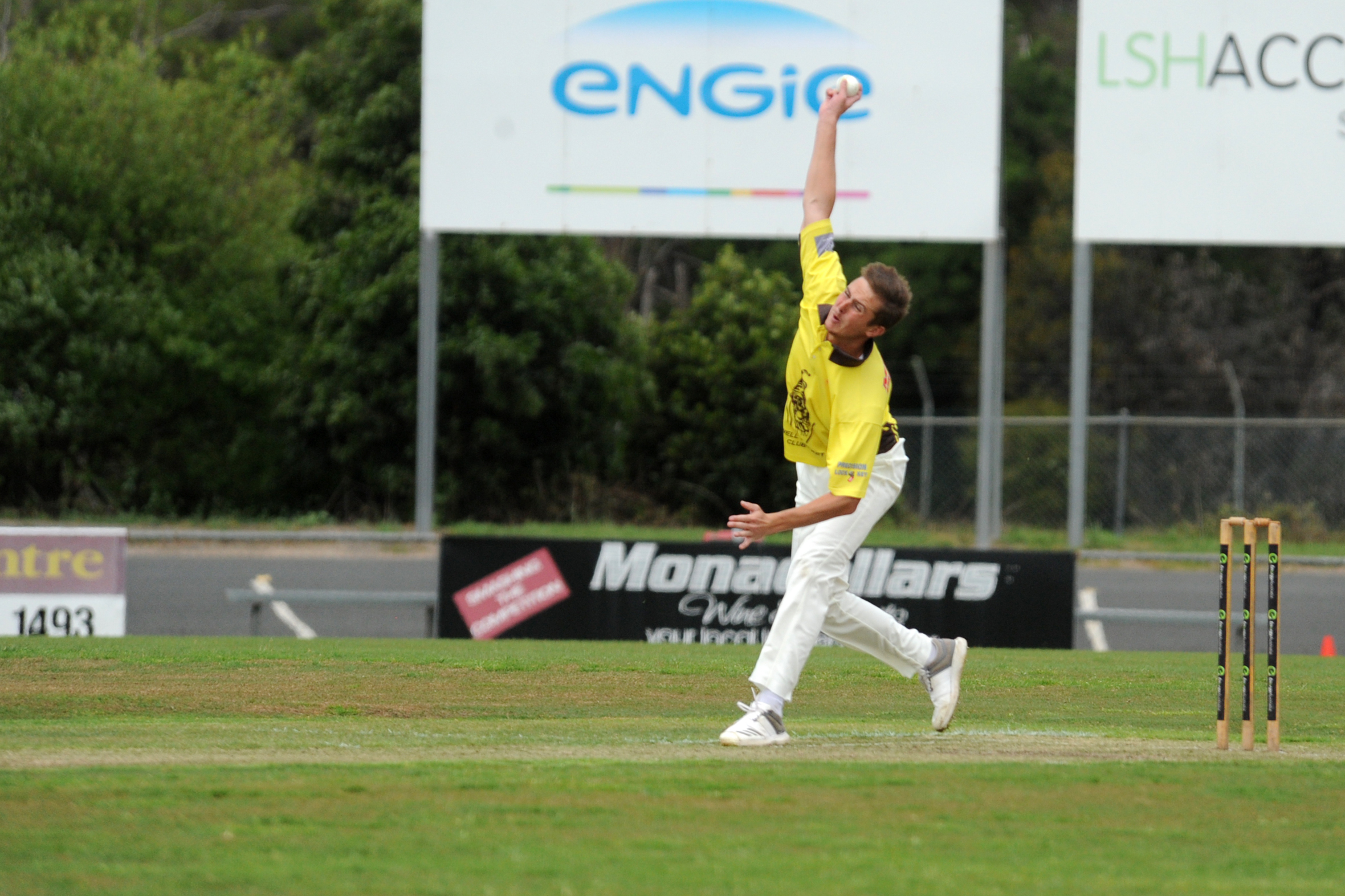 Morwell have taken the spoils in round five’s battle of the Tigers, accounting for Mirboo North on Saturday at Morwell Recreation Reserve.

The visitors won the toss and headed into bat and looked in strife as opener Callum Polo failed to trouble the scorers and was followed by Parkdale recruit Jimmy Grande (17), Ryan Murray (1) and Will Cheatley (4) in quick succession.

At 4/31, Damien Turner joined Shane Peters at the crease as the pair recharged the innings and helped Mirboo North to a formidable 181, with Peters’ 63 the pick of the innings.

In reply, Morwell were able to account for the early loss of Mark Cukier for six with the pairing of Sam Mooney and Craig Giddens, who put together a strong stand before the fall of Giddens (26) had them at 2/70.

Captain Robert Webber joined Mooney at the crease for a short time before Rob Phoenix took his second wicket of the day to dismiss Mooney for 21.

It was Jordan Campbell’s 33 not out at number seven that was the best of innings for Morwell as they reached the target with four wickets in hand in the 45th over.

The win cements third spot on the LVDCL Premier A grade ladder for Morwell while Mirboo North sit at the bottom.

The CATS juggernaut rolled on at the weekend as it claimed the scalp of MTY Raiders on Saturday at Yinnar Recreation Reserve.

The hosts won the toss and went into bat, and skipper Liam Maynard’s knock of 41 was the best for the innings.

Maynard was caught and bowled by CATS skipper Ben Julin, who went on to claim another four scalps to lead the charge with 5/40, as Yinnar were all out for 171 with one over to spare.

Tinashe Panyangara and Josh Keyhoe got the run chase underway for CATS, and after the loss of Keyhoe for 13, Rory Hare joined the party.

Hare went on to top-score with 53 and Panyangara 42, in an 80-run stand that helped CATS to the win with four wickets in hand with seven overs remaining.

CATS sit pretty in first spot on the LVDCL Premier A grade ladder, three points clear of Churchill, while Raiders are in fourth on eight points.

Captain John Keighran has led Churchill to victory for the second week running with his 60 helping the Cobras overcome Moe in just 28 overs on Saturday.

Churchill won the toss and sent the Lions into bat, in a decision that would soon pay off.

The loss of Anthony Clarke-Bruce left Moe at 3/76 but signalled the start of minor collapse as three more wickets fell for 13 runs.

Jayden Mathison’s unbeaten 32 at was the best any Lion could manage, with captain Andrew Philip’s 29 and opener Patrick Spiteri’s 28 next best as they were all out for 146.

The Cobras stuttered early in the run chase as openers Ben Kearns (3) and Matt Harvey (8) fell cheaply, but an 94-run partnership between Brendan Mason (26) and John Keighran (60) ensured they met the target with 22 overs to spare.

Patrick Spiteri led the wicket-taking honours for Moe with 3/17 and Keenan Hughes, Jadyen Mathison and Aaron Johnstone took one each.

The win helps Churchill to second spot on the ladder behind CATS while Moe sit in fifth, two points clear of Mirboo North in last spot.