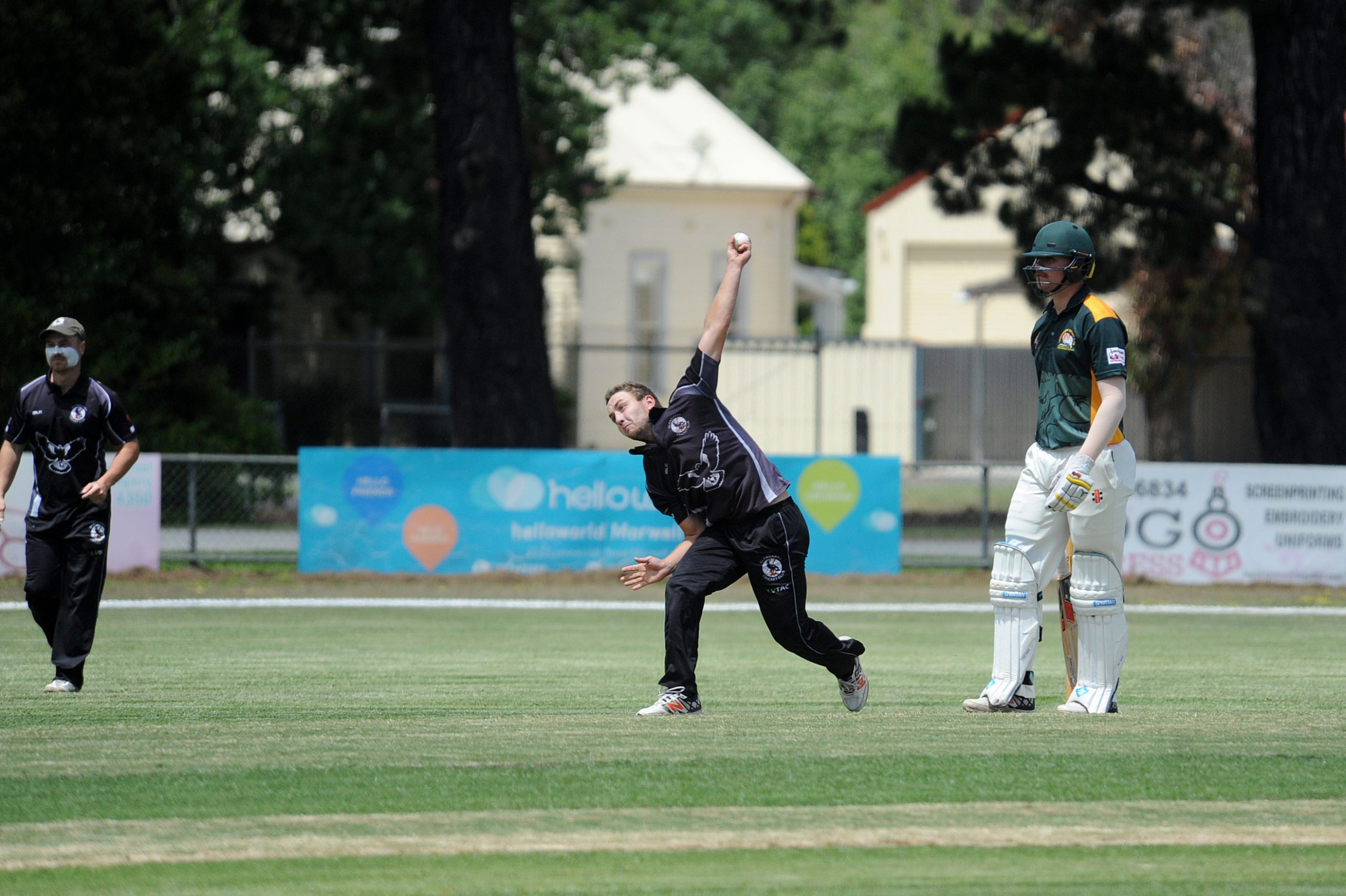 Toongabbie batted superbly to record an impressive win over Glengarry in round eight action at Fred King Oval on Saturday.

The Rams batted first and a top team performance helped them tally a formidable score of 245.

The top order stood up well against the Magpies attack, with Kev Stoddart’s 54 the top score of the day.

Connor Hughes was also impressive and made 42 and Garry White chipped in with 34, as did Jason Veneman.

Cam Graham, Frank Marks and Sam Fox all took two wickets each for Glengarry while singles went to Hayden Ross-Schultz and Brandon Mayberry.

In reply, Glengarry never got going and were dismissed for 138 with Ash Hodson top-scoring with 39.

Toongabbie move five points clear of Glengarry in third spot on the TDCA ladder, while Glengarry have a two-point lead ahead of Imperials in fifth.

Ex Students have cemented top spot on the TDCA ladder after a commanding performance against Rovers on Saturday where they were in control from the get-go.

The Sharks batted first and, despite the early loss of Mitch Membrey (8), Jackson McMahon and Lee Stockdale were on fire.

The pair clubbed the ball across all parts of Traralgon Recreation Reserve and Stockdale was unlucky not to make a century, falling for 95 in a super innings.

McMahon was the catalyst for the Ex Students side and finished with a brilliant 103 to help them to a stellar 5/238.

Rovers were not disgraced in the chase and hit their way to 8/169.

Ewan Williams was the best of the Rovers for the day and made 46 while brother Dougal played a fine hand and made 69.

Stockdale backed up his stellar performance with the bat with figures of 3/41 and Andrew Matthews and Kade Duncan took two wickets each.

Gormandale have shored up second spot on the TDCA ladder with an impressive win over Imperials at Stoddart Oval on Saturday.

Imperials struck first blow and batted first, making 5/201, with Ryan Morley batting through the innings to finish unbeaten on 76.

Danny Revis was also solid and fell just short of a half-century with 49 while Ross Williams chipped in with 26. The Gormandale batsmen took to the crease and went on a rampage, with the in-form Adrian Burgiel plundering the bowlers to all parts of Stoddart Oval.

Imperials breathed a collective sigh of relief when Joel Randall claimed Burgiel in the fifth over to stop him at 32 with the score at 50.

The Tigers kept the runs coming and never looked in any danger as they reached the target in the 30th over.

Chris Lehner was the star with a magnificent 81 , Matt Hibbs made 29 and Conor Little 31 not out.