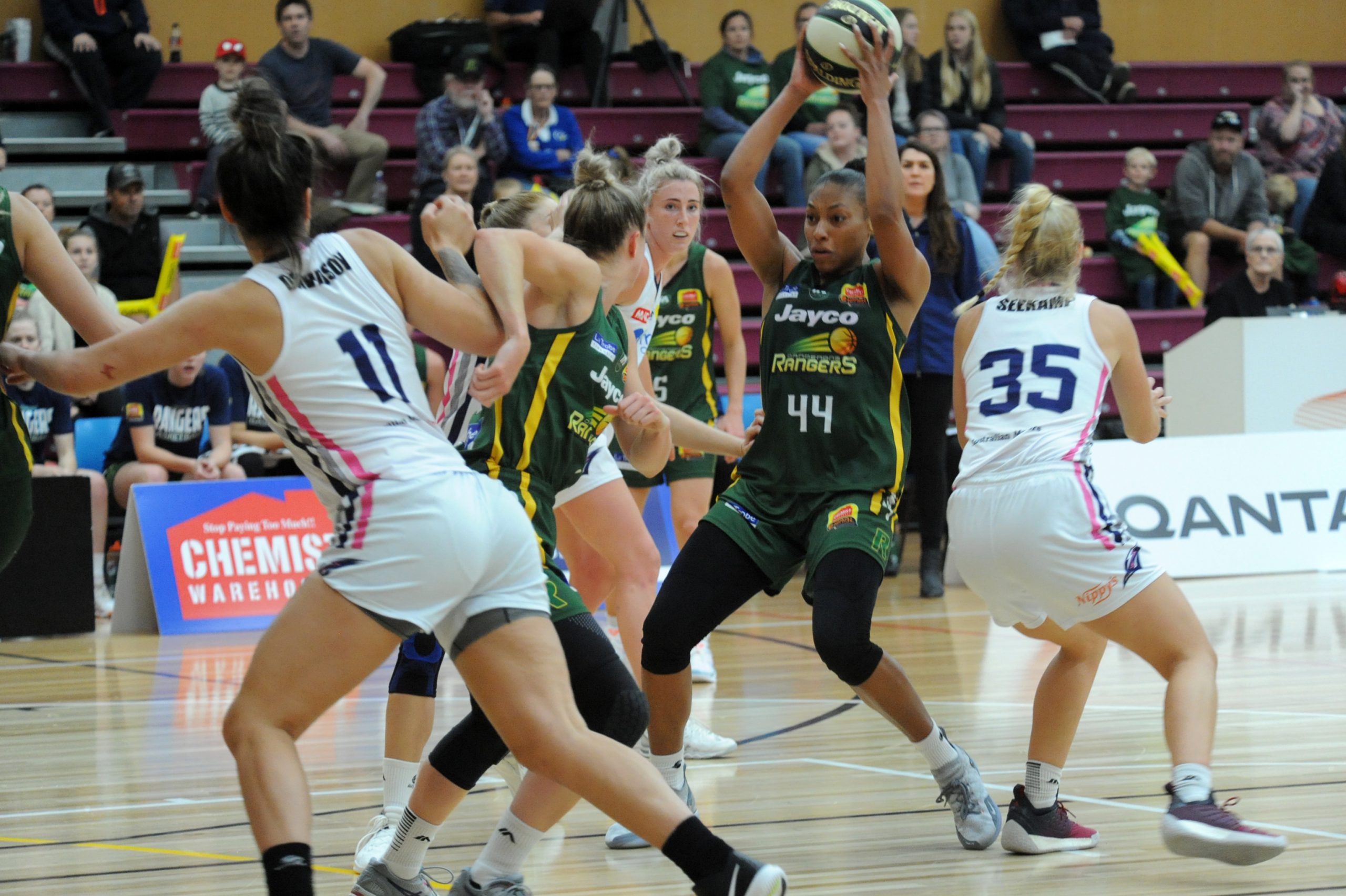 The Dandenong Rangers have risen in front of their adopted home crowd in Traralgon with an impressive all-court performance to hold off the Adelaide Lightning and win, 70-60.

Coach Larissa Anderson said her side “executed beautifully at both ends for the majority of the game” in what was “a huge game for both teams”.

The 10-point win goes some way to avenging for the Rangers’ 25-point loss to the Lightning just a fortnight ago.

“We did a lot of soul searching after [that game] and to the girls’ credit they turned it around [on Saturday],” Anderson said.

“I feel like we owed them one from a couple of weeks ago, so I was really pleased with how the girls performed.”

The Rangers leapfrog Adelaide for sixth spot on the WNBL ladder thanks to the round seven win but will have to fight them off for a third time in five weeks when they meet again this weekend in what is shaping as a “mini series”.

“We all know Adelaide are a quality team and it took a really good performance to beat them. They played really well two weeks ago so both teams know what can happen,” Anderson said.

“I feel like we’ve turned a corner in the past two weeks and as long as we keep showing improvement it’s good signs.

“It’ll be nice to go back to Dandenong stadium in front of family and friends this weekend and see if we can close out this mini series.”

Rebecca Cole well and truly lived up to the pre-game hype and was a standout contributor in the win, finishing with 20 points, three rebounds and four assists.

“That’s probably the most solid I’ve seen [Rebecca] at both ends and she’s coming along in leaps and bounds,” Anderson said.

The win reaffirms Traralgon as a lucky hunting ground for the Rangers who are three from three in the Latrobe Valley.

“It’s clearly become a really important venue for us and I couldn’t be more happy.

“A lot of the girls watching on Saturday were there from the clinic earlier in the day and I personally want to sincerely thank every single one of them that made the effort to come out and support us.”