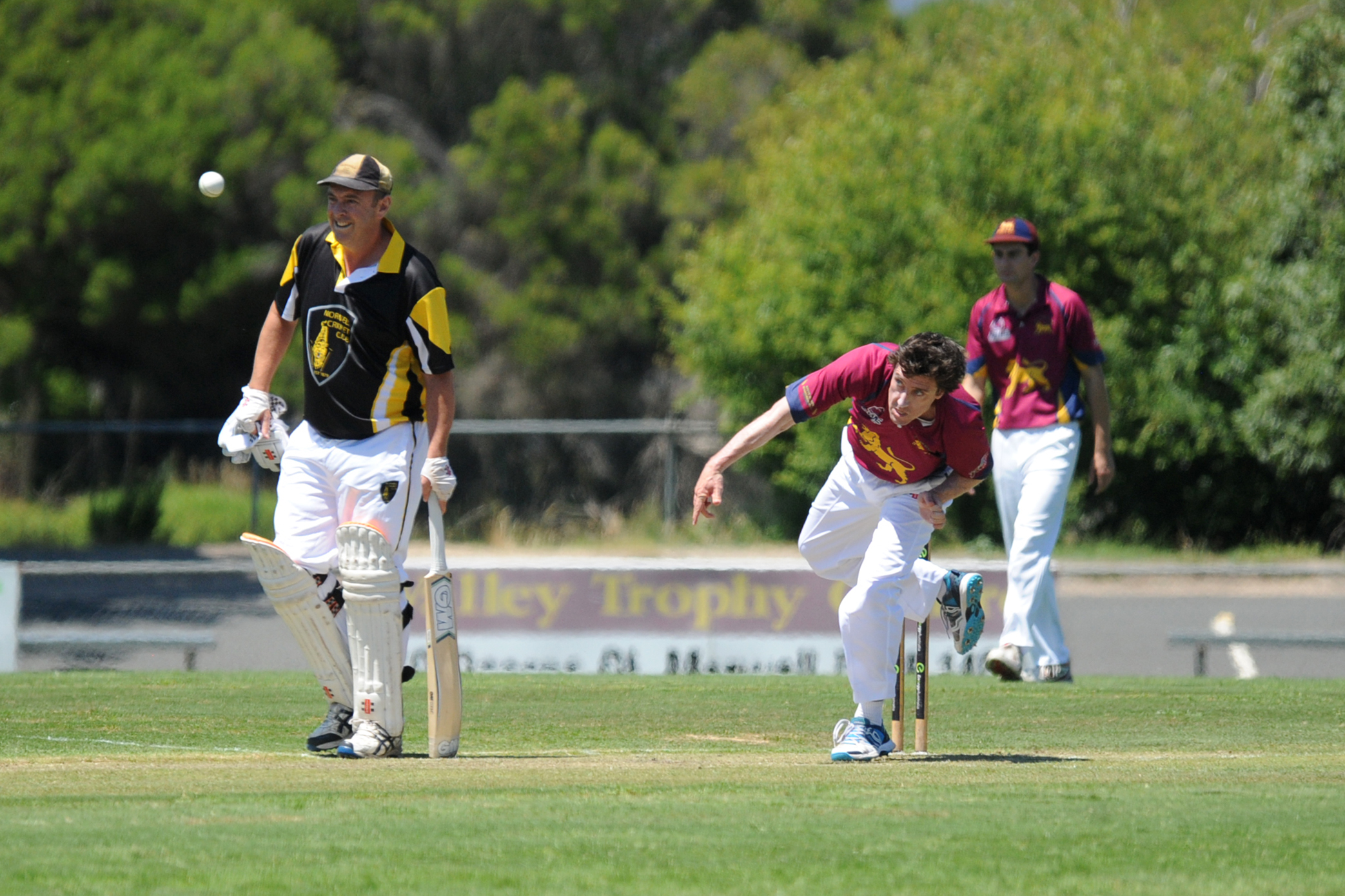 Morwell have cruised to victory over Moe in the 200th meeting between the sides in organised competition on Saturday in a revised round seven fixture.

The Lions made a bold decision and set the home side into bat after winning the toss in a move that would soon come back to bite them.

After the loss of Sam Mooney for 20, opener Mark Cukier paired with Craig Giddens for a 40-run partnership before Giddens was dismissed for 18.

Cukier went on to make 25 but it was Kris Fortuin’s stellar 90 from 98 balls that set the innings alight.

Captain Robert Webber fell for a duck and Blake Mills for 11, but an in-form Lewis Harper stepped up at number seven and chipped in with 48 from 41 balls to help his side to 9/231 after 50 overs.

Jayden Mathison, Aaron Johnstone and skipper Andrew Philip all took two wickets each for the Moe.

The Lions weren’t quick enough in reply and could only muster 146 from their 50 overs.

Patrick Spiteri was the best with an unbeaten 46 and opener Noah Kane (20) was the only other player to make it into the 20s.

Wicket taking duties were shared among the Tigers with Brendan Brincat, Sam Mooney and Lachlan Day all finishing with two each while Blake Mills and Brent Reside took one each.

The win helps Morwell move six points clear of CATS in second spot on the ladder while Moe is at the other end in last place.

Churchill has consolidated its hold on the LVDCL Premier A grade competition with an emphatic win at George Cain Oval on Saturday.

The visitors were in good shape early on after electing to bat as Tinashe Panyangara and Josh Keyhoe made a strong start before Keyhoe was taken for nine.

Panyangara went on to top score for CATS with 52 and leave the side at 2/83 before Aamir Raza (17), Ben Julin (duck) and Rory Hare (16) fell in quick succession.

The final five wickets fell for 22 runs and CATS put up a target of 148.

Ryan Ayres was on fire for Churchill in attack and finished with 5/37 from 8.2 overs, Ryan Harvey took two and singles went to Ross Whelpdale, Kurt Holt and Steve Warr.

Churchill cruised to the win in reply after 26 overs with six wickets in hand.

Brendan Mason was Churchill’s best and finished on an unbeaten 71 while Ryan Ayres made 32m captain John Keighran 17 and opener Jesse Giardina 13.

Panyangara and Hare took two wickets each for CATS.

The win leaves the Cobras six points clear of Morwell in top spot on the LVDCL top tier ladder while CATS are 12 points off the pace in third.

Mirboo North successfully hosted MTY Raiders on Saturday and was untroubled on its way to a win.

The Tigers won the toss and went in to bat on home turf but looked in a spot of bother as openers James Grande (seven) and Lloyd Powell (one) left them at 2/19.

Shane Peters came in and added 10 to the score and Damien Turner 13 before skipper Rob Phoenix steadied with 31.

Will Cheatley enjoyed his best outing for the season and top scored with 41 while Connor Williams added 16 and Callum Polo 13 and Mirboo North was all out for 175.

James Speer was the best of the Yinnar bowlers and finished with 3/14 while Kegan Holzmann and Michael Higgins took two each and singles went to Liam Maynard and Matt Van Loom.

Chris Stanlake and Michael Higgins got starts for Raiders in reply, but Higgins fell for 10 and Stanlake for 12.

Skipper Liam Maynard failed to make an impression and was skittled by Will Cheatley for two before Jack Findlay came in and suffered the same fate and was taken for a duck.

James Speer stepped up and provided some fight and added 22 and Matt Dyke was still standing with a top-score of 41 but Yinnar fell well short and was all out for 103.

Cheatley finished with three wickets, as did Dale Banks, and Rob Phoenix and Ryan Murray each took two.

Mirboo North sits just inside the top four after the win with 13 points, five ahead of Raiders in fifth.