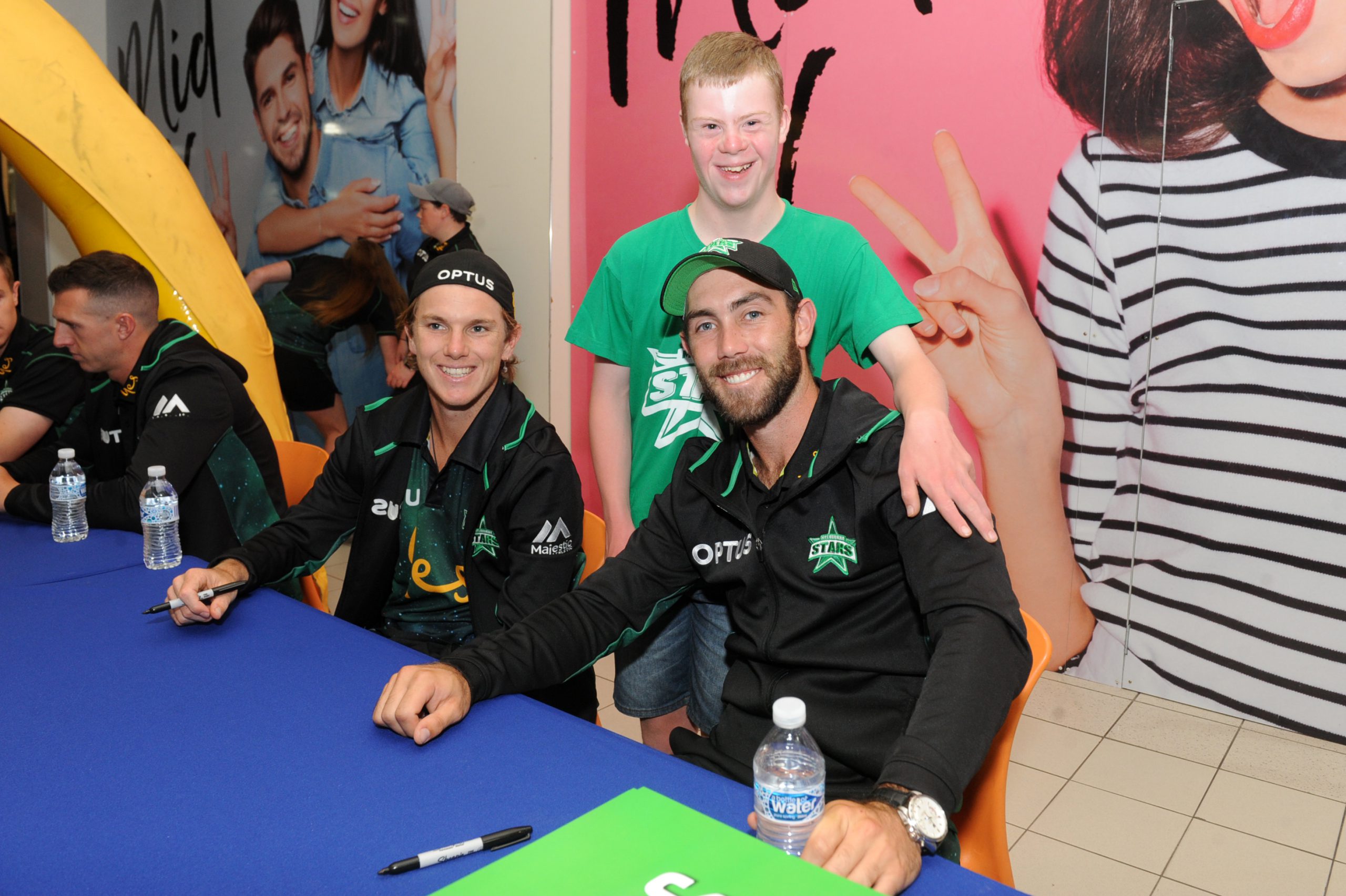 The Stars visited Mid Valley Shopping Centre in Morwell on Thursday night for a meet and greet and signing session before embarking on a number of clinics on Friday.

Nearly 1200 children from primary schools across the Latrobe Valley were treated to visits from Stars players on Friday where they were taken through their paces with fun activities.

Top-order batsman Marcus Stoinis mixed with students at the Traralgon Basketball Stadium and while “disappointed” the scheduled practice match was washed out, said it wouldn’t hamper the side’s pre-season preparations ahead of their BBL fixture against Adelaide Strikers on January 23.

“Unfortunately the weather hasn’t allowed us to play a game but that happens sometimes and you can’t control the weather so it’s still good to come down here,” Stoinis said.

“But on the other hand, we’ve got a couple of hundred kids here looking to enjoy themselves.

“We’ve been able to build a bit of a relationship with the community here and hang out with the kids before we come back on January 23.”

About 200 children at the Traralgon clinic were split into groups and taken through skills exercises and drills.

“[The kids are] going well. They’ve got more energy than me so I’m sure they’re enjoying being out of the classroom and I’m sure they’ll all be ready for Christmas,” Stoinis said.

“We’re not doing anything too specific, this is just to get them all running around and making sure they use their energy having a hit and fielding some balls.

“It’s a bit of chaos here so it’s hard to pinpoint anyone but I’m sure there are some good cricketers here.”

On the back of a successful inaugural Valley Smash and as part of their ongoing partnership with the Latrobe Valley Authority and Latrobe City Council, Stoinis said getting out to the Latrobe Valley to mix with locals was “really important”.

“I think for players at Big Bash level, state level or Australian level to get out … we understand how important grassroots cricket is, we’ve all been there, so it’s important for us to get out and make an effort here,” he said.

The Melbourne Stars will kick off their BBL season campaign against Adelaide Thunder on December 21.