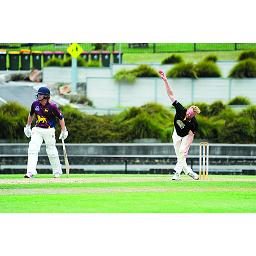 Mirboo North clinched victory over Moe at Ted Summerton Reserve on Saturday as the Lions’ horror run of losses was extended to seven.

Moe won the toss and went into bat on home turf but were soon left reeling after the early loss of openers Joel Mitchell (two) and Noah Kane (duck).

Skipper Andrew Philip restored some order and made 19 but Pat Spiteri (34) did the heavy lifting and was the only player to make it past 20 as the Lions posted 7/99 at end of overs.

In reply, the Tigers overcame the early loss of James Grande (three) and reached the target in the 18th over with six wickets in hand courtesy of an innings-best performance of 42 from Shane Peters.

Jayden Mathison was the only multiple wicket-taker for Moe with two and Joel Mitchell took one.

Morwell and MTY Raiders got off to a start in their round nine encounter on Saturday before play was abandoned and the match called a draw at Morwell Recreation Reserve.

The ever-reliable Mark Cukier got the home side off to a good start with 40 and helped them to 8/105 at end of overs.

James Speer did most of the damage for Yinnar and finished with three wickets while Tim Darby and Kegan Holzmann took two each and Liam Maynard one.

Raiders were at 5/38 in the 11th over when play was abandoned with Tim Darby and Jack Findlay still at the crease.

Ladder leaders Churchill were pushed by CATS on Saturday but came up trumps to extend their lead over Morwell in second spot to 11 points.

The Cobras were sent into bat and slowly made inroads, with Steve Warr’s 27 the pick of the innings and Ryan Ayres’ 21 next best as they made 7/122 from 20 overs.

CATS were on track to push for a win until the tail collapsed with five wickets falling for six runs and they finished at 9/103.