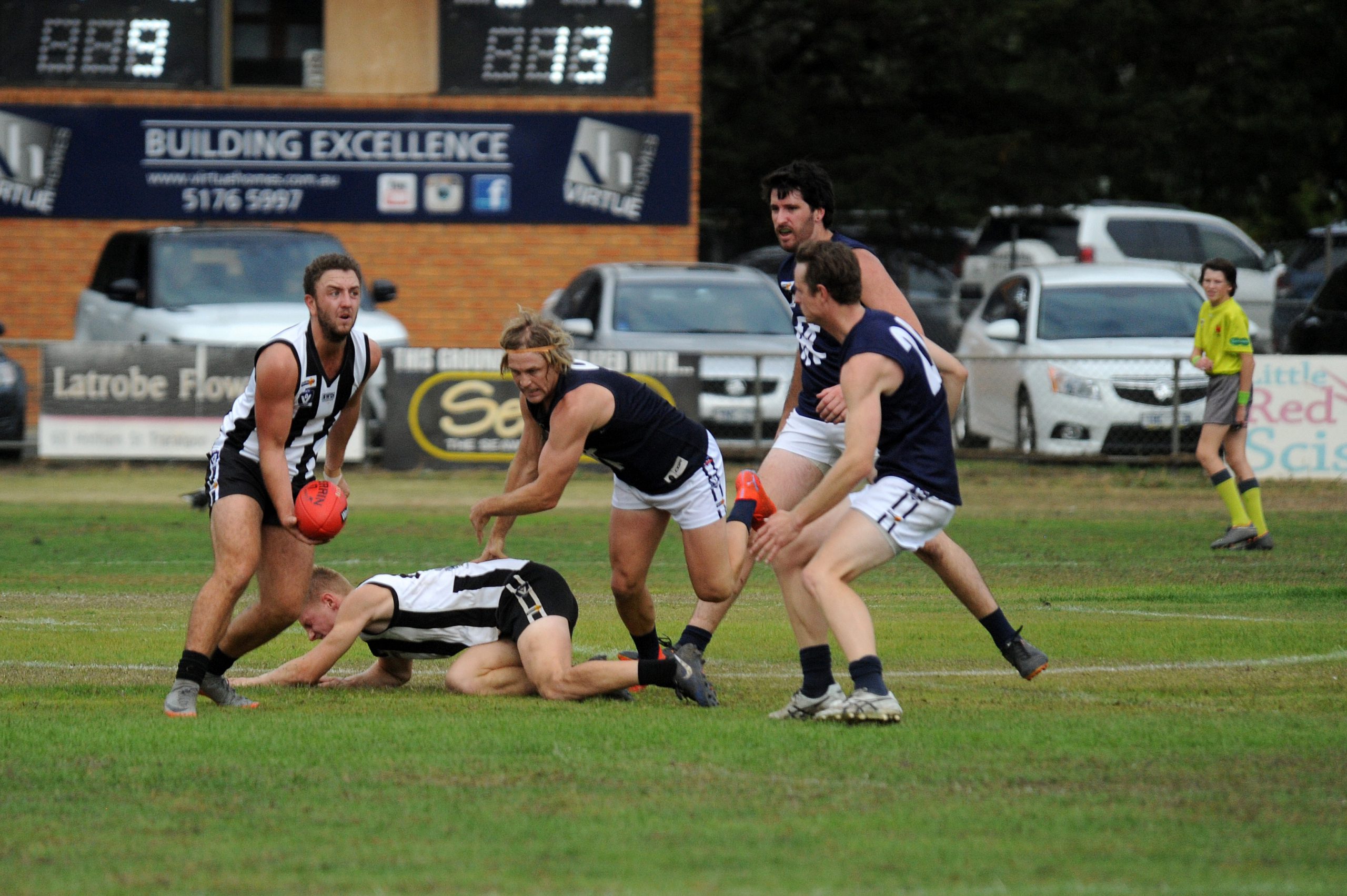 A five-goal haul from Brandon McDonald set Rosedale up with their second win of the 2019 season at the expense of Glengarry, placing them atop the North Gippsland league senior ladder after two rounds.

A quiet first term on the scoreboard with two goals to the Magpies’ one was quickly forgotten in the second term as the Blues piled on six majors to blow their buffer out to 41 points at half-time.

They well and truly buried Glengarry’s hopes in the third with another five majors to stretch the lead to an insurmountable 12 goals at the last change and 74 points at the final siren.

Joining McDonald on the scoreboard were Matt Royal (three goals) and Dale Fleming (two goals) while singles went to six others.

For Glengarry – who are none from two – Layne Hetherton kicked two goals.

The North Gippsland league will break for Easter and return with round three scheduled for Saturday, April 27.

Cowwarr recorded the biggest winning margin of round two, flexing their muscle to put Gormandale to rest in demoralising fashion with a 112-point victory on Saturday, 27.13 (175) to 9.9 (63).

The Tigers’ went into the first break with a seven-point lead but the glory was short-lived and the Saints stacked on 10 second-term goals while restricting their opponents to a single point to have the game won by half-time.

The hurt continued for Gormandale with a further 14 second-half goals completing the rout.

Shane Morgan, with a massive 12 goals for the game, single-handedly outscored the Tigers to take his individual tally to 17 majors from the first two rounds.

Traralgon Tyers United recovered from a slow start against Heyfield on Saturday to record their first win for the 2019 season.

The Bombers, down by 11 points at the first change and one at the main break, kicked into gear in the third term with six goal’s while holding the Roos to three goals in the second half to team to victory, 13.16 (94) to 9.9 (63).

Jesse Bedggood and Nick Woodland were serviceable for Heyfield in the loss and finished with three goals each while singles went to Adam Wallace, Nick Dinsdale and Kodie Woodland.

Woodside proved no match for 2017 premiers Sale City in the final round of the weekend with the Dogs running out 68-point winners at Woodside Recreation Reserve.

Ben Chivers and Nick Grainger led the way and finished with four goals each for the Bulldogs while Jacob Schuback and Josh Barton each snagged two and singles went to Brad McKay, Jackson Hanford, Jaxsyn Whitehill and Jamie Campbell.

For Woodside, Dale Hanratty was the only multiple goal-scorer.

The replay of the 2018 grand final between premiers Yarram and runners-up Churchill will take place on Friday at 2pm at Yarram Recreation Reserve.