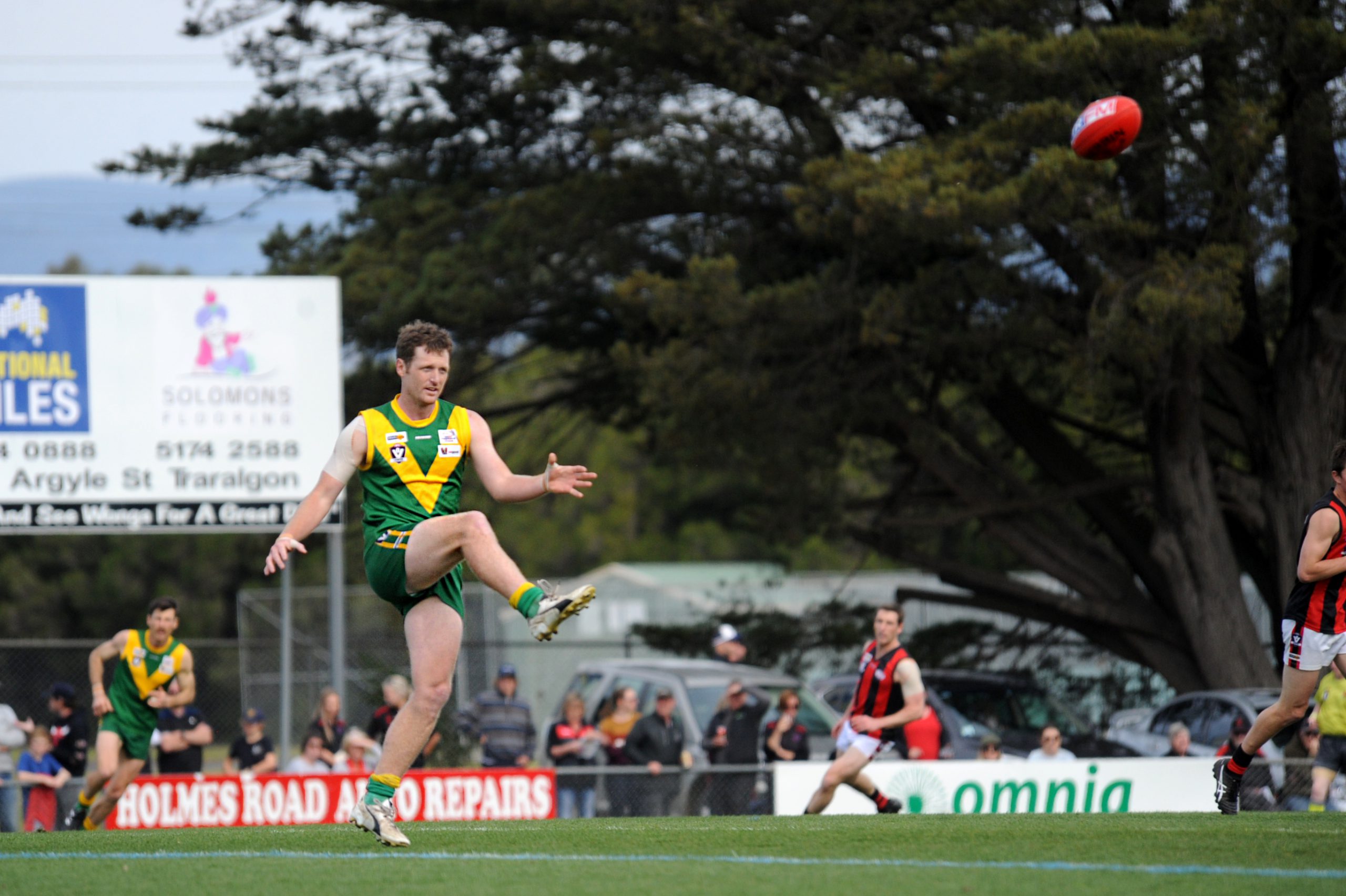 Two games will be played in the Gippsland league this weekend with the first half of the split round three to take place over Easter.

Five of the Parrots’ choice starters have been sidelined with Tom Marriott, Hayden Browne and Luke Bowman out through injury, Colin Sanbrook missing with work commitments and Julian Lockwood ruled out for the season before it began.

“To have a couple of wins on the board at this stage is a really good sign,” Carbis said.

“We’ve had a lot out with injury and people away and, to be honest, we didn’t think we’d be two and none (wins and losses) … we thought we might actually be none and two or one and one.”

With a battered midfield Carbis praised the ability of younger Parrots who have played their role effectively after earning call-ups.

“We knew it was going to be tough with so many guys missing … they’ve stepped up and filled the roles which has been terrific,” he said.

“The kids have come in and really impressed.”

Returns are starting to trickle in for Leongatha and power forward Cade Maskell will likely play tomorrow against Wonthaggi who, like most sides in the early parts of the season, remain somewhat of an unknown.

“This time of year the teams are still trying to work each other out,” Carbis said.

“We won’t be taking them lightly and they had a really good win against Warragul in round one.

“They’re always tough to play against and for whatever reason they get up and about when they play us so we’re looking forward to it and if we play the way we want to, and the way we have been playing, then we should be good.”

Wonthaggi and Leongatha will play tomorrow at Wonthaggi Recreation Reserve from 2.20pm.

As one of three sides left undefeated after two rounds, Sale will travel to Maffra to take on their fierce cross-town rivals with confidence this weekend.

The Magpies secured a clutch win against Bairnsdale to open their season account and backed it up with a 31-point win away from home after tripping to Warragul at the weekend.

Maffra, who failed to avenge for consecutive grand final losses to Leongatha in the 2018 replay in round one, were back in form in round two and accounted for Bairnsdale.

It has been 10 months since the sides last met when, in an off-kilter performance, they scored just three goals from 20 scoring shots to the Magpies’ 11 goals and five behinds to kick themselves out of the game.

Maffra and Sale will play at Maffra Recreation Reserve tomorrow from 2.20pm.

The remaining matches in the split round three will be played next weekend.