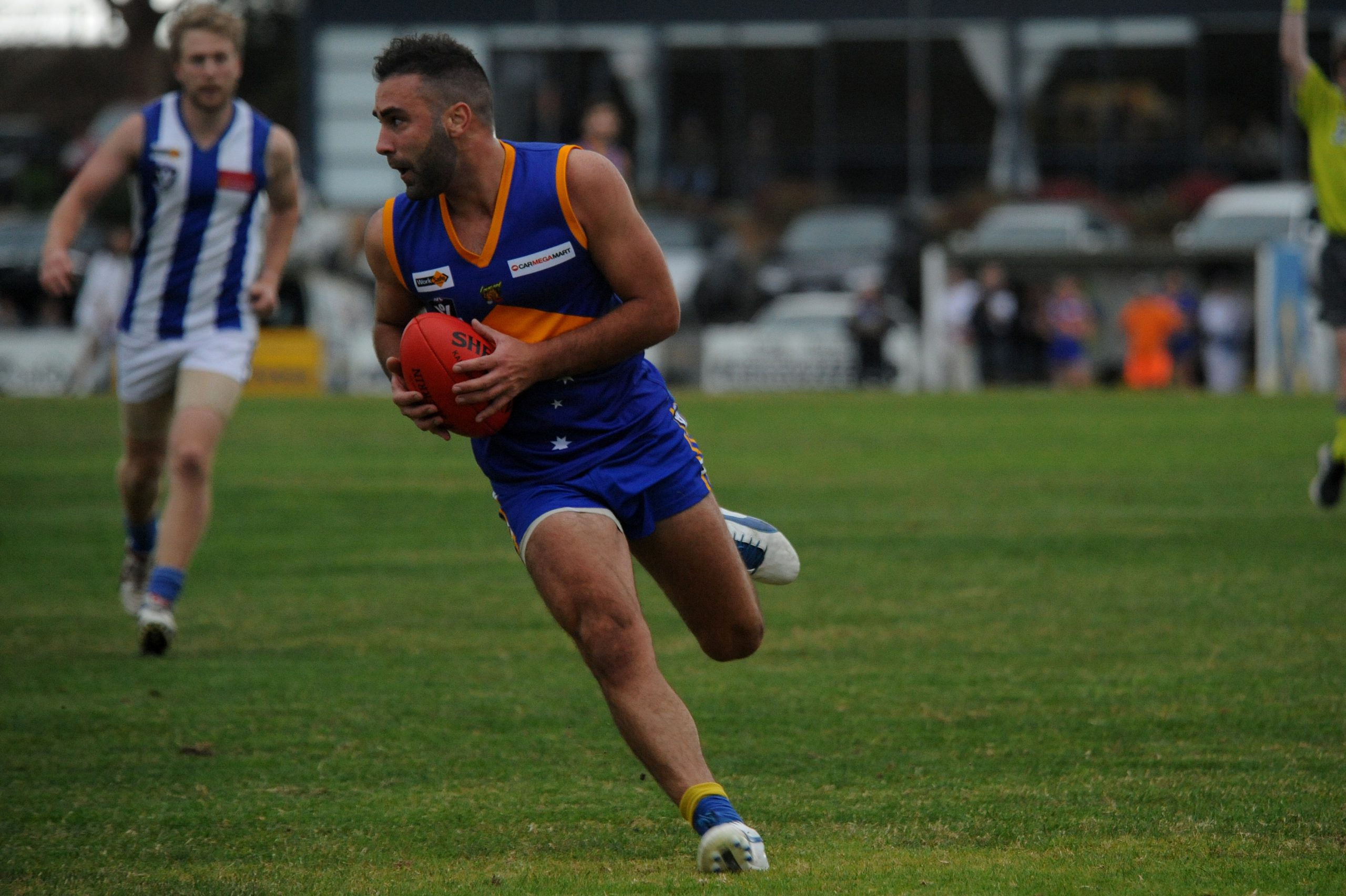 Churchill overcame Yarram in a spirited Good Friday NGFNL meeting to join Rosedale as the only undefeated sides after two rounds, 10.11 (71) to 8.13 (61).

The return match of last year’s grand finalists was played in front of a large holiday crowd who were treated to a fierce clash that went right down to the wire.

It was only when the visiting Churchill side slotted the final goal of the game 29 minutes into the last quarter that the result was sealed in a game that provided plenty of talking points from start to finish.

Ben Kearns and Blake Slater goaled early for Churchill and it looked like a free-flowing contest would ensue with both sides moving the ball quickly.

With Daniel Vardy getting his hand on the ball from the centre clearances, Yarram hit back with just two points separating the teams as they headed to their huddles at quarter-time.

With tensions running high on and off the field the quarter-time break threatened to boil over and the message from each of the coaches when they were finally able to speak to their players was to focus on the ball.

Once play got underway it was again the visiting Churchill side who gained the early momentum.

When Kurt Holt hit the score board after his return from the bench it looked as though they might get a run on and end the contest.

To Yarram’s credit, however, they rallied hard to stay in the contest.

Griffin Underwood was lively around the contest and looked dangerous every time he went forward and alongside recruit Jack Weston seemed to find the ball at will for the Demons and rarely wasted possession.

Several costly misses in front of goal prevented Yarram taking full advantage of their hard work heading into the main change where they trailed by 11 points.

With both sides down to just 21 players after a physically challenging first half it was going to be a war of attrition in the second.

It was the Cougars who again took the early advantage with Travis Brighton marking and goaling before Ben Skinner goaled.

Skinner was quick to take the advantage from a rare Churchill forward 50 free kick.

With the Cougars out to a 16-point lead and looking dangerous, it was Weston who stood up for Yarram, kicking a quality goal on the run to bring his side back to within 10 points at the final change.

The last quarter started with a flurry of goals from Yarram.

Despite repeat entries Yarram failed to capitalise with Jordan Fenech and Kyle Hearn starting to take some intercept marks for Churchill.

When Kurt Holt marked and goaled for his second it was game on with around 15 minutes to play in the final quarter.

Kokshorn at centre wing saw the ball flicked into the hands of coach Chris Williams.

Williams hit up Brendan Holt on the lead who, not to be outdone by his son, split the big sticks with a floating punt that gave the Cougars the lead.

At the 29-minute mark of the last quarter Ben Skinner sharked a loose ball and slammed through what was to be the final goal of the game.