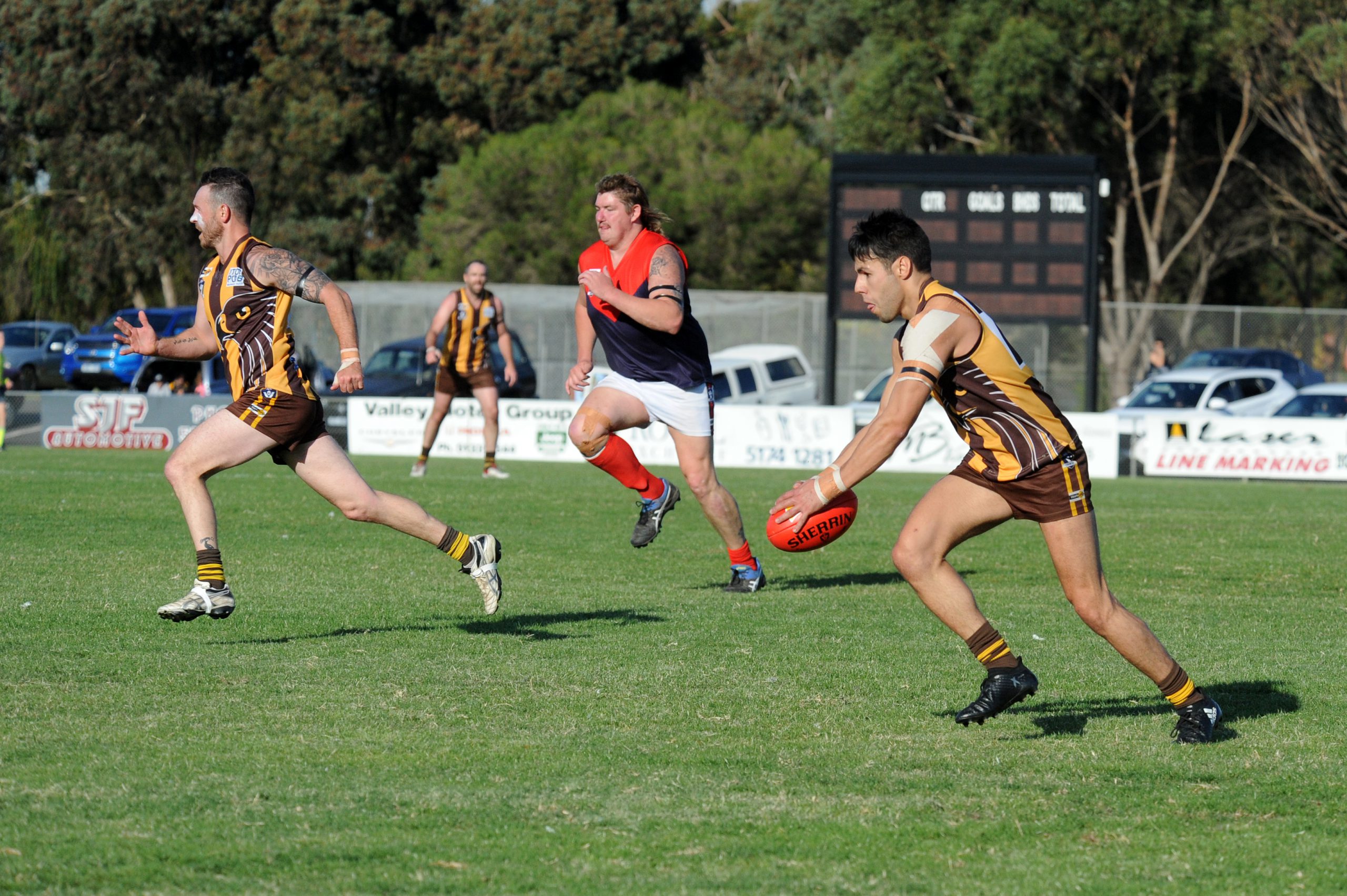 Two of the unbeaten sides of the MGFL tonight open a round that is to be spread over three exciting days with an Anzac Day thriller to be played at Morwell Recreation Reserve from 5.15pm.

Morwell East has taken the initiative of facilitating a home game against Boolarra.

The Demons managed to put a win on the board in round one when they kept Thorpdale at arm’s length late into the game.

Morwell East have had two contrasting wins, the first a come-from-behind victory over Hill End followed by a demolition of Thorpdale just a fortnight ago.

Boolarra will no doubt be a better, stronger side than they were in round one with several key players coming back into the starting 18.

Morwell East will have an extended break after their Anzac Day clash due to a round four bye.

Mirboo North have been in dazzling form in the opening two rounds of the season and their enormous win over Newborough was bettered by their trouncing of predicted finals’ contenders Yinnar just a fortnight ago.

Playing coach Josh Taylor – sidelined for the season with a footy injury – would have liked the view from the sidelines given his Tigers devoured all that stood in their way.

They still have to get over Hill End this weekend.

The Rovers have been a surprise packet so far, defeating reigning premiers Trafalgar by four goals in round two.

Hill End have recruited well and given coach Mike Santo something more to work with in 2019, but whatever magic they produced in their last round win will have to be matched and maybe even bettered this week if they are to pull another win out of the hat against Mirboo North.

Just a fortnight ago the clash between Yallourn-Yallourn North and Yinnar would have been a headliner.

ago and kicked off the new year with a gutsy four-point win over the defending premiers just weeks ago.

However, as they launched their season in front of a healthy crowd of supporters in round two, they came crashing back to earth.

The Magpies were beaten all over the ground in painful loss by more than 100 points.

Yallourn-Yallourn North won’t be any easier this week.

The Bombers are coming off a 100-point win that featured an unbelievable 18 goals between just two players – Keenan Hughes finishing with 11 and Dean MacDonald seven.

They have left no stone unturned in recruiting the best players to their club and have set themselves for a grand final berth and nothing less.

Round three will close with the traditional Sunday Anzac Day clash between two clubs that have shared the spoils in recent years.

Both teams come into this round without a win to their name, Trafalgar beaten by Yinnar and Hill End, Thorpdale beaten by Boolarra and Morwell East.

Trafalgar have stuck by a team-first mantra with a clear understanding of what needs to take place on field. It hasn’t, however, been delivered in the first two rounds.

Last week it was predicted that Trafalgar would be too strong for Hill End and while that didn’t happen, the Bloods don’t normally lose two in a row and certainly not three in a row.