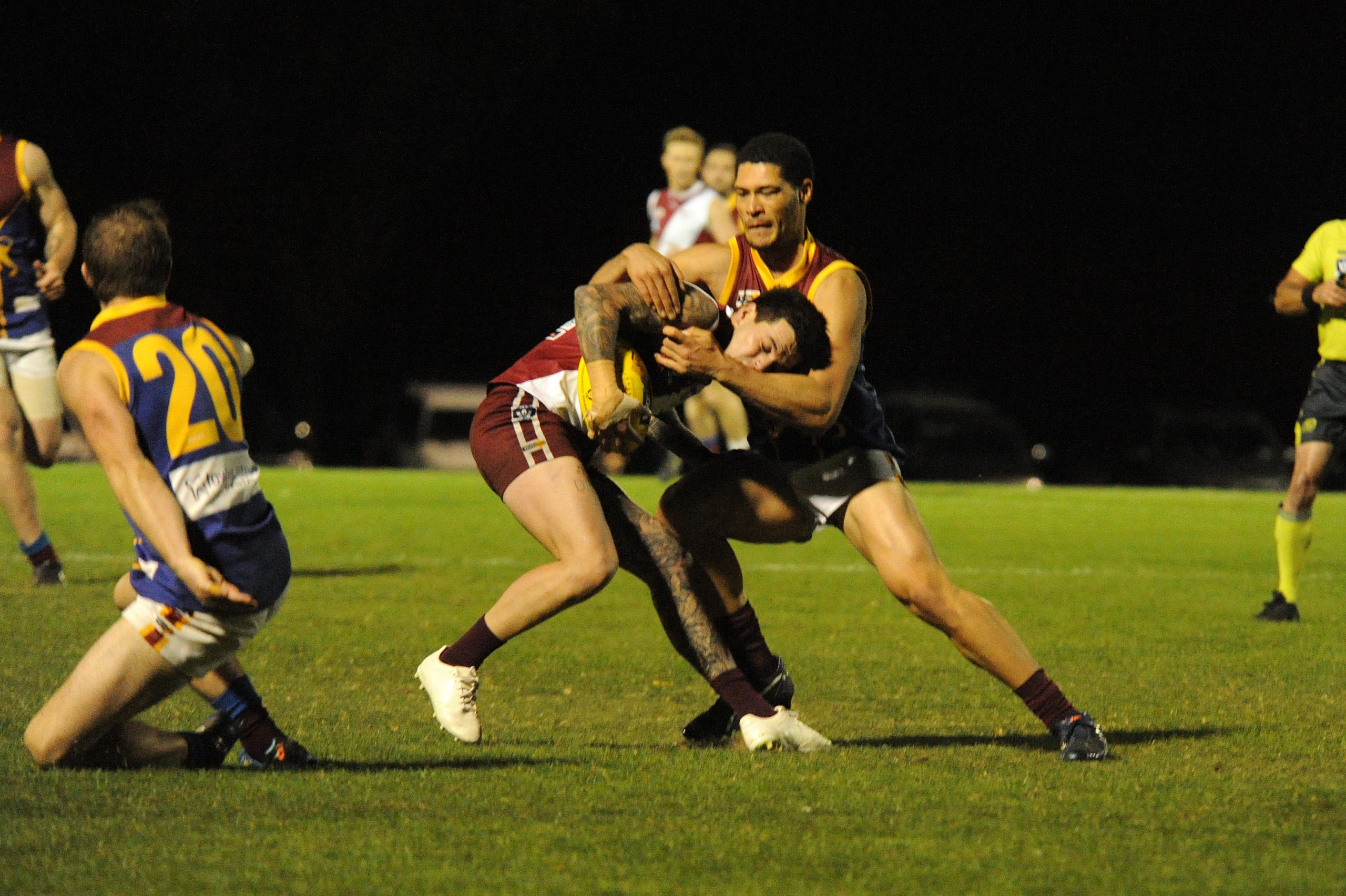 The home side burst out of the blocks with a five-goal-to-one opening term to set themselves up with a healthy 25-point lead at the first break.

The margin was cut back to eight points at half-time and stretched out to three goals in Traralgon’s favour at the last change before an onslaught of four straight goals helped Moe over the line.

Ash Dugan was the only multiple goalscorer for the Lions in the win with two while singles went to Jacob Wood, Dylan Farrell, Cambell Staff, Darnell Grech and Tyson Biffin.

For the Maroons, Kody Wilson, Troy Forrest and Dylan Loprese kicked two apiece and Riley Loprese and Jackson McMahon one each.

Among the best for the unbeaten Moe side were Bernie Vince, Mitch Stanlake and Tom Long.

Straight kicking was the order of the day for the Redlegs on Saturday as they held off a less accurate Morwell side to notch their first win of the season, 14.3 (87) to 8.7 (55).

Bairnsdale were six goals straight to the Tigers’ one goal and two behinds at the first break and went into half-time with a stunning eight straight to lead by 11 points.

Their lead was extended to 22 points at the last change and they held the Tigers to just two behinds in the last to seal a 22-point win.

Shaun Wyatt and Brayden McCarrey led the way for Bairnsdale with three goals each while Callan McKeon and Keenan Hynes kicked two apiece and singles went to four others.

For Morwell, Cody Macdonald and Tyler Hillier were the multiple goalscorers with two each.

The Hawks looked the goods in the opener, piling on four goals to the Gulls’ solitary behind to lead by 25 points at the first break.

The margin was 27 points in favour of the visitors at half-time and the hosts had ample chances to cut back the deficit in the third but squandered shots on goal with four majors and five behinds.

Josh Seri bagged three for Drouin in the win while Todd Beck finished with two and singles went to five others.

For Warragul, Ben Hughes was the only multiple goalscorer with two.

Among the best for the Hawks were Tom Barr, Brendan Dower, Liam Anderson and Beck.