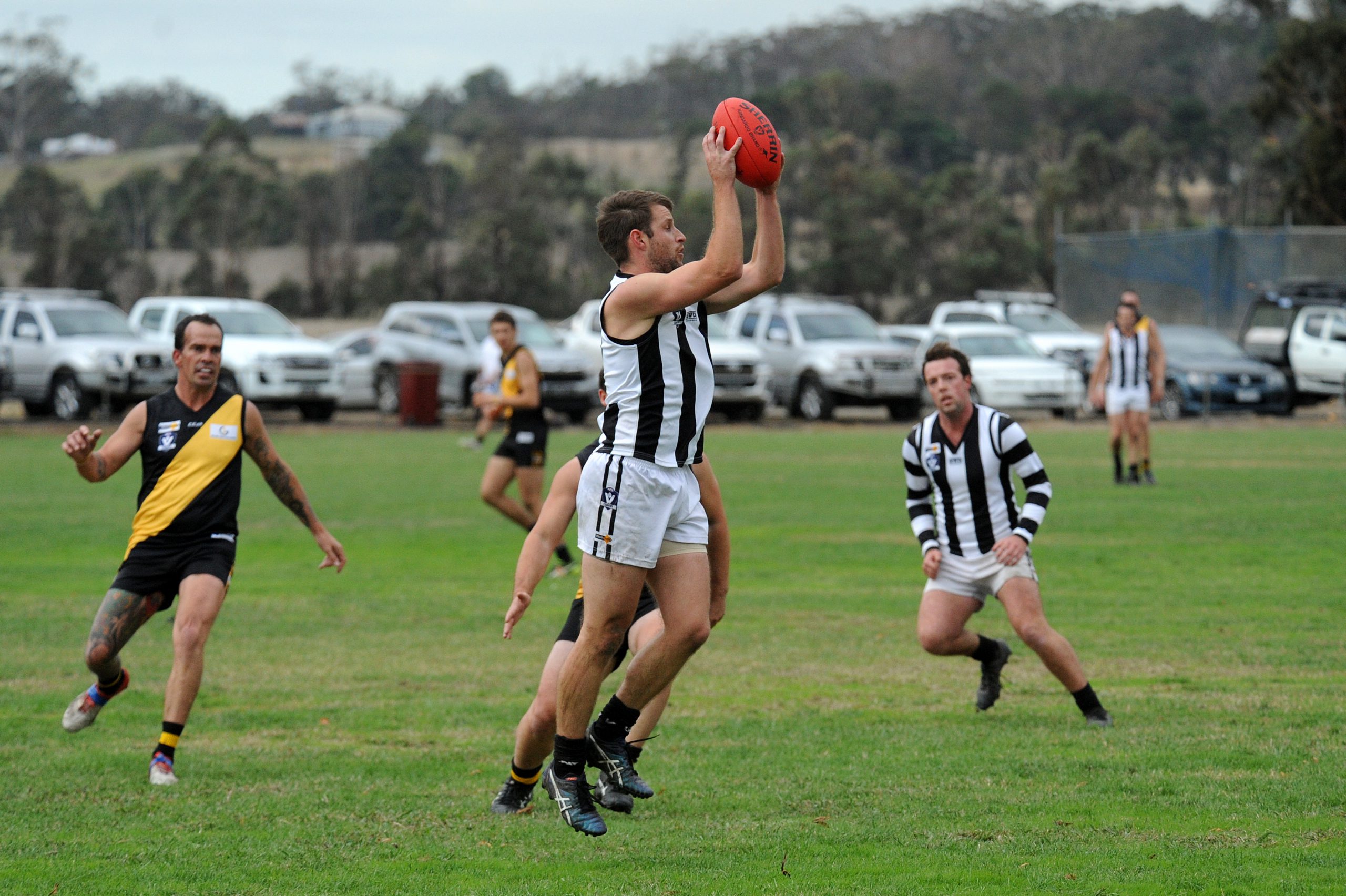 Glengarry have delivered the biggest drubbing of the 2019 season to date in the North Gippsland league senior competition, holding Gormandale to just two goals while piling on 28 of their own to record a staggering 180-point win on Saturday, 28.26 (194) to 2.2 (14).

The seeds were sown early in the piece as the Magpies kicked seven majors in the first term and five in the second to lead by 12 goals but saved their most damaging quarter for the third when they stacked on 10.10.

The rout was a complete team effort with 12 players getting in on the scoring.

Singles went to six others.

Among the best for Glengarry in the win were Patterson, Hayden Britten, Dean Brooks and Cam Graham.

Captain-coach Chris Williams led by example and finished with five goals for the Cougars and was well-assisted by Blake Slater (three goals).

The home side went into the last quarter with a comfortable 30-point buffer but let the Roos back within two straight kicks.

Big man Ivan Maric was among the best for Churchill in the win, as was veteran Travis Brighton and Ryan Lowrie.

Scores were tied at the first break, the Blues with three goals straight to the more errant Dogs’ two goals, six behinds.

Inaccuracy on goal continued into the second term for Sale City who added just two majors from eight scoring shots to stand 12 points in the red at half-time with four goals and 11 behinds.

They found their footing in the third and added five goals and one behind to overturn the deficit and head into the last change with a 21-point lead.

Traralgon Tyers United, on their home deck, proved too strong for Woodside at the weekend.

Zach Kilgower and Guy Sinclair were standout performers on goal and finished with four majors each while Ricky Cochrane chipped in with two and singles went to four others.

For Woodside, Josh Kennedy and Tom King kicked two goals each and Jeremy Morgan, Tom Crosby, Ryan Foat and Daniel Missen each finished with one.

In the upset of round three defending premiers Yarram fell to 2018 cellar-dwellers Cowwarr.

The Demons were unrecognisable in the first half, managing just two goals to the Saints’ three to trail by 20 points at the main break.

They scrapped their way back into the contest in the third quarter and added six goals to Cowwarr’s two to level scores at the last change.

The Saints won the last quarter, 2.3 to 1.2, to run out seven point winners for their second victory of season 2019.

Braden Johnston, Dale Murphy, Nick Wozniak and Shane Morgan each kicked two goals for Cowwarr in the win while Jarryd Swift and Anthony Scott kicked three each for Yarram.