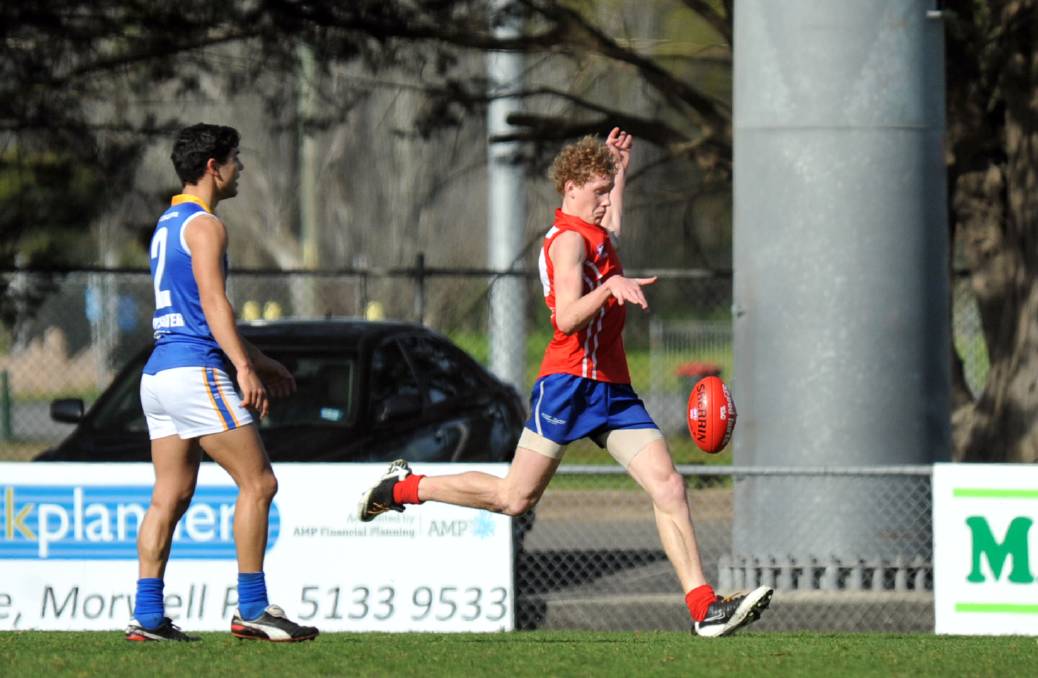 Gippsland product Declan Keilty made his long-awaited AFL debut at the weekend and his first game was one to remember as Melbourne notched a thrilling five-point win over Hawthorn at the MCG.

Keilty played 18 senior games for Moe and was a key position player for Gippsland Power before heading to the Dees in the 2016 rookie draft.

The 23-year-old tall enjoyed a run up forward and provided relief for Max Gawn in the ruck.

He showed plenty of composure in the face of immense pressure in the final term, plucking the ball out of a centre bounce and delivering it long into the Dees’ forward 50 with his side a goal up.

Speaking to Melbourne Football Club media prior to his first game, Keilty, who played 64 games with Casey in the VFL, said his debut had been a long time coming.

“It has been tough but I think it’s been worth it. If I had have played a couple of years ago I probably would have thought I wasn’t ready, but now I’m at a state where I think I’m ready and contribute to the team,” he said.

“I’m usually pretty positive so I think if I didn’t believe in myself then there was probably not much point in me even trying, so I always thought I’d get here, but I’m glad it’s come early.