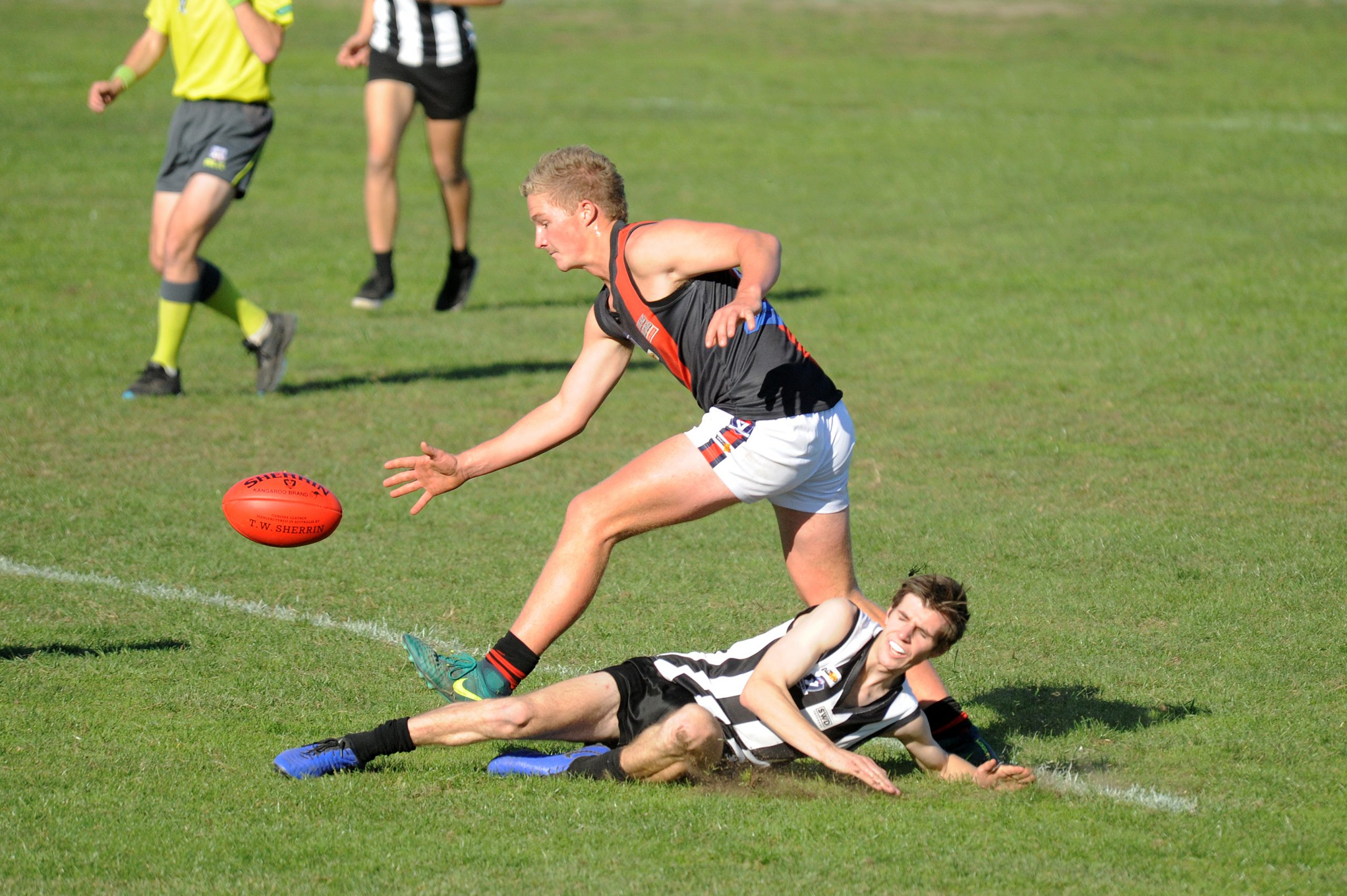 Traralgon-Tyers United were never bothered during their round six clash with Glengarry, storming home to win on Saturday, 18.19 (127) to 6.5 (41).

The seeds were sown early for the Magpies as they failed to find the scoreboard in the first quarter while the Bombers kicked five majors to lead by 32 points at the first change.

The visitors were let back in during the second quarter as TTU squandered opportunities up forward, converting just one goal from nine second-quarter scoring shots.

The Bombers rediscovered their mojo in the third and added six goals to stretch the lead to 54 points at the last change.

Jye Neilson enjoyed a standout game for the Bombers and booted four goals to feature among the best on ground for the day.

For Glengarry, Colby Schmidt was the only multiple goal scorer with two while four others scored singles.

The Wildcats got the upper hand in the first term and led by two goals at the first change before extending their lead to 17 points at half-time.

The Saints had their fair share of the ball in the third term but errant kicking on goal with four behinds and no majors allowed Woodside to set themselves up with a 39-point buffer at the last break.

Ryan Foat was the difference on goal for the Wildcats in their first win for the season with three goals while Cam Whiteoak, Daniel Missen and Gavin Stevenson all kicked two each.

Shane Morgan scored two for Cowwarr while singles went to three others.

Gormandale’s horror run continued in round six, this time at the hands of defending premiers Yarram who steamed home to deal the Tigers another defeat of more than 100 points, 29.16 (190) to 2.1 (13).

The bulk of the damage was done in the second quarter for Gormandale as the reigning champions added 10 goals to lead by 91 points at half-time.

The Tigers were held scoreless in the second half and the Demons drove the boots in, adding anotehr 13 goals to romp home with a percentage-boosting win.

Louis Rodaughan, Griffin Underwood, Chris Bruns and Keifer Sutherland also got in on the action and kicked two each.

Ladder leaders Churchill continued their unbeaten run and strengthened their stranglehold on the North Gippsland senior competition with a win over Rosedale in round six, 10.12 (72) to 9.7 (61).

After a slow start the Cougars trailed by five points at the first change but kicked into gear in the second and held the Blues scoreless while adding four goals to overturn the deficit and lead by 21 points at half-time.

The buffer was cut back to 10 points at the last changed but was enough for the visitors to hold on.

Brendan Holt proved the difference for the Cougars and finished with four goals while singles went to six others.

Adam Diamond and Brandon McDonald kicked three goals each for Rosedale in the loss.

Among the best for the Cougars were playing coach Chris Williams, Nathan McRare and Lucas Towns.

In a seesawing game, the Roos burst out of the blocks to lead by 19 points at the first change and 16 at half-time before the Dogs mounted a comeback and scored five goals to clinch a two-point lead at the last break.

The visitors rose to the occasion in volatile territory in the final term and scored four goals to Sale City’s two to run out with an impressive seven-point win. Joel Dinsdale and Trent Anderson each scored two.

Among the best for Heyfield in the win were Jack Woodland, Nick Dowse and Brad Berry.