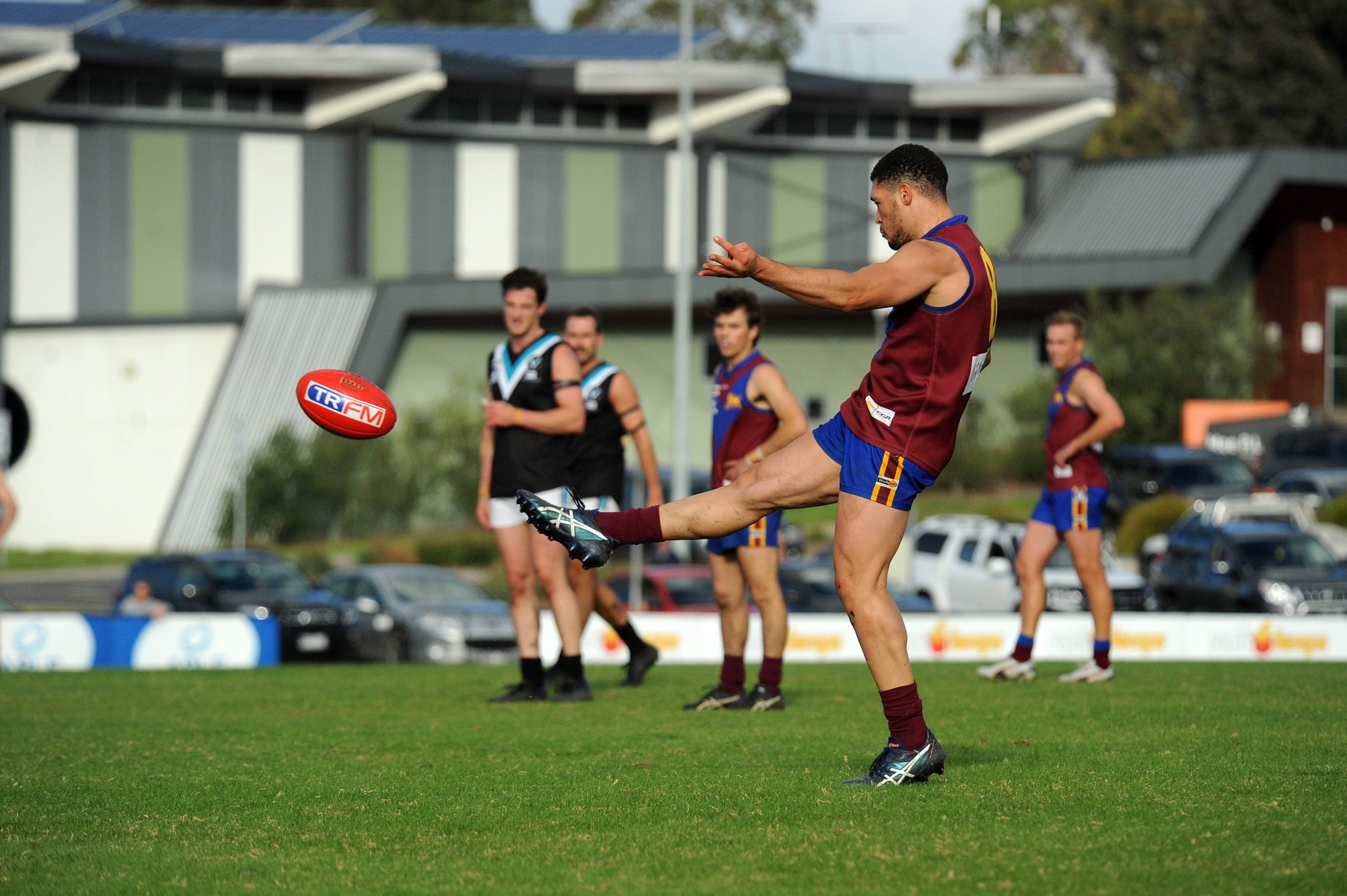 A top of the table clash looms as the highlight of round six in the Gippsland Football League following the break for interleague competition.

Moe and Sale sit in first and second respectively on the ladder, both with four wins to their credit. The Lions have a much higher percentage but will need a win on Saturday to hold their position.

Moe is coming off their first loss of the season, a narrow defeat at the hands of Bairnsdale while Sale will be looking to make it three wins in a row after solid victories against Drouin and Traralgon.

Moe and Sale will meet at Moe Recreation Reserve on Saturday at 2.20pm

Bairnsdale’s Brayden Mccarrey leads all-comers on the league goal-kicking with 20 for the season, seven ahead of his nearest rival.

Traralgon notched up their first win of the season last week with a 14-point victory over Wonthaggi before the break and would like to back up this week.

The Redlegs will look to Mccarrey as they seek to post first consecutive win of the season when thtey host the Maroons at the Bairnsdale Recreation Reserve at 2.20pm on Saturday.

Wonthaggi, in eighth with two wins, host third-placed Maffra who are three and two for season

Maffra’s wins have all come at home while their record on the road is 0-2. They come into round six off a big win at home, downing Warragul by 64 points.

Two losses in a row, including a 14-point loss to Traralgon before the break will have Wonthaggi fired up to make a return to the winners’ list. Both their wins for season 2019 have come at home and all three losses have been on the road.

Hosting Maffra at the Wonthaggi Recreation Reserve at 2.20pm on Saturday will give the Power confidence while the Eagles will be keen to break their traveling hoodoo.

Cellar-dwellers Warragul will be at home to Morwell who have two wins on the board.

The Gulls had their feathers well and truly ruffled by the Eagles in round five and will be desperate to avoid a similar mauling at the hands of the Tigers who are also coming off a loss. However, Morwell scraped home with a narrow win against Maffra in round four which will give them belief going into this match.

Warragul and Morwell will meet at Western Park at 2.20pm on Saturday.

Drouin in fifth take on Leongatha in fourth. Both teams have three wins and are only separated by percentage. Drouin has been the surprise packet of the season and take their renewed belief into the match against the reigning premiers who have struggled to follow up on last year’s success so far.

Leongatha come into the match with a win in their last outing against Morwell and will look to Christopher Dunne, sitting second on the league goalkicking ladder with 13, to make his mark on the scoreboard.

Drouin will be keen to get back on a winning track after going down on the road to Sale by 24 points.

They will meet at the Drouin Recreation Reserve, Saturday, 2.20pm.