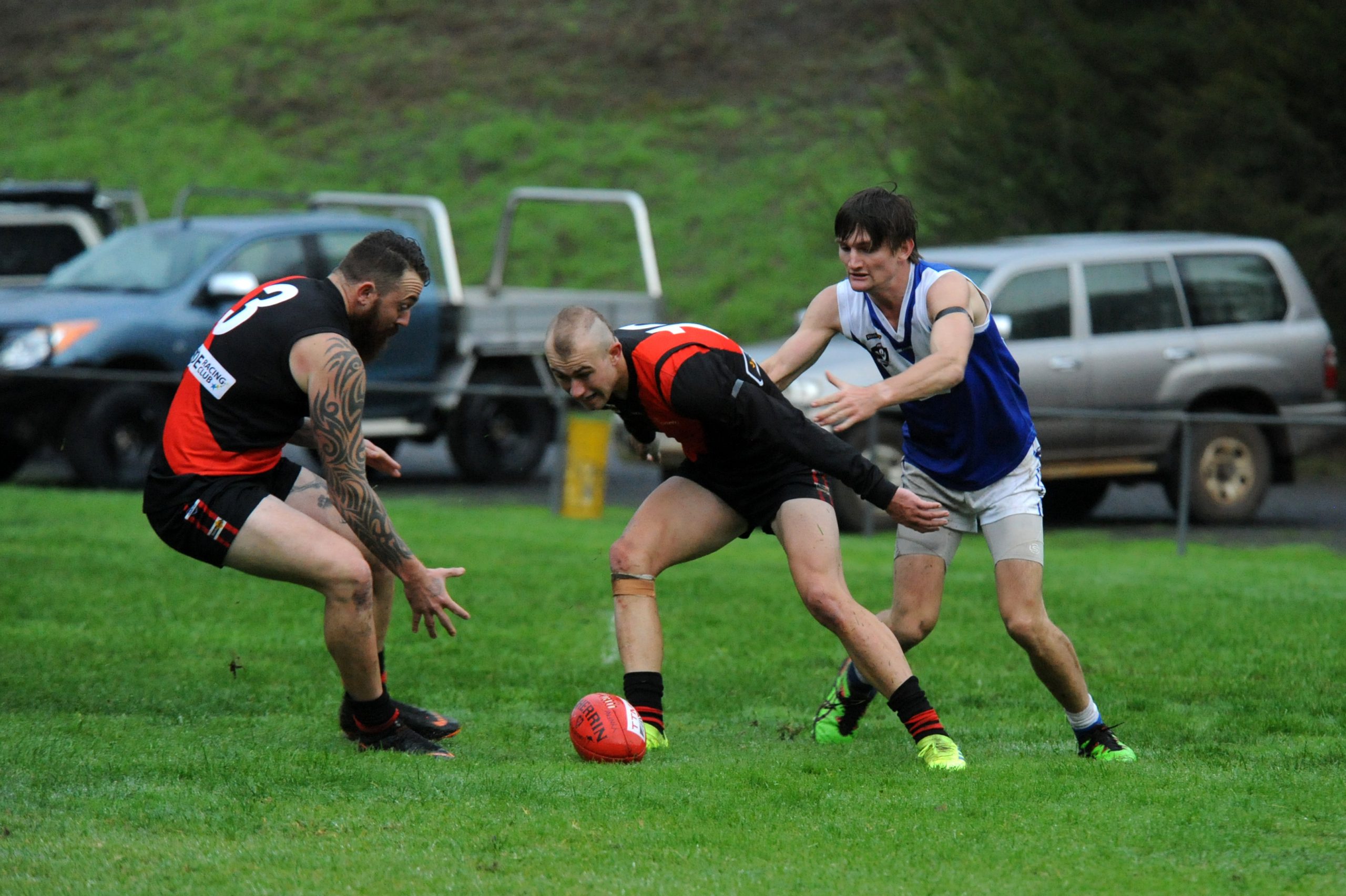 The half-way mark of the season is fast approaching and while most sides have started to find their place, for those that have their sights set on a top three spot, the time to make their move is right now.

Yallourn-Yallourn North have been good without being great. Their strength is very much the sharing of the load across the 21 players each week.

The Bombers have a handful of talent, capable of brilliance and as the going starts to get a bit tougher, there is no question those players will get the chance to shine.

Morwell East got a peek at what the best are capable of when they were beaten by Mirboo North last week but the result did not dent the confidence of coach Devon Soutar who, in fact, felt his team and plan were vindicated by proving they could match it with the top of the table Tigers and only be beaten by the siren rather than a devastating opponent.

The Hawks’ ball movement can cut through sides quickly if left unchecked. They are not afraid to share the ball instinctively in any part of the ground and as they move forward, they also have the benefit of a few options to goal.

There will be sleepless nights for the Hawks’ coaching staff leading into this weekend and an uncomfortable afternoon ahead for Morwell East defenders, but the prospect of two losses in a row and the risk of falling back to the pack of teams below them, is very real, and thus the result is absolutely crucial for both.

Six from six and life is sweet for Mirboo North at the moment. The Tigers have gone about their business in devastating fashion one week – their thrashing of Yinnar a perfect example – and workman-like another week – their victory over Morwell East last week a case in point.

Sidelined coach Josh Taylor has highlighted the fitness of his squad as the X factor that has caught opposition sides out in the latter part of games.

Most of the Tigers opponents have managed to stay somewhere close to Mirboo North until the half time mark of a game, before being outworked, out-run and eventually overcome, the further the game went.

The kilometres the players put into their pre-season can be cashed in during the home and away year. Some players are blessed with a natural fitness, but most are not. It is a hard thing to stop a runaway train like the Tigers at the moment.

All that said, Trafalgar, after a week off courtesy of the bye, would have given coach Clint Eisendel and his players the perfect opportunity to reflect on just what they have dished up this year.

The Bloods premiership of 2018 is a million miles away now and for them to have a chance of clawing their way into back-to-back contention, they have to improve in the 1 per cent areas starting this weekend.

There is a big question mark over Trafalgar at the moment and just what their season holds for them given the likes of Morwell East and Hill End are making a move on a top five spot as well.

Lose this week and the going starts to get tough for Trafalgar. It’s not the end but they will be a long way from where they want to be.

Newborough have every chance of making it two from two when they host Boolarra this weekend.

The Bulldogs have a young enthusiastic but largely inexperienced squad at the moment and with that comes peaks and troughs in performance.

Coach Dean Caldow’s journey for Newborough isn’t all about this season but rather a longer journey on the road to building his Bulldogs back to a respected and feared opponent.

Demons coach Tony Giardina is on much the same journey, but is ahead of Caldow by 12 months.

Boolarra will give themselves a big chance of claiming another victory this weekend after proving they can mix with the best in the competition.

A loss for the Demons might not be devastating but it would be more than disappointing given the club has it sights set on at least three or four victories this year.

That might not seem like much but it is an important stepping stone to where the Demons want to be and also an important part of the story to sell to prospective players in the months ahead as they also plan for 2020.

The opening minutes, maybe even the opening quarter, of this clash will be played with a real intensity as both teams try and assert their control on the outcome, but you get the feeling it will be the side that pushes themselves through the uncomfortable and shows composure when required that will have the win.

Yinnar are a little hard to get a handle on at the moment. The Magpies can change from hot to cold, week to week, or for that matter even within games.

Coach, Kane Grinstead Jones has lamented the fact he has had trouble getting his best side on the park on a regular basis, if at all, for most of this year, but as the season starts to unfold he will be forced to deal with what he has and make the most of it.

His team, like Trafalgar, has fallen back to the pack this year and face the possibility of being in a fight for a top five spot with several others unless they can string some wins together.

Yinnar’s season looks like this at the moment W-L-L-W-L, and without a couple of Ws side by side soon the pressure will start to build.

On the other hand, Thorpdale come into this game with no pressure at all which makes them a dangerous proposition. The Blues have got the game to unsettle Yinnar and their physicality around the ball and aggression toward the player can be distracting.