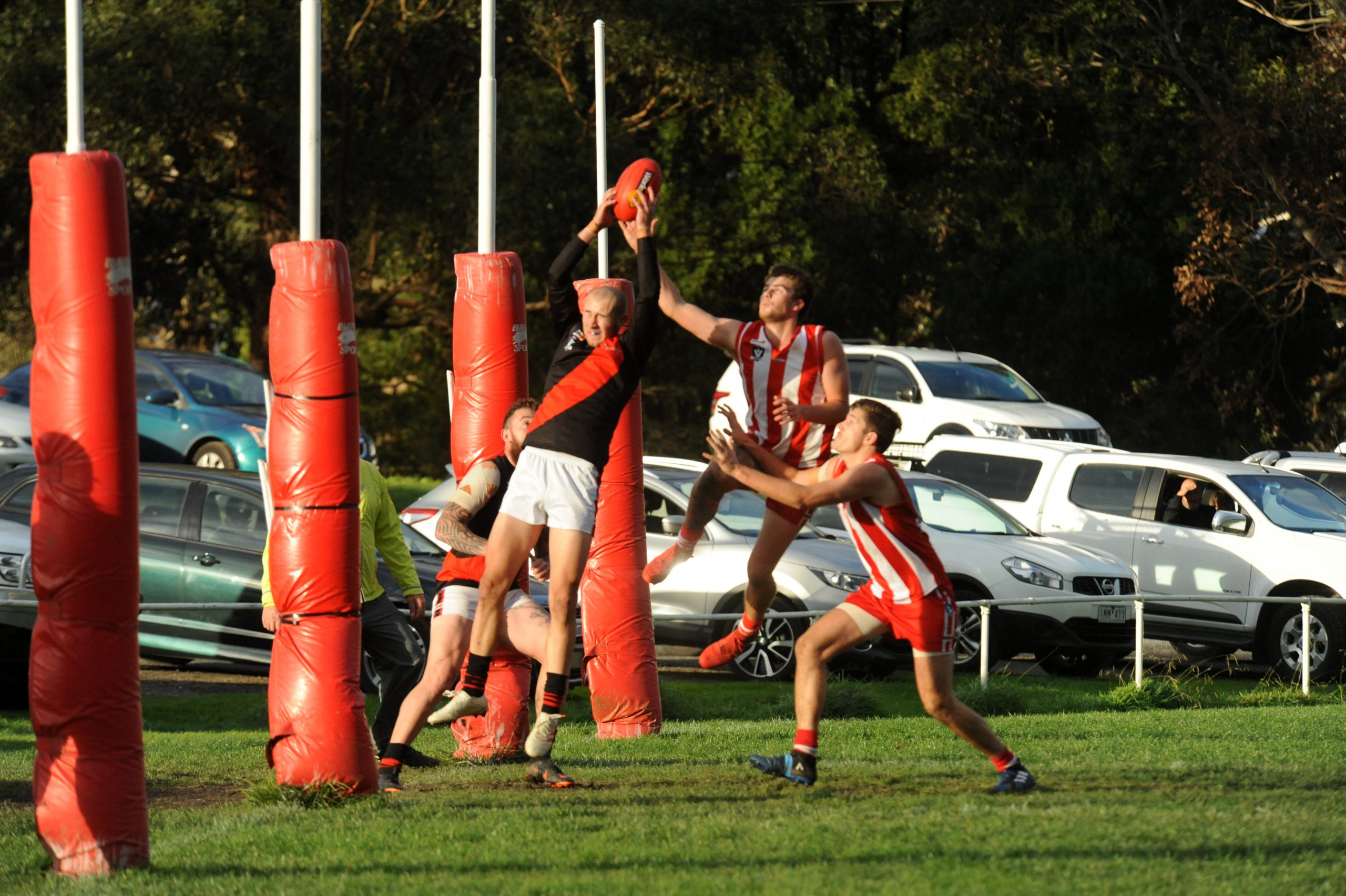 Top-of-the-table Bombers will clash with the Tigers this weekend after coming off a more than 100-point victory over reigning premiers Trafalgar.

Mirboo North has had a week off courtesy of the round eight bye and the respective pre-seasons of both clubs prepared them well, the Bombers recruiting and adding even further depth to what was a side only just short of the league’s best.

The biggest revelation this year has been the outstanding finish of key forwards Keenan Hughes and Dean MacDonald, sitting atop the goalkicking table with 38 and 29, respectively.

This encounter promises to provide ‘finals-like’ pressure and deserves a big crowd.

Yallourn-Yallourn North will need to continue their very best to maintain their unbeaten run.

After winning the 2018 premiership just 32 weeks ago, Trafalgar are at risk of missing the finals in 2019.

Newborough coach Dean Caldow can see blood in the water and will have spent the week helping his young squad believe they can steal some much-needed premiership points from Trafalgar.

In recent weeks, a series of injuries has meant Caldow has had to work with a thin bench and that, coupled with some inexperienced players, has resulted in some games blowing out to a margin greater than the difference might have normally been.

Trafalgar will need a victory this weekend, turn at the half way mark with three wins under their belt and then hope they can build on that, all the while also hoping that results fall their way with clubs above them.

The winner of this most important clash will find themselves well placed to make a claim for a top five spot and therefore the privilege of playing finals, not to mention an opportunity to finish top three for the double chance.

Yinnar’s strong victory over Boolarra last week indicates they just may have turned the corner and they will have needed to, to be a chance against the Hawks this week.

Morwell East started the season with a bang, winning their first four, before facing Mirboo North and Yallourn-Yallourn North, those two

losses throwing a cloud over the club, especially given the thrashing they received at the hands of the Bombers.

But to their credit the Hawks bounced back last week against Newborough and showed no ill-effects of the fortnight prior.

There may not be a whole lot separating these two teams as far as talent is concerned, both with a handful of real quality at the top end and the result likely to come down to depth of talent at the bottom end.

It is here that Yinnar all of a sudden start to come into contention.

Both clubs will be better as a result of this weekend’s clash, no matter the result, because it too will serve up a finals-like atmosphere.

Two improvers of the competition will meet to round out the halfway mark of the 2019 MGFL season.

Hill End have taken giant steps forward, Boolarra a few smaller ones, but both have helped to lift the standard of the league.

The Demons after two years without a win now have two under their belt in two months and Hill End, without a finals appearance for many years, now have the chance to play a major role in how the top five is shaped.

The Rovers currently sit fourth on the ladder and could find themselves just percentage behind third if results are to fall their way this weekend.

Mike Santo has managed to keep himself and his group buoyant even after the three losses they have had.

Most sides have fronted up to Boolarra, expecting to just win, but have been met with the ferocity at which the Demons can hit both the ball and contest.

The Rovers will need to weather the early storm, and might even find themselves in the middle of an actual storm given the weather forecast, which would also throw another hurdle for the home side to overcome.