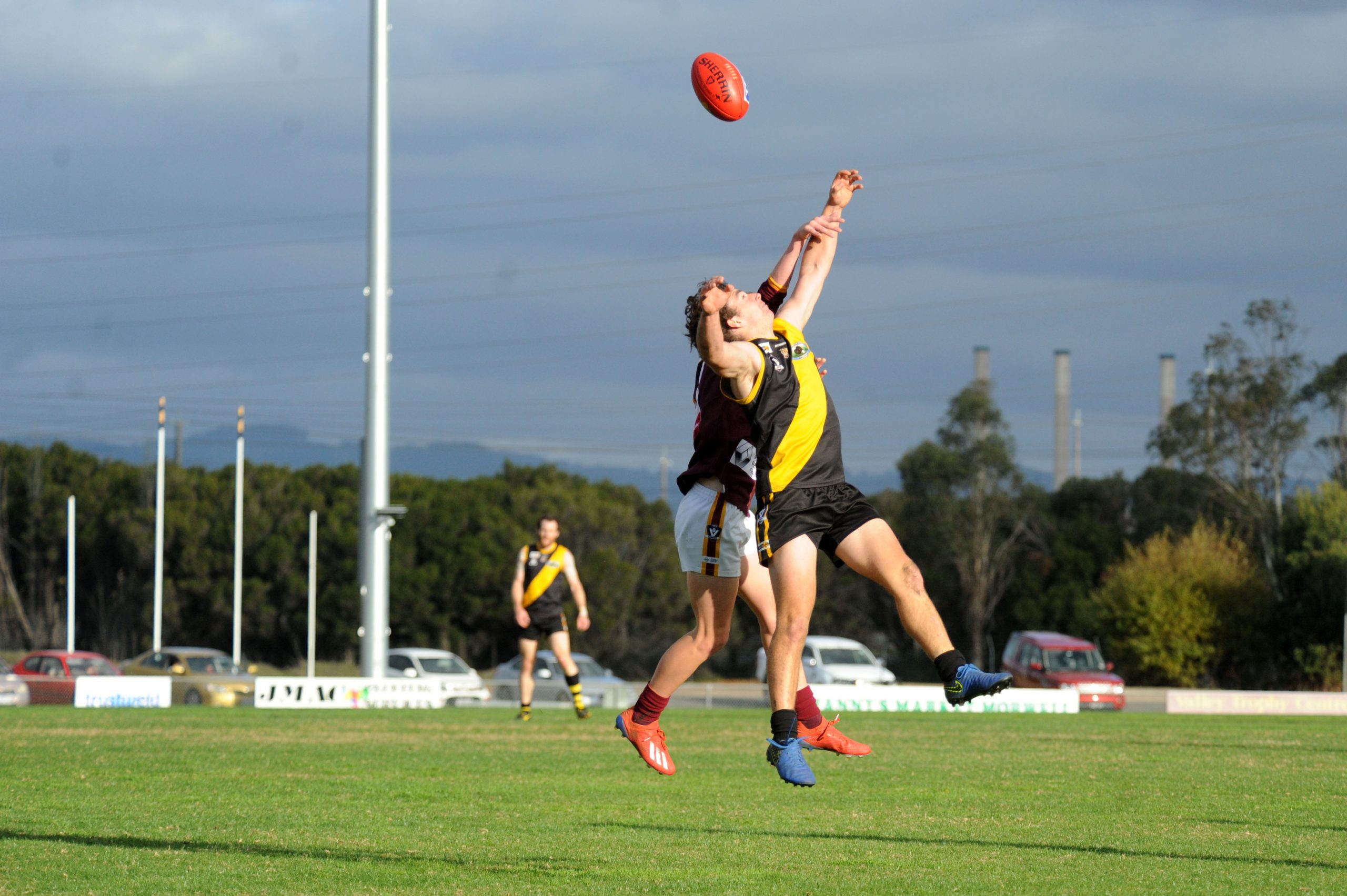 While both sides have endured an underwhelming start to the season, only one place separates the Maroons and Tigers who sit eighth and ninth on the ladder, respectively.

The Maroons last weekend leapfrogged Warragul and Morwell off the bottom of the ladder after their 61-point crumbling against Warragul.

Led by Mark Collison, the Maroons will be supported by the Lopreses in Dylan and Riley who kicked two goals at the weekend, as well as Lee Stockdale and Bailey Cameron.

After losing their first four matches, Traralgon have won two of their past three games, with the loss during that period by only three points.

Morwell, on the other hand, head into the round seven clash licking their wounds after a three-goal loss to Drouin at home.

The Tigers, who are at risk of receiving the wooden spoon, will hope to bring about some fanfare on Saturday after losing their past three matches.

Despite the round seven loss Josh Hecker, Nicholas Wilson and Tyler Hillier kicked six of the Tigers’ 10 goals and will be called upon this weekend to display a similar performance.

While form suggests Traralgon are the favourites, there is not much stopping a Tiger outfit from claiming back some territory this weekend.

The match of the round will be at Ted Summerton Reserve in Moe where the Lions will take on Leongatha.

Both sides are level on points with the Lions in third place ahead of the Parrots in fourth thanks to a better percentage.

The Lions head into the game after a touch-up by Maffra in round seven while the Parrots also lost at the weekend, by a much smaller margin.

If the Lions are to win on Saturday Moe will have to ignore recent history.

The Parrots will rely on the support of big man Chris Dunne who has bagged 14 goals for Leongatha this year and sits fifth on the league’s leading goalkickers.

Moe, however, will be aided by the likes of Dylan Farrell who bagged two majors in the Lions’ loss at the weekend.

The Parrots have won their past 17 matches against the Lions, a streak stretching back almost a decade to 2010.

A hat-trick of losses has pushed the Lions from top spot to third, while the Parrots are at risk of dropping out of the top five as they sit at fourth.

Maffra will head west to play Drouin in a bid to extend their three-game winning run.

In second place on the Gippsland league ladder, the Eagles on Saturday will face a Hawks side eager to claim a major scalp.

The Hawks moved into the top five last Saturday after winning at Morwell.

Before that win, the Hawks lost to Sale and Leongatha, raising questions about how they can match the competition’s top teams.

Drouin has players which, if left unchecked, could trouble the Eagles.

Eddie Morris has been in good form recently up forward, while Bailey Beck has kicked three goals in both his recent two matches.

Veteran Bob McCallum will take on Eagle Kieran Jones in a key contest in the ruck.

Maffra was tested by Moe last weekend, but found a way through the Lions’ press to win by 33 points.

Maffra have won their past four matches against Drouin.

Ladder leader Sale will host Wonthaggi, a team which hasn’t won at the Magpies’ nest since 2010.

The Power’s most recent memory of Sale Oval wasn’t a happy one, losing by 100 points.

The seventh-placed Power ended a run of three straight losses by defeating Bairnsdale at home on Saturday to remain a win outside the top five.

Troy Harley provided a strong target up forward, kicking four goals, while Tim Knowles has been playing well in defence.

Enjoying a run of four consecutive victories, Sale’s status as a premiership contender was boosted on Saturday when they won at Leongatha for the first time in five years.

The Magpies are the only side to have scored more than 600 points in total this season.

A big part of that has been Ben Dessent, who has kicked five goals in each of his past three matches to move to 21 for the season, four behind league leader Brayden McCarrey of Bairnsdale.

The Magpies’ midfield has also been a major factor, and will be a challenge for the Power to contend with.

Warragul will make the long trek to Bairnsdale.

For the past four weeks, the Gulls have gone win-loss-win-loss.

They returned to the bottom of the ladder last weekend after losing to Traralgon at home by 61 points.

Things may not get easier for the Gulls as Bairnsdale has a good record at home.

All three of the Redlegs’ victories this season have come at Bairnsdale City Oval.

The Redlegs fell out of the top five after losing at Wonthaggi, but could be back in it if they win and Drouin loses to Maffra.