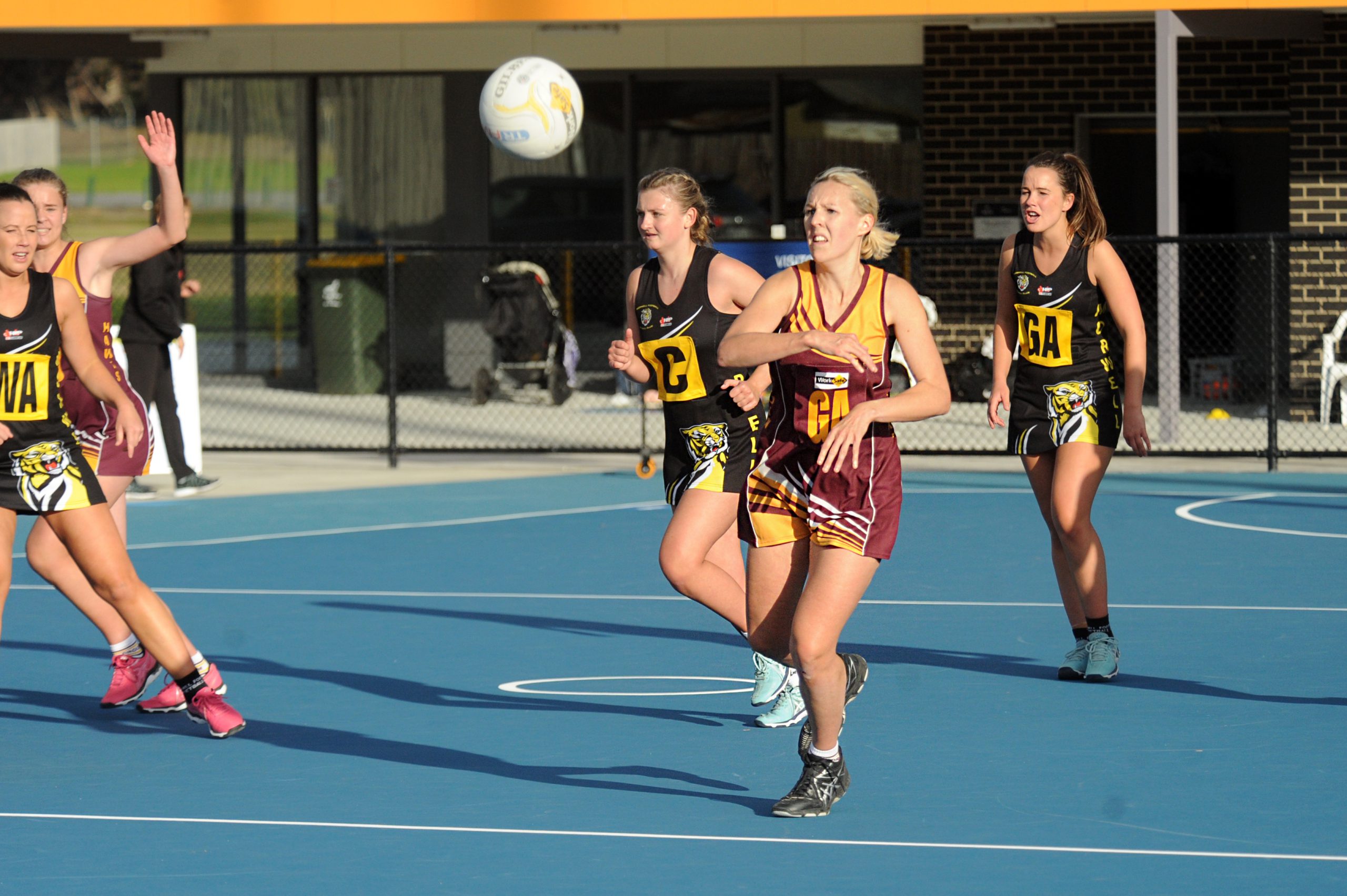 Netball fans will have their sights set on the top of the table clash between Morwell and Traralgon at the weekend.

With other neighbouring netball league games scheduled for Sunday or the following week, expect a large turnout to this clash as first takes on second.

Morwell sit undefeated on top of the Gippsland league ladder, a game ahead of second-placed Traralgon with six wins and one loss.

The Maroons head into the round eight clash following a seven-goal loss to Warragul at the weekend – their first for the season.

However, the Tigers enter the game in good form following their sixth consecutive win on Saturday, this time by 16 goals against Drouin.

Regardless of the result, you can expect a close result for this game and a large crowd to go with it.

In the second Latrobe Valley-based game, Leongatha will head to Moe to take on the Lions on Saturday.

The Parrots and the Lions sit fifth and fourth, respectively, and a loss this week for Leongatha could push them out of the top five.

Moe return home after a 10-goal loss to the Eagles at Maffra, their second loss of the season.

Leongatha will head up the highway after a draw, 39 goals apiece, against Sale in a close game in round seven.

The Lions have been in fine form this season, chipping away at teams they’ve met and sit only a game away from second and third-placed Traralgon and Warragul.

A loss for the Parrots could be season-defining for Leongatha, who are only two points ahead of sixth-placed Maffra.

Third-placed Warragul will hit the road following a seven-goal loss at the weekend to take on Bairnsdale.

The Redlegs return home on a high after a 27-goal win against Wonthaggi, their first for the season.

Bairnsdale sit ninth of the ladder and will be challenged to back it up at home when the in-form Gulls head down the highway.

Warragul sit third on the ladder with six wins and one loss, which they suffered at the weekend.

Despite the loss, the Gulls have mostly been in-form this season and will prove too strong for the Redlegs.

The Eagles will fly into Drouin on Saturday as Maffra has a challenge on their hands if they are to move into the top five.

Drouin sit seventh on the A grade ladder, four points behind sixth-placed Maffra, who are a chance of knocking the Parrots from fifth.

However, the Eagles were unable to snatch a win from Moe at the weekend at home, going down by 10 goals.

Drouin, much the same, lost to Morwell by 16 goals and will have battle on their hands if they are to win their third game of the season.

In the final Gippsland league A grade game, Sale will host Wonthaggi.

The Magpies sit eighth on the ladder with only one win this season, while Wonthaggi are yet to register a win.

This game will provide the Power with the perfect opportunity to win their first game after losing to Bairnsdale in round eight.