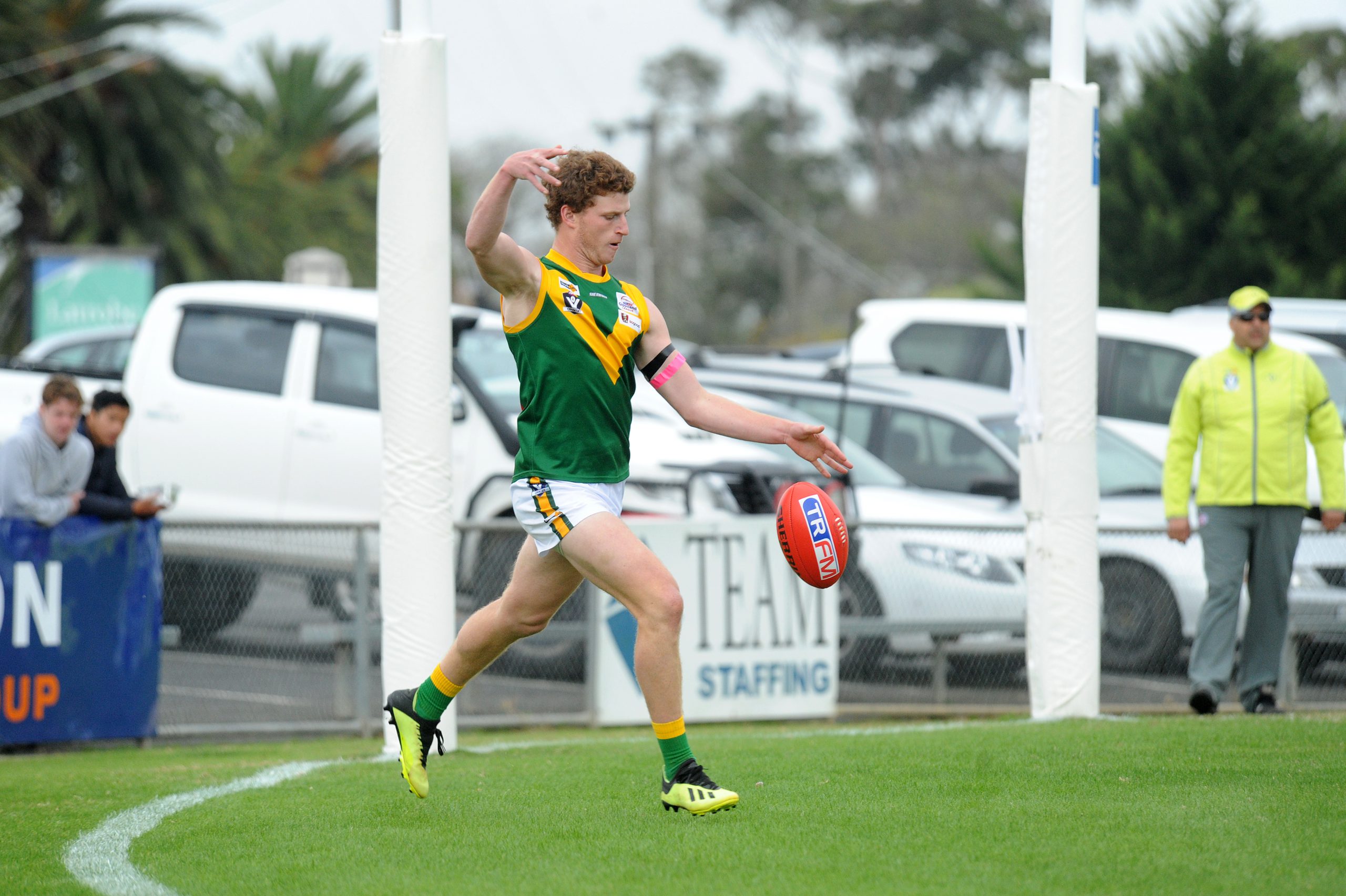 Defeding premiers Leongatha will look to return to the winner’s list this weekend when they head back to the nest to host Bairnsdale in round nine Gippsland league action.

The Parrots dropped to fifth after their round eight loss to Moe on the road and with Maffra and Traralgon away in the next two weeks, this round’s clash with the Redlegs could prove pivotal in the back half of season 2019.

Bairnsdale won, albeit just, over cellar-dwellers Warragul in round eight, holding off a last-ditch comeback to run out four-point victors to sit alongside Leongatha with four wins for the season.

John Ginnane was the only multiple goal scorer for the Parrots at the weekend and was left in need of support in the absence of former league leading goal kicker Chris Dunne.

For the Redlegs, avenues to goal will prove equally crucial in their hunt for a scalp this weekend with Keiran Vickery and Byron Vickery – three and two goals, respectively in round eight – looming as ones to watch for the Parrots’ defenders.

The opportunity to string together three consecutive wins awaits Traralgon this weekend as they look to pounce on a rebounding Maffra side.

The Maroons were clinical at home in their treatment of Morwell in round eight, holding their cross-town rivals to just two goals and keeping their finals hopes alive in the process.

Mark Collison was untouchable through the midfield, racking up 34 possessions in a leading performance and will warrant the attention of the Eagles’ runners this weekend.

Support came in the form of Jackson Hall and Jackson McMahon who proved equally crucial in leading the Maroons to a dominant win.

For the Eagles, a convincing loss to a reborn Drouin side at the weekend sees them drop two games off the pace of ladder leaders Sale, despite standout performances from John Butcher and Daniel Bedggood who kicked four goals each.

Moe will look to close the two-game gap between them and Sale this weekend when they travel to take on bottom-placed Warragul this weekend.

The Lions toppled reigning premiers Leongatha at the weekend for their fifth win of the season and looked primed to make it six this weekend against the struggling Gulls.

Warragul came close to their third win of the year against Bairnsdale in round eight, falling just four points shy in a performance that belied their 10th-place standing on the ladder.

After a dominant run to start the season with four consecutive wins, Moe then fell to Bairnsdale, Sale and Maffra, respectively before bouncing back against Leongatha at the weekend.

Morwell face the unenviable task of taking on ladder leaders Sale this weekend.

The Magpies, in ominous form on the back of their seventh win from eight games, are sitting pretty two games clear of Maffra on top of the Gippsland league senior ladder.

There was little Wonthaggi could do to combat the firepower of Brad Dessent at the weekend as he bagged a season-high 10 goals to lead Sale to the win.

Morwell were outgunned by rivals Traralgon by 35 points in round eight, despite the best efforts of Dan Musil who stood out in the ruck and was best-on for the Tigers.

Riding high after topping powerhouse Maffra in round eight, Drouin travel to Wonthaggi this weekend full of confidence and with a spring in their step.

The Hawks have been the surprise packet of the season so far with five wins and sit comfortably in fourth spot with a game’s breathing space from Leongatha in fifth.

Bob McCallum is in characteristically ominous form and has been hard to contain for opposition rucks week in, week out, while there have been no shortage of contributors forward for the Hawks.

Wonthaggi have notched three wins so far and are just two games behind Drouin in what is proving to be an even Gippsland league senior competition.