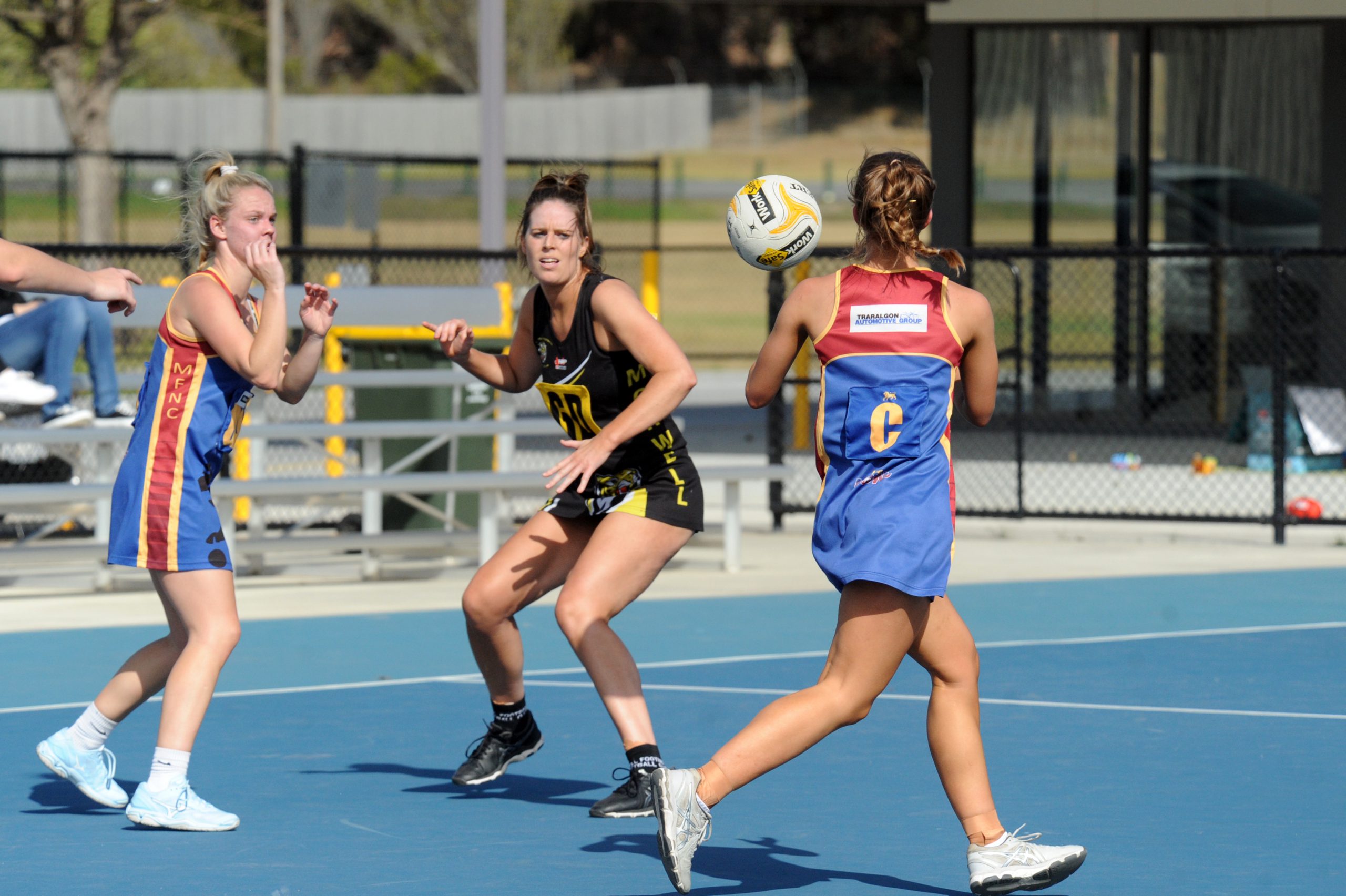 Second takes on third in Gippsland league netball action this weekend when Warragul hosts Moe in the match of the round.

Warragul, a game clear of the Lions with seven wins, come into the headline clash on the back of a 30-goal victory over Bairnsdale on the road.

Moe were challenged by a buoyant Leongatha side in their round eight encounter, edging out the Parrots by seven goals for their sixth win of the 2019 season.

Goaler Georgia Moody was a standout under the ring for the Lions and converted 37 of their 56 goals with the remaining falling to shooter Bella Hodgson.

Defender Shannon Freeman continued on with her stellar season and was among the best for Moe in the win, as was centre Charlize Bird.

After yet another drubbing in round eight, Wonthaggi will return home in search of their first win for the 2019 season to host Drouin this weekend.

The Power suffered their eighth consecutive loss at the hands of Sale, 60-38, and perhaps their best shot at getting off the mark for premiership points comes on Saturday.

Drouin find themselves in eighth spot on the A grade ladder after failing to notch a win since their round five win over Sale, their second and most recent win of the season.

Sale face a daunting task in ladder leaders and undefeated side Morwell this weekend.

The Tigers have been buoyed by a number of off-season recruits who have proven the difference in many of their victories so far this season.

Their round eight win over powerhouse Traralgon at the weekend was an impressive one, the 11-goal victory affirming the Tigers as hot premiership favourites.

Daisy Hill reaped the rewards of a hard-working mid court at the weekend, scoring 39 of her side’s 57 goals in a near best-on-court performance.

Sale were also big winners in round eight and accounted for Wonthaggi with east at home, 60-38.

After giving defending premiers Moe a run for their money at the weekend, Leongatha head into this weekend’s home court clash with Bairnsdale as favourites.

The Parrots came within seven goals of the Lions after a down-to-the-wire thrilling draw with Sale the week prior.

Bairnsdale, with just one win to their name so far this season, sit in ninth spot on the A grade ladder above a winless Wonthaggi.

The Redlegs notched their only win so far in round seven by 27 goals over the Power.

Traralgon were dealt their second defeat of the 2019 season and will look to bounce back this weekend when they travel to take on Maffra.

The Maroons were outdone by 11 goals at the weekend while the Eagles won their round eight encounter by 11 goals.

Maffra sit fifth on the ladder while Traralgon are a spot above in fourth, but the Eagles are two games off the pace and risk the gap widening to three if they go down this weekend.