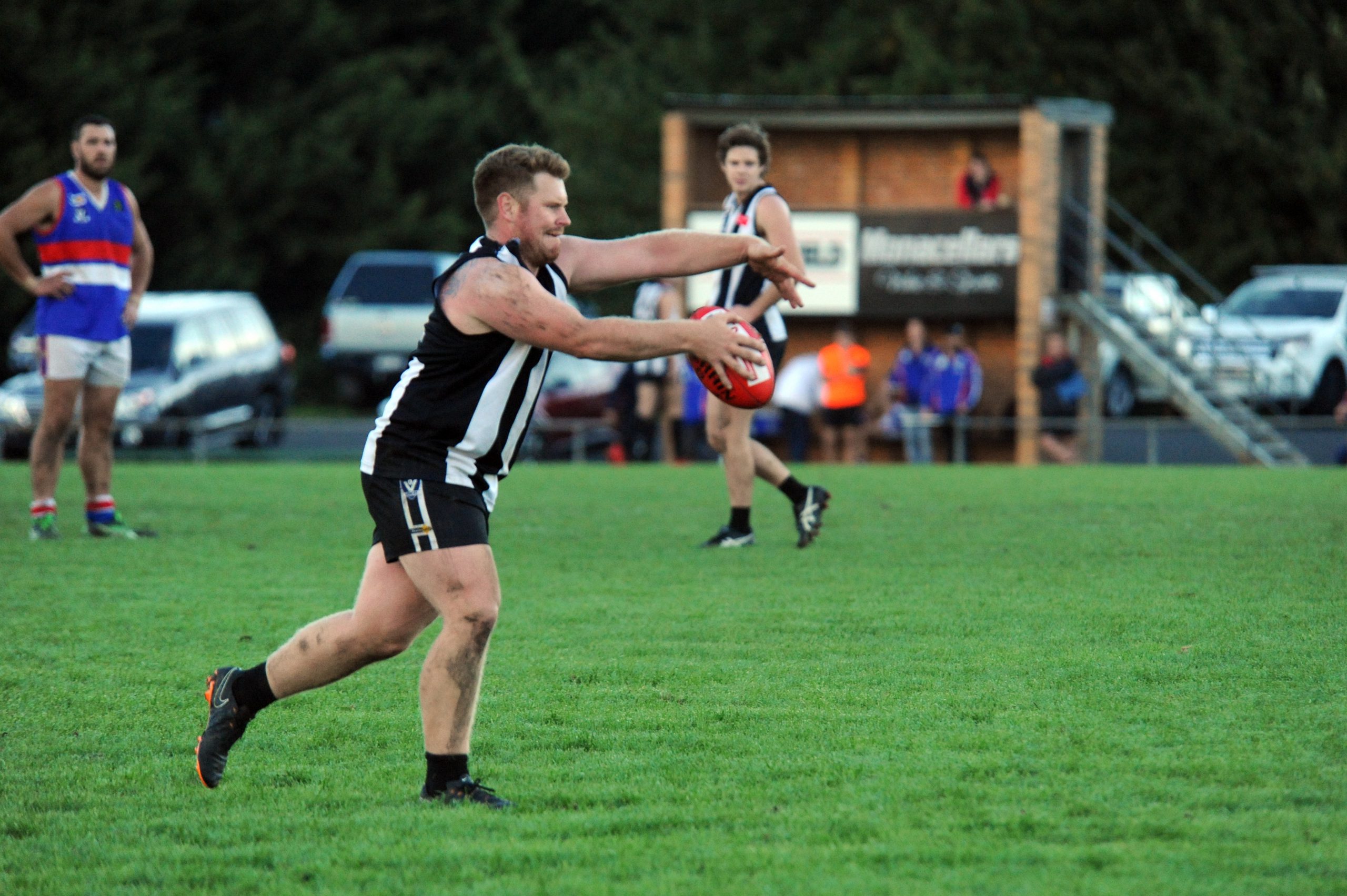 In simple terms, the winner of this weekend’s round 10 clash between Yinnar and Trafalgar will secure a top-five spot while the loser find will themselves in sixth place.

It was the Magpies who got the points in round one with a nail-biting win for newly-appointed playing coach Kane Grinstead-Jones.

The Magpies believe they are finally where they want to be and while it may have taken them until the mid-way mark of the year their starting 21 is somewhere close to where it should be.

Trafalgar, sixth but with a much higher percentage than fifth-placed Yinnar, are yet to have success over any team in the top five.

The Bloods might not be at their 2018 premiership best but they have shown flashes of that form.

However, only extended periods of time played at that high standard will be enough for them to match Yinnar at home.

Hill End have been applauded for their meteoric rise up the MGFL ladder but Morwell East’s 2019 form has been every bit as impressive.

The Hawks seem to have responded well to a new voice and a fresh face with Devon Soutar content with where his side sits but adamant there remains plenty of improvement to be found.

A top three spot for either of these two teams would be an outstanding achievement but it seems that there is only room for one of the two.

If Hill End win they grab third spot but if they lose then Morwell East have a two-game buffer with seven games to go.

In round one when the teams last met it was the Hawks on their home ground who got the edge after coming from behind to claim the points.

Since that time, however, it is fair to say that both clubs have shown plenty of improvement.

As strange as it may sound, Thorpdale must approach this round 10 clash with Boolarra like it is their grand final for the year.

For the Blues, it will be their biggest chance for a victory in the 2019 season and although there will still be seven more rounds to follow this weekend’s match, the fact is, this is the one that looms as possibly their best chance for premiership points.

The Demons opened the year with a gutsy win over the Blues to break a two-season-long drought.

With two victories already under their belt and limited opportunities in the weeks ahead to add to that tally, Boolarra coach Tony Giardina will demand his boys do what they need to do to claim their third win.

Three wins in a year might not sound like it amounts to much but it must be recognised as a huge improvement for the Demons.

Newborough faces a mammoth task this weekend, hosting a very good Tigers side on the rebound after their loss to Yallourn-Yallourn North.

Bulldogs coach Dean Caldow has been glowing in his praise of his young and inexperienced side and has shown patience and provided guidance.

“Last week I had four first-year players in my best and I hope to regain four first-choice players this week so we can at least be competitive,” Caldow said.

“I should also mention that Joel Mitchell was sensational for us last week, taking 10 contested marks.”

The fortnight ahead looms as the biggest challenge for Newborough.

Not only do they take on Mirboo North, they will have to confront an even better team the week after when they meet the top-of-the-table Bombers who will be coming of the bye.