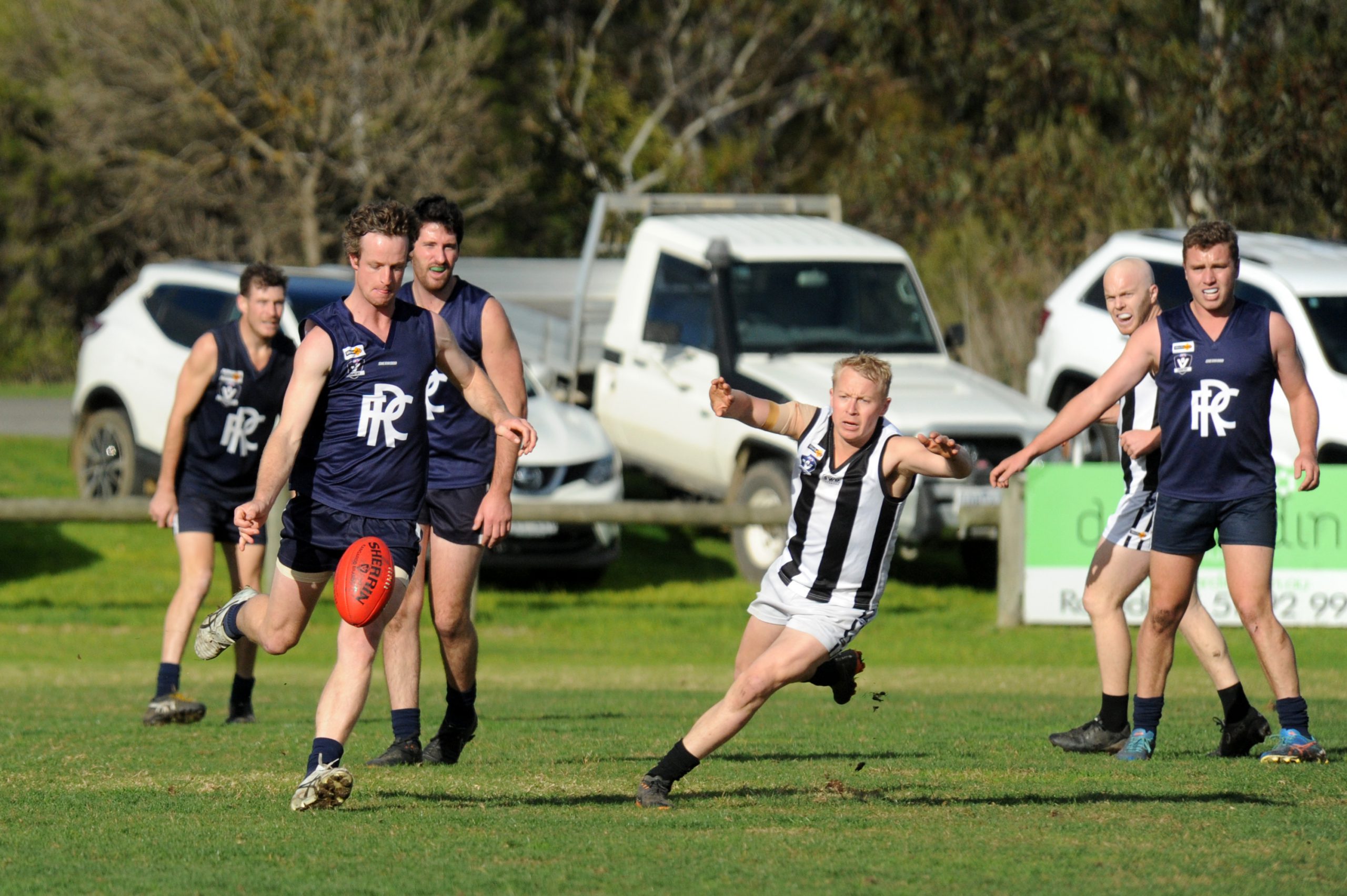 Four games were played to close out the split round nine in the North Gippsland league on Saturday and Glengarry outclassed by Rosedale to the tune of 90 points, 19.17 (131) to 5.11 (41).

The Blues led at every change on their home deck but saved their best for last with six final-term goals from 12 scoring shots to close out the game.

A dominant two-pronged performance from Kaleb Watson and Brandon McDonald, with five goals each, led the way for the Blues.

A trio of others – Ben Jones, Brock Williams and Adam Mitchell – each kicked two.

Among the best for the Blues were Rohan Diamond, Bradley Scott and Alex Whitehill.

For Glengarry, Andrew May and Jay Neagle kicked two apiece.

Shane Morgan reaped the rewards for the dominant Saints, finishing with a season-best 11 goals while Dale Murphy bagged four and singles went to five others.

The Tigers were held scoreless in the final term as Cowwarr added five goals and four behinds to pull the final margin beyond 100 points.

Gormandale, yet to come close to any premiership points this season, have lost all nine of their games by more than 100 points.

The win for Cowwarr puts them in seventh with three wins for the season, a game clear of Glengarry.

Traralgon-Tyers United led at every change against Heyfield at the weekend before the Roos ran rampant in the final term to snatch the points, 12.14 (86) to 12.8 (80).

It was slow going for both teams in the first term but it was the Bombers who found the edge on the scoreboard by five points at the first break.

Their lead was just two points at half-time after Heyfield won the quarter with three goals and five behinds.

The visitors appeared to gain the upper hand in the third term, piling on six goals to the Roos’ three to earn a 20-point lead at three-quarter-time.

However, the home side saved their best for last, adding five clutch goals and five behinds to run out winners.

The victory puts Heyfield within a game of TTU on the North Gippsland senior ladder.

The writing was on the wall early in the piece for the Wildcats as the home side scored six goals to their solitary behind to lead by 37 points at the first break.

The Bulldogs didn’t hold back in the second term and added another six goals to the visitors’ one to stretch the margin to 55 points.

Nick Grainger was the pick of the bunch for Sale City and finished with six goals while playing-coach Jacob Schuback and Kerrod Macgregor-Davies got in on the scoring action with five majors each.

Among the best for Sale City in the big win were Schuback, Justin McLay and Tom Mann.