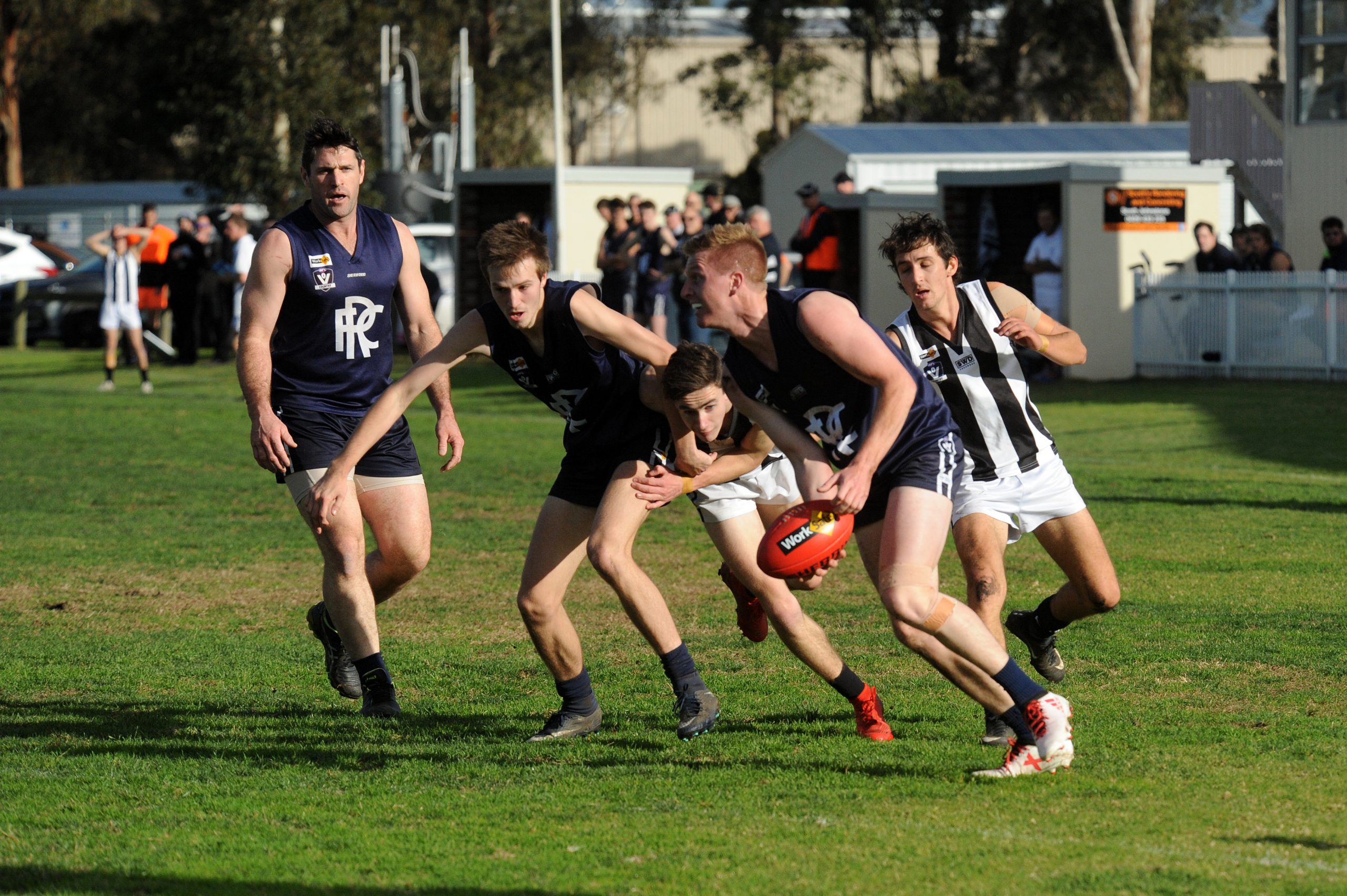 Due to season 2019’s modified draw it has taken until round 10 of the North Gippsland league to have all teams play each other at least once.

The round not only pits ladder leaders Churchill against fifth-placed Sale City, it also has the other four sides that make up the top six playing each other.

In turn, this also means that the bottom four sides are battling it out in what should be one of the most even weekends of action.

Coming off their first loss of the season, those heading to Gaskin Park on Saturday to watch Churchill take on Sale City will be keen to see the response provided by the home side.

Churchill coach Chris Williams was measured in his response immediately following the loss to Yarram on the Queen’s Birthday weekend, noting several areas he thought his side needed to improve on in the back-half of the season.

On the other hand, Sale City are coming off a percentage-boosting win which helped them climb back into the top five.

Undoubtedly they will be hoping to continue that momentum by taking a big scalp to start a charge back into the top three over the next nine weeks of football.

Walker is likely to have one of Dean DeGroot or Kyle Hearn, who is in the mix for a senior recall, for company this week while Churchill skipper Jordan Fenech appears a logical match up for the smaller Grainger or even Schuback when he rests forward.

At the other end, the Bulldogs’ defenders will have their hands full trying to stop the likes of Brendan Holt and Blake Slater who both provide mobile targets and work well to create space for each other.

With Ben Kearns likely to miss another week with his troublesome calf, the opportunity is there for young guns Cain Iorangi or Ryan Lowrie to get off the chain and impact the scoreboard.

Sale City’s Ben Chivers seems a likely match-up for either of those two, however, he may get the job on the resting Cougar onballers such as Nick Celimna when they push forward.

That win will provide Heyfield with plenty of confidence coming into another huge clash when the Roos take on Rosedale on Saturday.

The Blues managed 19 majors without a significant contribution from regular goalkicker Frazar Brouns.

Heyfield too managed to get the result last week without one of their usual suspects Shaun Humphrey hitting the scoreboard.

With both sides having multiple goal-kicking weapons, spectators will be hoping for an entertaining clash which will hopefully see both sides look to outscore rather than restrict their opponents.

Yarram make their way to the Tyers this week where the two competing coaches Matt Scholz, who master-minded Yarram’s 2018 premiership, and Michael Duncan, who took the Bombers to third place last year, will have playing groups with contrasting mindsets.

Yarram will roll into Tyers fresh off the bye having accounted for the previously undefeated Churchill at their last outing, while TTU will be ruing a final-quarter fade-out that cost them dearly in their last outing.

Both sides have match-winners in their respective front halves but the Yarram back six also utilise their run and spread to set up attack from behind the ball.

This clash between Cowwarr and Glengarry is a crucial one in terms of measuring the development of each club across 2019.

Glengarry have a younger side that is perhaps finally ready to take the step up both now and in seasons to come.

Cowwarr, on the other hand, have the more seasoned list with many more avenues to goal and an elite on-baller in Pat Tainsh.

With Cowwarr’s thirds languishing in last spot and Glengarry’s resident atop of the ladder, undefeated and with a percentage of 580, if ever there was a week for the Pies to roll the dice and play the kids this is the one.

The final clash of the round will determine if the battle to avoid the wooden spoon remains a two-horse war or if Gormandale are destined to finish the year with the unwanted trophy.