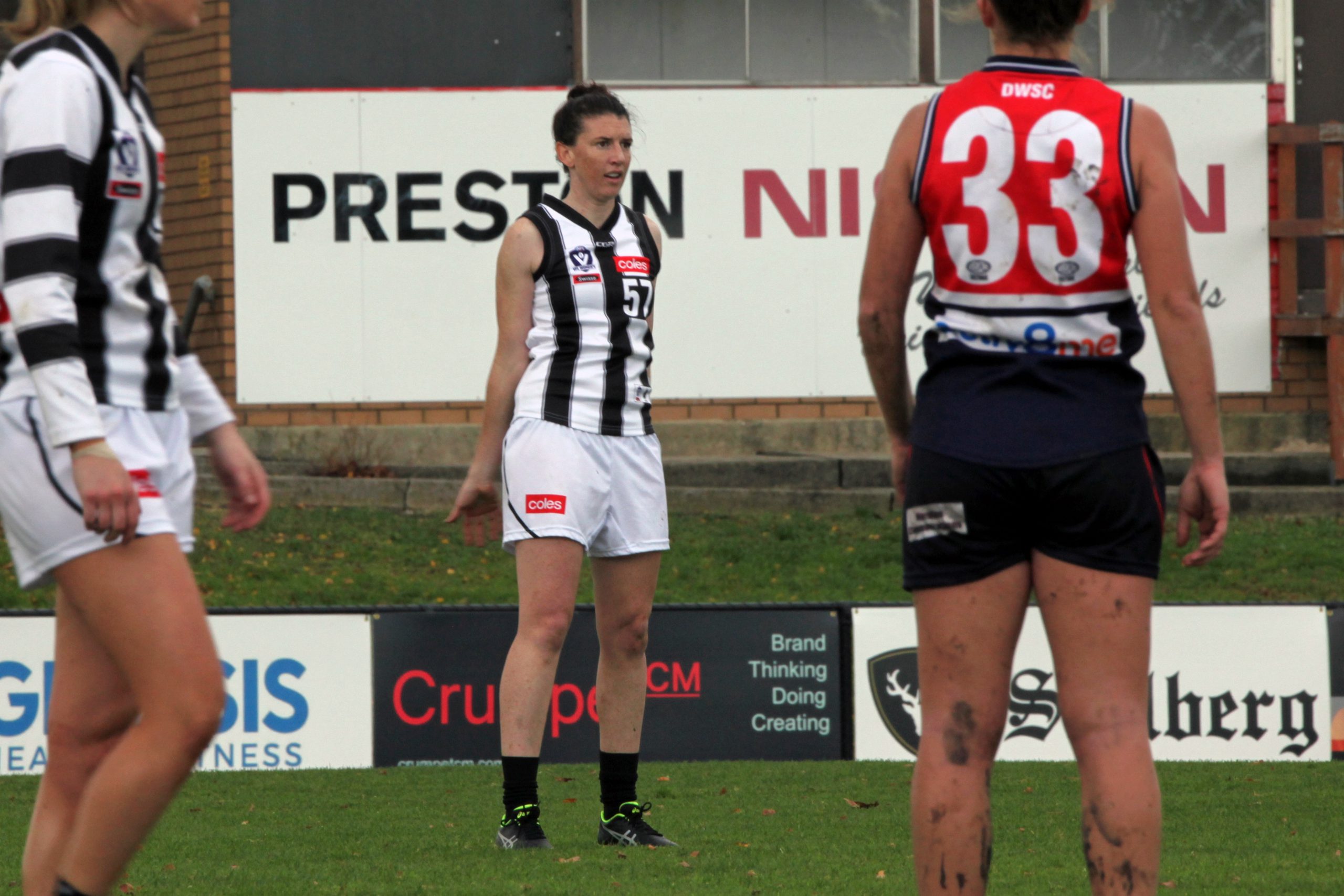 An in-form Collingwood VFLW side will visit Gippsland to face the third-placed Western Bulldogs this weekend for the first of two games scheduled to be played in Morwell.

The Magpies are sitting pretty atop the VFLW ladder after six rounds with just one blemish to their name – an opening-round loss to the Southern Saints.

Warragul product Stacey Lawry had never played football before her debut with the Magpies at the weekend, making the switch from netball after a season with Monash in the VNL.

“I was just kicking with my friend’s husband in the backyard one day and he said I had a pretty good kick so he made a call, I went down to the tryout day and then I signed,” Lawry said of her whirlwind transition.

A fractured femur on the dawn of season 2019 hampered her plans to run out in round one but Lawry slotted into the backline in time to play a part in Collingwood’s clinical win over Darebin on debut.

“It was a massive win for my first game against Darebin and it was quite exciting to be a part of it,” she said.

“It was a good game for me to come into because there was not a lot of pressure on me down in the backline.

“Five months of preseason got me fairly ready but I still couldn’t believe I was out there.”

A talented all-rounder, Lawry also played representative cricket for Victoria growing up and while she admittedly has “some learning to do”, is sold on Aussie Rules after just one game with the Pies.

“The rules I’m learning as I go but it’s more about the game awareness and the pace,” she said.

“It’s obviously a lot different to netball but the girls at the club have been great.

“If I have a question they always answer it and even when I’ve been injured they’ve been amazing and supportive – it’s just like having another family.”

Still based in Warragul and working as a logistics manager, Lawry said journeying to Melbourne three times a week to pursue her new-found dream of playing at the top tier was “definitely worth the travel”.

“I think after I crack this year I want to have a go [at playing in the AFLW],” she said.

“l’ll see how I go but I’m definitely keen to make the switch from netball to football.”

Collingwood will face the Western Bulldogs at Morwell Recreation Reserve on Saturday from 11.20am.