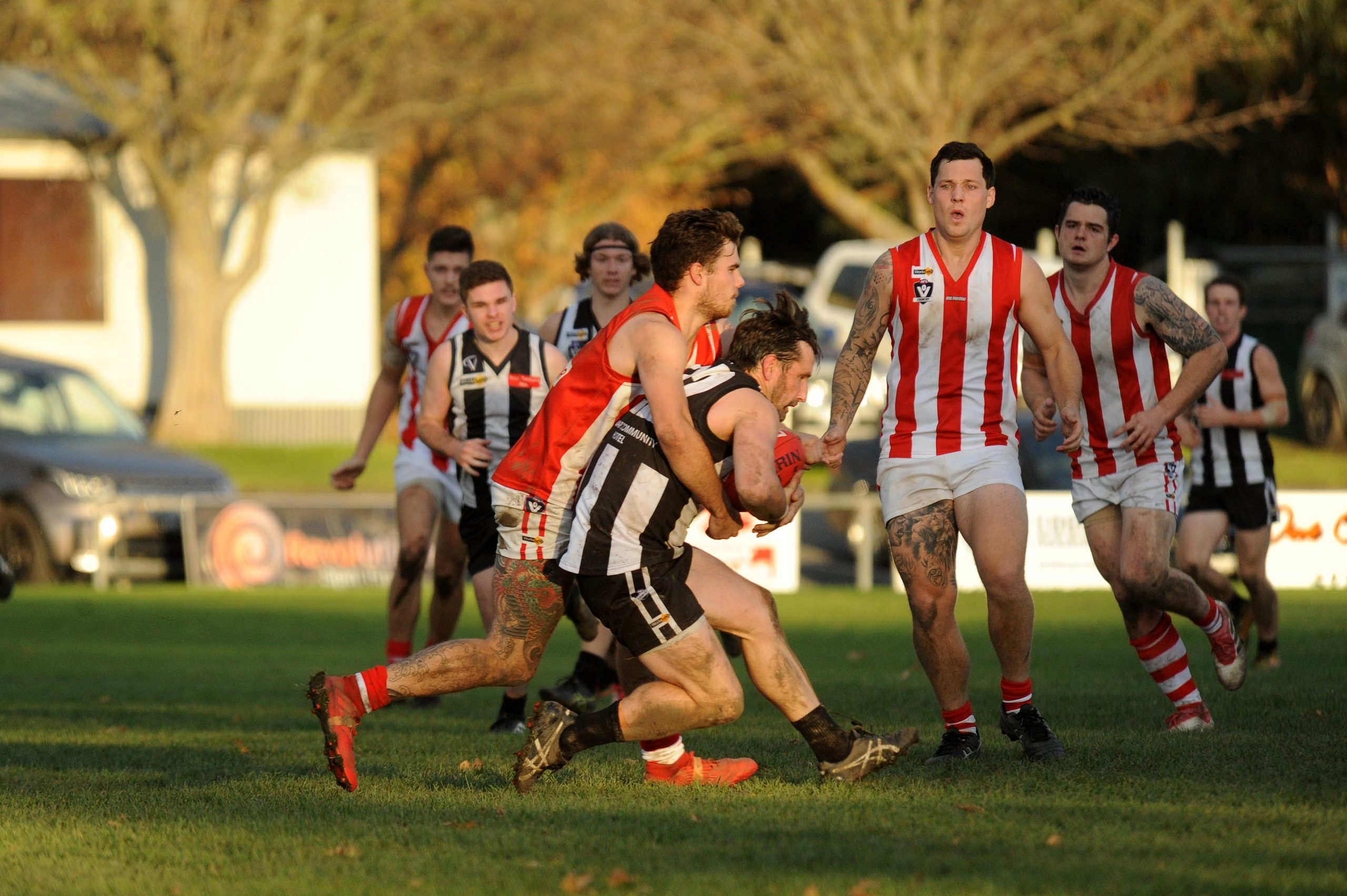 The way this weekend’s game unfolds between Trafalgar and Hill End will have a lot to do with whether the Bloods believe they are a chance to fight their way back into finals contention.

The Bloods have had plenty of chances to win games this season but have fallen short and appeared a shadow of their premiership selves.

A win against an in-form side like Hill End could change all of that very quickly.

The Rovers have won their last six matchesand may be one of the best Rovers sides since their premiership side of 1974.

These players are the real deal and their talent pool has been topped up in the off-season, giving them class in their starting 18 and much-needed depth in the reserves.

Classy in the midfield, steady in defence with a nice mix of run, spread and reliability and with multiple options to goal, the Rovers also have a reassuring and experienced coach in Mike Santo.

Whether Bloods’ coach Clint Einsiedel can salvage something for his team this year remains to be seen.

The Bloods have been written off a few times this year already but sit just two games out of the five and this weekend could be their last chance to make something of 2019.

Mirboo North will go into this clash against Yinnar as rightful favourites given their impressive season to-date.

The Tigers have managed to take almost all before them this year with the only blemish a loss to the unbeaten Yallourn-Yallourn North a fortnight ago.

Yinnar playing-coach Kane Grinstead-Jones is predicting a more consistent Magpies team in the back half of the year, given injuries and unavailability of players have played their part so far.

An improved Yinnar team could be a problem for a few teams that sit above them in the run home and that includes Mirboo North this week.

The edge might be with the Tigers on their home ground.

Morwell East have the perfect opportunity to fine-tune and tweak areas of their game that need attention when they match up against Thorpdale this weekend.

In last week’s loss to Hill End the Hawks pre-game warm up went to water when two of their midfielders suffered minor injuries.

Thorpdale are yet to find any premiership points this year despite some agonisingly close losses.

Coach Ray Pickering has remained calm and patient for about as long as he can with last week’s loss to Boolarra the tipping point.

The Blues will do what they have done in many contests this year. They will start fast and hit hard early but will likely succumb to the relentless pressure of a team a lot more advanced in depth and talent.

Yallourn-Yallourn North have taken all before them with eight wins from their eight matches this season and face Newborough this weekend.

In round two of the season the Bulldogs went down to the Bombers by a massive 119 points.

“We will have to bring the same effort we had against Mirboo North against Yallourn-Yallourn North, who will be fresh after their bye,” Dogs coach Dean Caldow said.

There are not to many weaknesses in the Bombers side at the moment and their work with and without the ball had improved vastly from last season.

The Bulldogs, on the other hand, have plenty of room for improvement, most of which will come from match-day experience.

The interest in this game will revolve around two things – one is the number of goals that Bombers forwards Keenan Hughes and Dean MacDonald can convert and the second is the final margin.