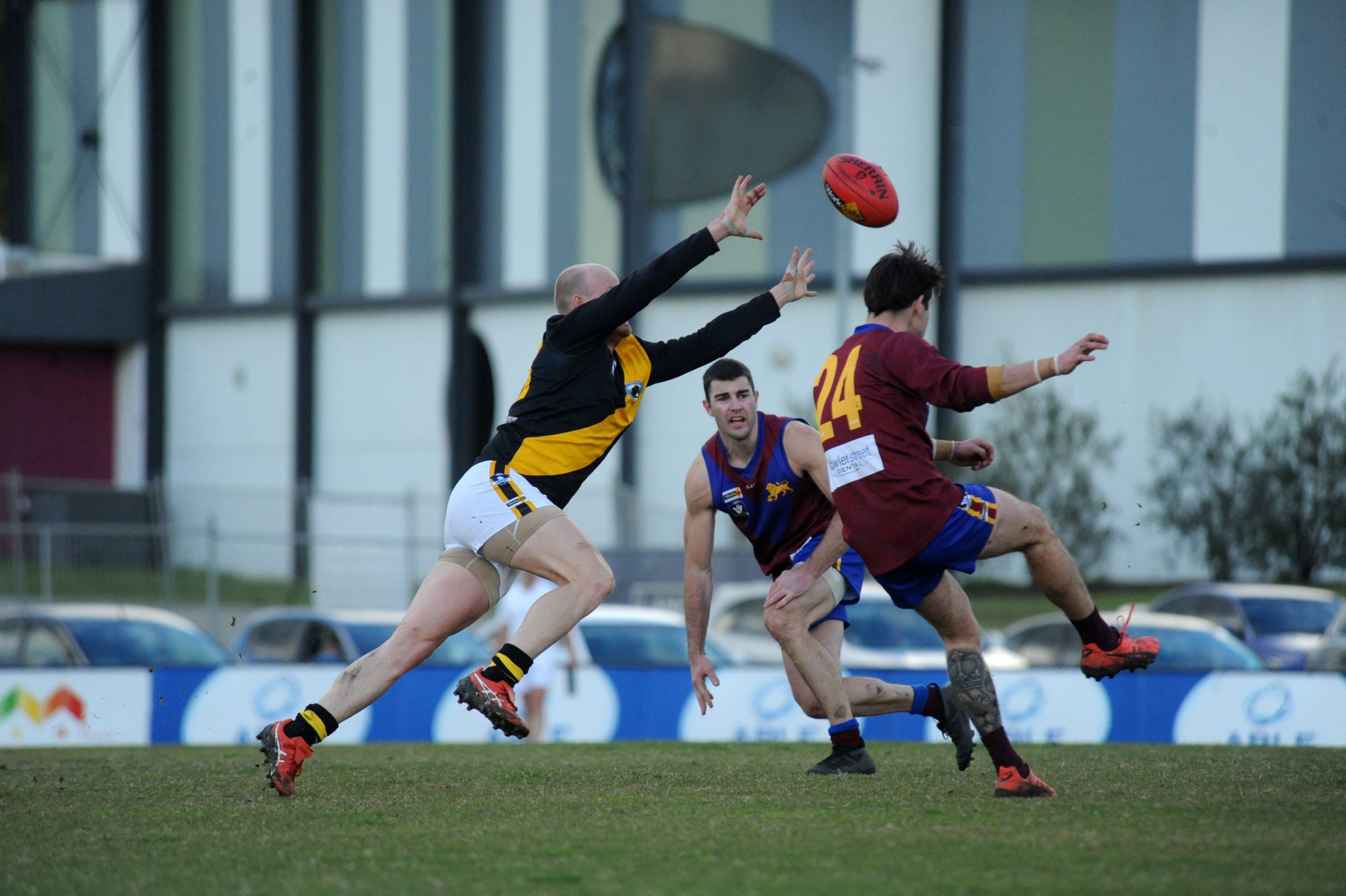 It was all the home side in the first quarter with the Lions adding three goals to Morwell’s one to lead by 13 points at the first break.

The Tigers hustled back into contention in the second, matching Moe with four goals and three behinds to tie the term and stand within 13 points at the main break.

They managed to cut another point off the deficit by the last change, however, a four-goal-to-none term in the last helped the Lions to the win.

A quartet of players – James Blaser, Thomas Long, Josh Galea and Ash Dugan – each bagged two goals for Moe in the win while Dan Musil and Cody Macdonald finished with two apiece for Morwell.

The Eagles encountered some problems of their own in the early stages, their inaccuracy on goal leaving them with two goals from nine scoring shots and an 18-point lead at the first change.

Mitch Bennett bagged four goals for Maffra for the second week running and was well supported by Daniel Bedggood with three goals.

Lachlan Wright, John Ginnane and Chris Dunne all scored two each for the Parrots.

Among the best for Maffra in the win were Danny Butcher, Kieran Jones, Ed Carr and Kade Renooy.

The Hawks led at every change on Saturday, maintaining a seven-point buffer at the quarter and half-time breaks.

The Maroons came within striking distance at the last change and were down by just two points before the visitors converted two straight goals to run out narrow victors.

Bailey Beck was the only multiple goal scorer for the Hawks in the win with two while singles went to Tom Barr, Chris Robinson, Clayton Kingi, Rhys Salter and James Ferguson.

Riley Loprese and Lee Stockdale scored two each for Traralgon.

Among the best for Drouin in the win were Robinson, Barr and Joseph Collins.

Power had a two-point edge at the first change but five straight goals in the second quarter set Warragul up with a nine-point lead heading into the second half.

The lead had changed again by three-quarter-time and it was the Power who surged into the last term with a 10-point advantage.

However, Wonthaggi buckled on goal in the last quarter with four behinds from four scoring shots while the Gulls added three goals and two behinds to run away with the game.

For the fifth week in a row Ben Hughes bagged three goals for Warragul while Thomas Kelly and Matthew Rennie kicked two each and singles went to three others.