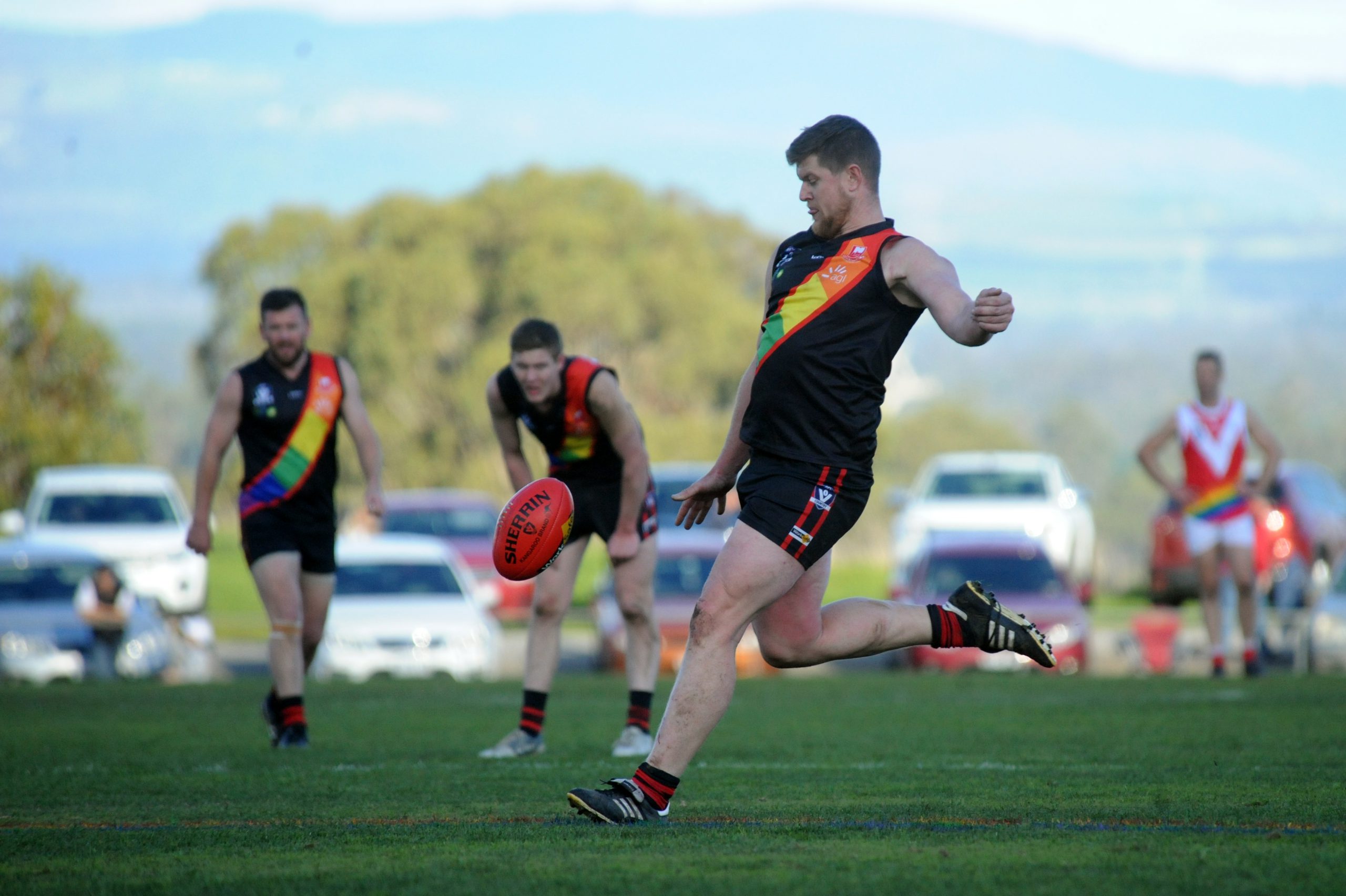 Several clashes look to be a little one-sided in North Gippsland action this weekend with four teams vying for finals positions taking on sides unlikely to make the cut.

The one game that bucks this trend has Traralgon-Tyers United taking on Churchill.

When TTU ventured to Churchill to open their season in round one it was a battle between last season’s second and third best sides.

The game was all one-way traffic with Churchill backing up their preliminary final victory over the Bombers with an emphatic 10-goal win to kick-start their 2019 campaign.

At the moment, the ladder tells fans this week’s clash pits the top side against the fourth best side and not even the most one-eyed Cougars fan would be predicting a similar result come Saturday afternoon.

While TTU coach Michael Duncan was gushing in his praise of last week’s conquerors Yarram, noting they were perhaps “the most complete team in the league”, he was quick to add this week would be a huge challenge, stating that Churchill are “at the top end of the ladder for good reason”.

Duncan is hoping to be able to call upon several first-choice players for this week’s match with the likes of Jack Brown, Darcy Barnes, Kade Duncan and the coach himself all a chance to take the field.

Duncan also noted he may opt for some additional forward 50 speed with Tim Aitken, who has been playing some good football in the early game of late, also being in the senior mix.

The coach has clearly done his research and knows Churchill’s Chris Williams is key to the Cougars’ chances.

Williams lamented his side’s inconsistent defensive pressure of late and said the slip in intensity had also prevented the quick ball movement that was a hallmark of the Cougars’ dominant first half of the year.

Faced with the possibility of losing a couple of players this week he was thankful first-year player Noah Duebel would be available for selection.

Duebel is perhaps a good match-up for Bomber Ricky Cochrane who Williams described as “a dangerous, hard-running mid who carries the footy”.

Williams also thought the battle of the big men, Billy Morrison of TTU and Churchill’s Nathan Mcrae, would also be one to watch.

Sale City pushed ladder leaders Churchill to the limit last week and came up an agonising seven points short in a game they led for most of the day.

Jacob Schuback was irrepressible across half back and through the middle, his left boot laser-like in its delivery of the ball to teammates.

He had plenty of support from a number of teammates with Justin Mclay everywhere and Bohdi Walker providing Nick Grainger with great supply in front of goal.

Cowwarr easily won the battle to be best of the rest, downing Glengarry by 51 points in a game that was effectively a non-event after half-time.

That sort of quick-fire start is what the Saints will need again this week.

If the Dogs can negate the influence of Pat Tainsh even a forward line of Shane Morgan, Nick Wozniak and Dale Murphy won’t be any hope of kicking the Saints a winning score.

Heyfield coach Rick Galea recently set his side the challenge of beating sides above it on the ladder.

He was quite clear at the time if his team wanted to play finals that was simply what was required.

It would be fair to say things didn’t go as planned last week with the Roos being overwhelmed by Rosedale to the tune of seven goals.

A second quarter lapse where the Roos coughed up 11 scoring shots ultimately cost them the match and also a spot in the top five.

Glengarry were on the wrong end of the ledger, going down to Cowwarr.

That form simply won’t stack up against a Heyfield side desperate to participate in the post season.

The local derby played between Yarram and Woodside used to be the stuff of legend.

Reports would filter in from south Gippsland all through the off season of verbal sparring between supporters and players alike in the lead-up to the regular season opener between the two rivals.

This year, however, Woodside are as thin on talent as they are on wins and it seems highly unlikely they will be stopping the Demons winning streak at seven.

Yarram simply have too much talent for their neighbours and despite the best efforts of those in the Wildcat colours it will be season 2020 at the earliest before they can look to take the points in this match-up.

Coming off a season-defining win against Heyfield and with another key game against Sale City next week, Rosedale may look to rest a few players this week when they travel to Gormandale.

The visitors should have no trouble accounting for the bottom of the ladder Tigers who have been riddled with injury and are doing well to keep fighting the good fight week in week out.