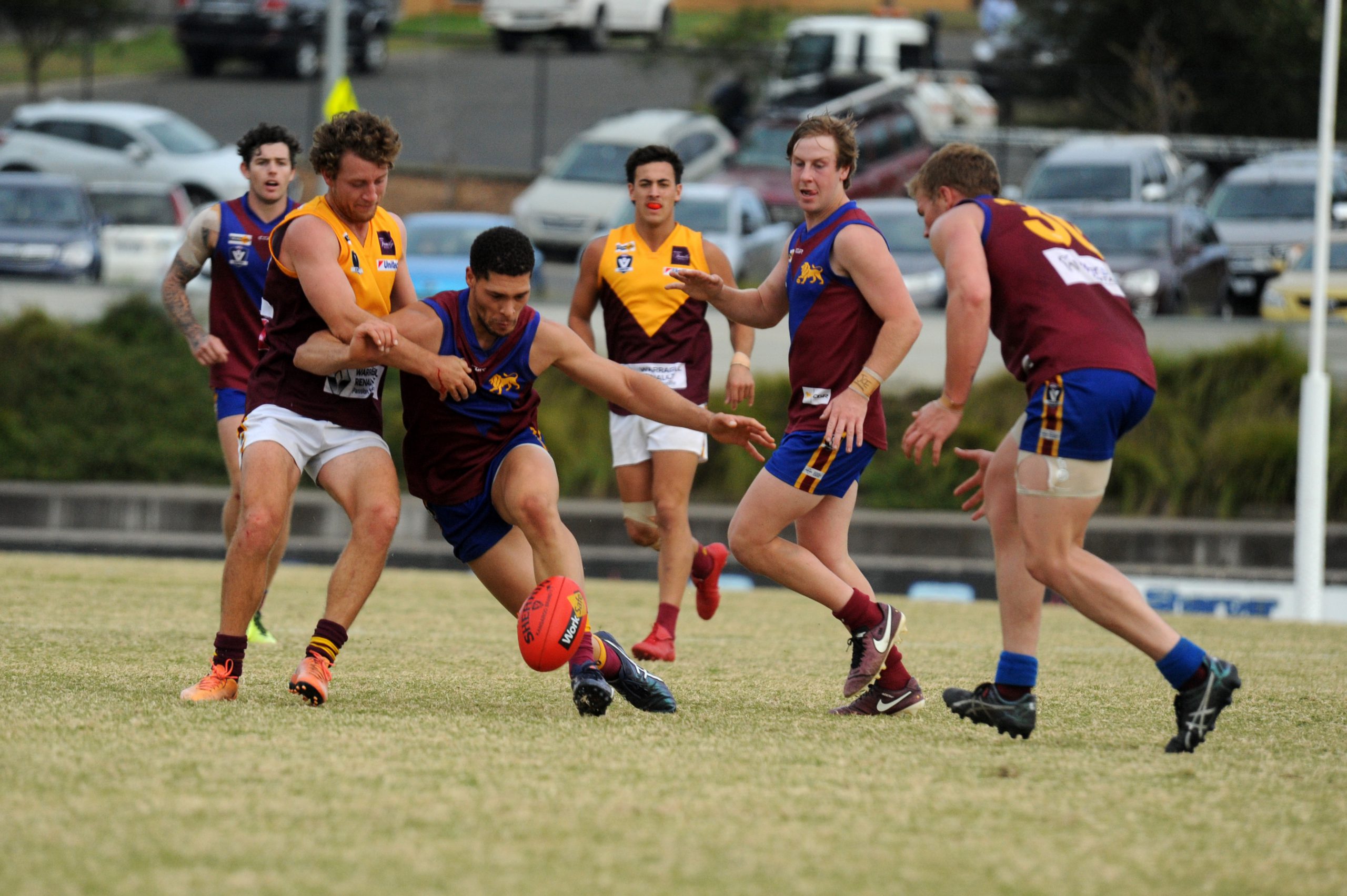 In what could be a season-defining clash for both sides, Moe travel to take on Drouin in the game of the round this weekend.

Deadlocked on seven wins apiece on the senior ladder, the Lions will take plenty of confidence into the replay on Saturday given their last performance against the Hawks in round two was one of their best to date.

A clinical 92-point drubbing was the result, with boon recruit Spencer White, Lachlan Macleod and Ash Dugan combining for 10 goals, while three others kicked two each.

The seemingly endless avenues to goal for the Lions are complemented by some well-oiled machines through the midfield and down back.

Ruckman Dylan Farrell heads up the middle and has been in standout form, as has gut runner Jacob Wood who can also find the goals.

For Drouin, all the usual suspects have led the charge for a much-improved side this season, most notably Ed Morris and ruckman Bob McCallum.

The duel in the ruck between McCallum and Farrell will certainly be one to watch this weekend.

The Lions have a buffer of 36 percentage points up their sleeve which could come in handy towards the end of the season.

Defending premiers Leongatha will make the trip north to Warragul this weekend.

The Parrots, hanging onto fifth spot on the senior ladder, have endured mixed fortunes so far this season with six wins and five losses while the Gulls, while in last spot, have still managed to win three games in what is proving to be an evenly-matched competition.

Leongatha have also had to deal with injury and unavailability this season, with just six players on the list taking the field in all 11 games so far.

John Ginnane and Chris Dunne, with 22 goals each for the season, could be in a for a day out on Saturday.

Bairnsdale face arguably the toughest task in the competition this weekend when they host ladder leaders Sale.

Since their round three defeat to Maffra by 74 points, the Magpies have been unstoppable, stringing together seven consecutive wins.

Their most recent, against last-placed Warragul at the weekend, was their biggest yet.

The 124-point landslide came with an accurate 28 goals and 13 behinds with six majors bagged by the increasingly unstoppable goal-kicking machine that is Brad Dessent.

In their last meeting in round two, the Power only managed three goals but inaccuracy was their undoing with 11 behinds.

The Eagles have won their last three on the trot with victories over Traralgon, Leongatha and Bairnsdale.