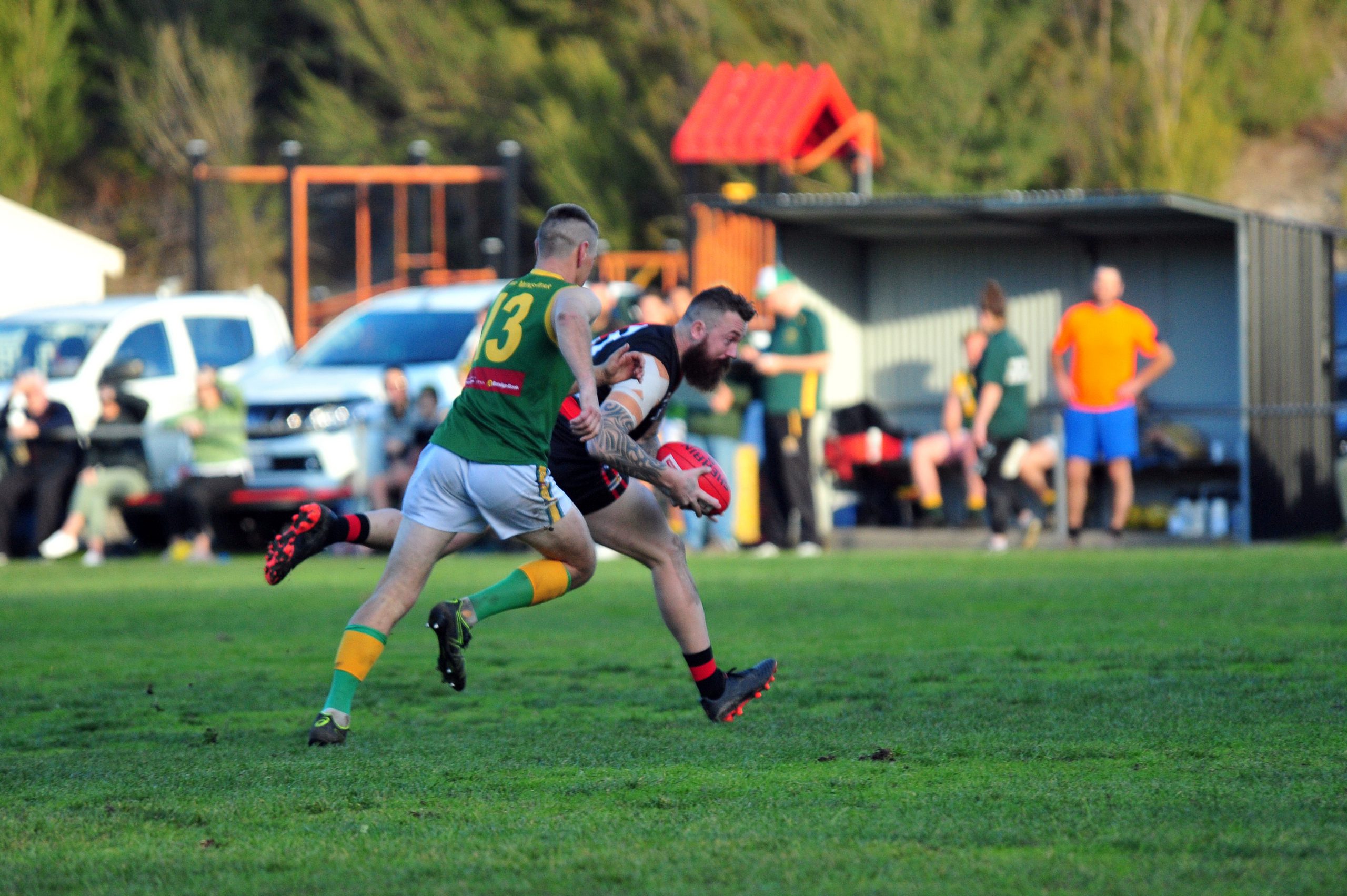 They came, they saw, and they conquered in impressive fashion, Yallourn-Yallourn North accounting for Hill End with ease on Saturday, 17.8 (110) to 10.6 (66).

The first 30 minutes gave spectators what they expected and that was a match between two in-form teams with very little between them. The home side had the slender advantage of a solitary point at the first break.

The Bombers persevered with what they had planned pre-match until half-time and built their lead ever so slightly to stand three points in front at the main break.

The depth of Yallourn-Yallourn North was on show in the second, the Bombers adding 12 goals to five in the back half and securing a 44-point win.

“I was pleased with the effort after half-time. Hill End were up for the fight and we made a few adjustments after half time and started to get on top,” YYN coach Barrie Burnett said.

“Through the week we had concerns with four forced changes but the depth we have is great and the new faces fitted in seamlessly.”

It may have been a depleted Mirboo North team that took on Thorpdale but the result was impressive all the same with the home side cruising to a comfortable victory, 17.16 (118) to 3.4 (22).

It wasn’t obvious the Tigers weren’t at their best though as they shot out to a four-goal lead at quarter-time and quickly extended it to better than seven goals at the main break.

The second half was a disaster for the visitors, held goalless and managing just two behinds in what coach Ray Pickering described as his side’s “worst effort so far this season”.

Mirboo North coach Josh Taylor was sidelined through illness but watched from the sidelines as his Tigers bounced back from their worst defeat of the season.

“I couldn’t even coach Saturday. I was so crook I stayed away and watched from the car but the boys went well given across both grades we have 23 blokes unavailable through injury and availability,” Taylor said.

“It was great to see blokes stepping up and taking opportunities in the seniors and getting back to playing good footy in both grades, but we should start getting more players back and playing even better footy in two or three weeks.”

Hoping for a fast start, the Bulldogs delivered exactly the opposite, allowing the visitors to take control of the match early as the Magpies danced their way to a three-goal lead at the first break before extending that more than five goals at the main break.

After half-time the Bulldogs added another four goals but couldn’t stop the Magpies’ play makers who were solid throughout the game, finishing off as they started with eight goals in each half.

It was a long time coming for the reigning premiers but Trafalgar finally got the win they desperately needed, defeating Boolarra, 12.8 (80) to 1.4 (10).

From the first bounce, the Bloods assumed control and while they weren’t at their best, the early signs were promising.

They kept the Demons goalless in the first three quarters and kicked eight of their own from 15 scoring shots.

In the end the margin was 96 points but the important thing was that the Bloods got the premiership points, meaning they could, at least mathematically, still snatch fifth spot on the MGFL ladder.

“[I was] happy with our effort and consistency across the day, we had a big contribution from our younger players, but let’s see if we can do it two weeks in a row against quality opposition,” Trafalgar coach Clint Einsiedel said.

That test comes this week against Morwell East. The Hawks will front the Bloods after a week off knowing that a win for them would kill off any chance for a Trafalgar finals surge.