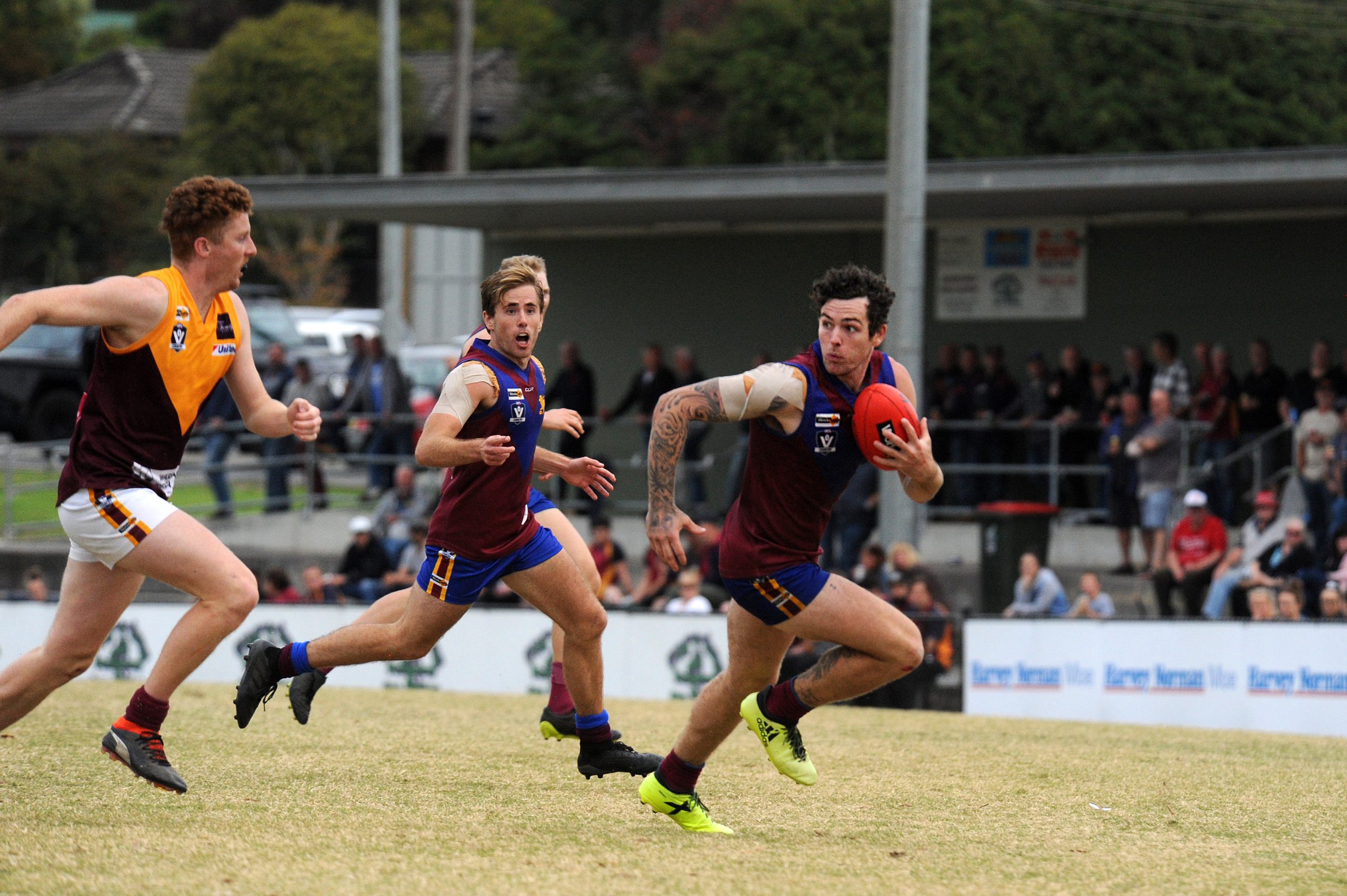 The game lived up to the hype in the early stages with the home side nudging ahead with a four-point lead at the first break before Drouin fought back and edged into the lead by a solitary point at half-time.

The Lions kicked into gear in the third, piling on six goals and five behinds to the Hawks’ two goals and two behinds, to set themselves up with a handy 26-point buffer heading into the last term.

The final quarter was all Moe. Their 11 scoring shots turning out another four majors to secure an impressive 43-point win.

Club stalwart James Blaser was among the best in game 150 for the Lions and finished with two goals, as did Ash Dugan, Dylan Farrell, Josh Galea, Hayden Prestidge and debutant and former SANFL and WAFL product Tristan Gum.

For Drouin, Tom Barr kicked three goals while Bob McCallum again led the way among the best on ground.

The home side steamed away to a 23-point lead at the first break though the Power weren’t without they chances with four scoring shots producing just the one goal.

The break came at the right time for the visitors who scored the first two majors of the second term to scrap back to within two straight kicks, however, their hopes were quickly quashed as Maffra piled on eight straight to earn a 47-point lead at half-time.

The margin could have and should have blown out well past 100 points in the third term, however, the errant Eagles managed an astonishing four goals and nine behinds from 13 scoring shots to limit the damage to 71 points at the last change.

They made up for the misfired shots on goal, storming home with seven final-quarter goals to record a 114-point victory.

Daniel Bedggood kicked five goals for the Eagles in the win while Andrew Petrou and Jarryd Clohesy bagged four each and Mitch Bennett three while singles went to seven others.

Among the best for Maffra in the win were Bedggood, Petrou, Ben Brunt and Danny Butcher.

Eight goals from James Lloyd proved the difference for Leongatha in their away clash with Warragul on Saturday, the Parrots taking the points, 19.12 (126) to 10.8 (68).

The defending premiers were in a spot of bother against the last-placed Gulls at half-time, down by 11 points, but a five-goal third term while holding Warragul to a single point, helped them heading into the last change with a 21-point lead.

The Parrots’ experience and run pulled them home in the last, their seven goals to Warragul’s one enough to secure an impressive 58-point win.

Ladder leaders Sale strengthened their stranglehold on the Gippsland league senior competition at the weekend with a win over Bairnsdale on the road yesterday, 14.15 (99) to 10.8 (68).

The Magpies had 10 goals by half-time and kept the Redlegs to just two, but the home side pegged the margin back in the third term with six straight goals to the visitors’ two goals and five behinds.

Jarrod Freeman reaped the rewards up forward for the Magpies and finished with five goals while goal-kicking machine Brad Dessent continued on his merry way and booted four and Kane Martin was the other multiple scorer with two.

John Gooch, Jack Lipman and Cooper Whitehill all scored singles and among the best were Mitch Dowse, Nick Dowse and Lipman.