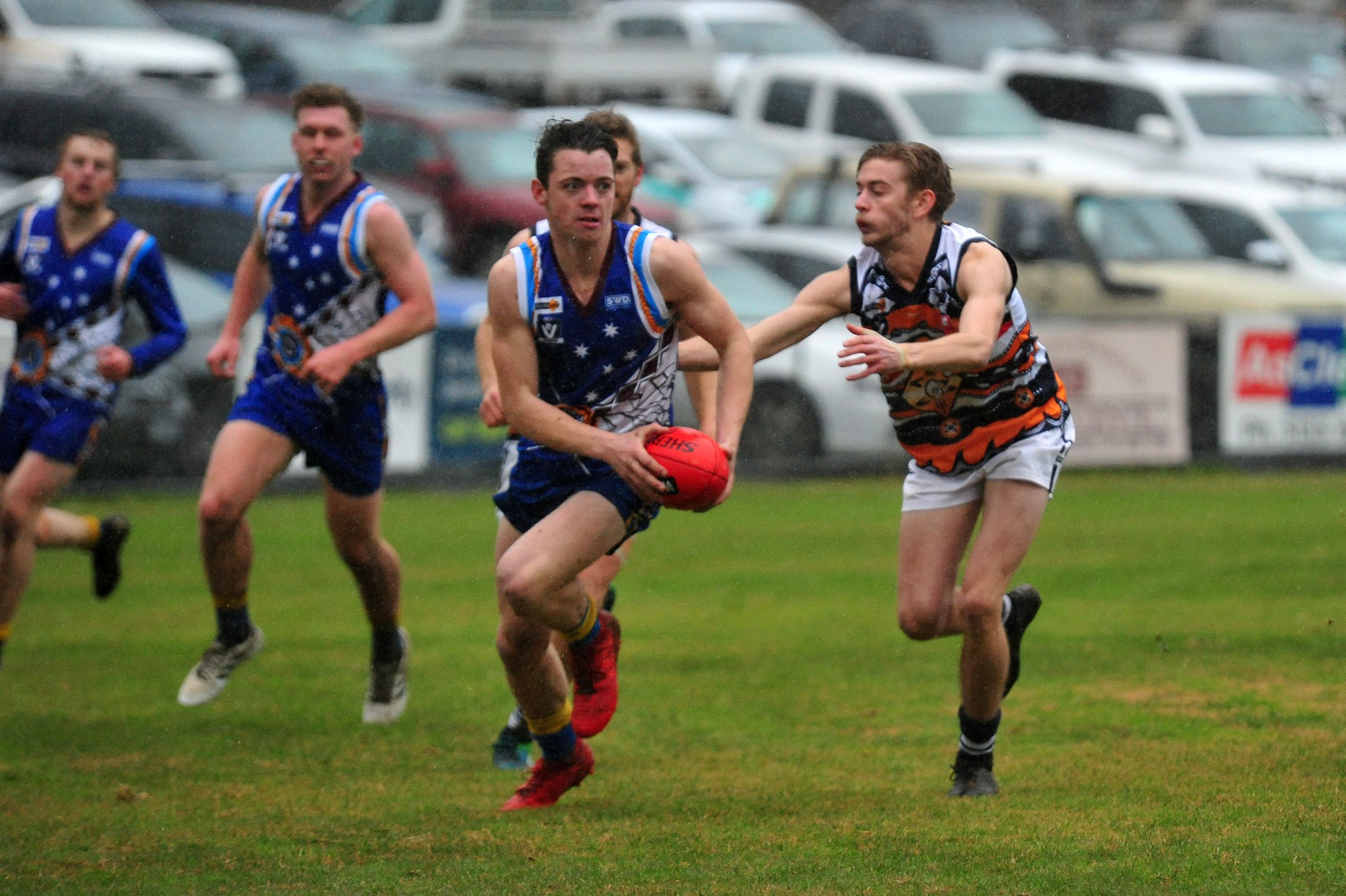 A six-goal haul to power forward Ben Kearns helped league leaders Churchill fend off Woodside on Saturday and keep second-placed Yarram at arm’s length with a game breathing room, 14.10 (94) to 7.12 (54).

Unfortunately for the visitors the glacial conditions did little to thwart the run of the Cougars with the home side asserting its dominance from the first bounce with five goals and four behinds to the Wildcats’ two points in the first quarter.

Their 32-point lead was etched back to just 13 points at half-time with Woodside making the most of the run in the closing minutes of the second term with six goals to Churchill’s three.

Any hopes the Wildcats’ had of causing an upset were quashed in the third quarter as Kearns ran rampant and the Cougars stretched their lead to seven goals even.

Among the best were Kearns, Luke Brereton and Jordan Fenech.

The Bombers established a handy seven-point lead at the first break which would go on to hold them in good stead in appalling conditions.

The second term was much of the same and the home side managed to maintain their seven-point buffer heading into the second half.

Michael Duncan and Tim Aitken led the way for TTU in the win with two goals each while Andrew Cunningham, Nick Wozniak and Vincent Johnston scored one each for the Saints.

Among the best for the Bombers in the win were Billy Morrison, Zach Kilgower and Guy Sinclair.

The Roos burst out of the blocks in the opener and piled on seven goals and four behinds to stand 44 points in front at the first break.

The lead was extended to 56 points at half-time and 85 and three-quarter-time, with the Roos’ inaccuracy in the last term the only savior for Gormandale in avoiding their 12th loss by more than 100 points this season.

Joel Dinsdale and Jesse Jackway reaped the rewards for Heyfield and finished with three majors each while singles went to 11 others.

Among the best for the Roos were Adam Wallace, Scott Anderson, Trent Anderson and Kodie Woodland.

It was slow going for both sides in the first term, however, the Dogs’ two straight goals were enough to see them nine points in front at quarter-time after the Magpies failed to convert any of their three shots on goal.

The visitors were made to rue their inaccuracy in the second term and only added one major while Sale City added four goals and three behinds to extend the buffer to 30 points at the main break.

It was game over by the last change as the Dogs cruised into the last quarter with a seven-goal lead but they didn’t take their foot off the pedal and added another three to round out a 49-point win.

Misfired shots on goal were the order of the day for the Demons with two goals and eight behinds limiting them to a seven-point lead at the main break.

They held the Blues scoreless in the third term while adding three majors and five behinds from nine scoring shots to stand 30 points in front at the last change.

Rosedale saved their best quarter of the day for last and scored two straight goals while Yarram added three goals and two behinds to run out 38-point victors.

Among the best were Rodaughan, Griffin Underwood, Chris Bruns and Jack Weston.