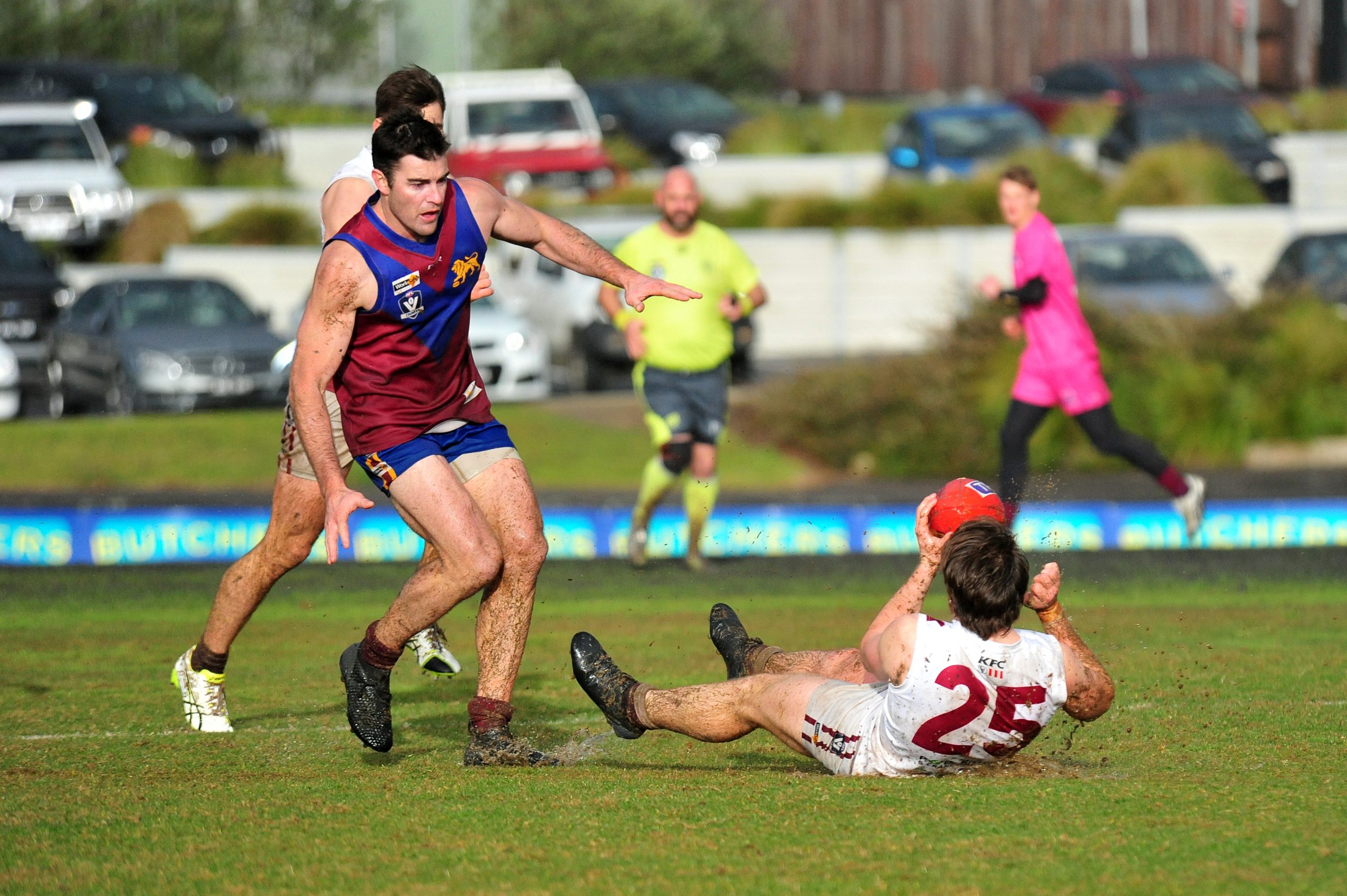 The home side was reeling with just a solitary point to the Maroons’ two goals and one behind at the first change, trailing by 13 points.

The deficit was cut back to just a point at half-time before Moe piled on three goals and four behinds to lead by 13 points at the last change.

The Lions had opportunities to put the result beyond doubt in the last term but were restricted to five behinds to finish 16-point winners for their fifth consecutive victory.

Tristan Gum was the only multiple goal scorer for Moe in the win and finished with two while singles went to Josh Galea, Ben Morrow, Tom Long and Wade Anderson.

Among the best for Moe in the win were Jayden Van Dyk, Ben Maslen and Tom Fleming.

The Tigers and Redlegs were inseparable all day with the lead chopping and changing with the home side gaining the early edge by a solitary point at quarter-time.

Neither side found the big sticks in the second term but Bairnsdale wrestled back the lead with five behinds to the Tigers’ one to lead by three points at half-time.

Scores were level at three-quarter-time, 28 points apiece, and while the Redlegs managed one straight goal the Tigers added one goal and three behinds to clinch the win.

Ruckman Dan Musil was among the best for the Tigers, as were Anthony Rosato, Max Linton and Hecker.

The visitors were four points up at the first break but the Hawks had more opportunities inside 50, finishing with one goal and four behinds from six scoring shots.

The Gulls’ lead was extended marginally to five points at half-time and blew out to a game-high 20 points by the last change.

Drouin again had chances to bridge the gap in the last quarter but scored two goals and three behinds to fall 18 points short.

Jake Hughes was the difference and finished with three goals for Warragul while Mason McGarrity kicked two and singles went to Lachlan Wilson, Lachlan Bambridge, Matt Ross and Angus Emery.

Tom Barr was the only multiple goal scorer for Drouin with two.

Among the best for Warragul were Luke Di Ciero, Daniel Giardina and Nick Mulqueen.

The Parrots asserted their authority early and led by 21 points at the first break with three goals and five behinds.

They had chances to blow the Power out of the water in the second but found goals hard to come by, converting two of their eight shots on goal to stretch the margin to 32 points.

The misfired shots on goal continued in the third with three goals and four majors but it was enough to hold off the visitors who were scoreless in the last term.

Chris Dunne bagged three goals for Leongatha in the win while Nick Nagel scored two and singles went to five others.

Ben Willis, Luke Bowman and Brodie Easton all appeared in the best on ground list.

Maffra dealt league leaders Sale their second loss for the season yesterday and toppled them for top spot on the Gippsland league ladder in the process, 6.4 (40) to 3.6 (24).

The Eagles were also the first team to defeat Sale in 2019 back in round three.

In hostile territory, Maffra established a 12-point lead at the first break and managed to hold off the Magpies for the rest of the day.

Andrew Petrou and Mitch Bennett worked in tandem to finish with two goals apiece in the win while singles went to Alex Carr and Tom Jolly.

Among the best players for the Eagles were Ed Carr, Michael Coleman and Jack Johnstone.