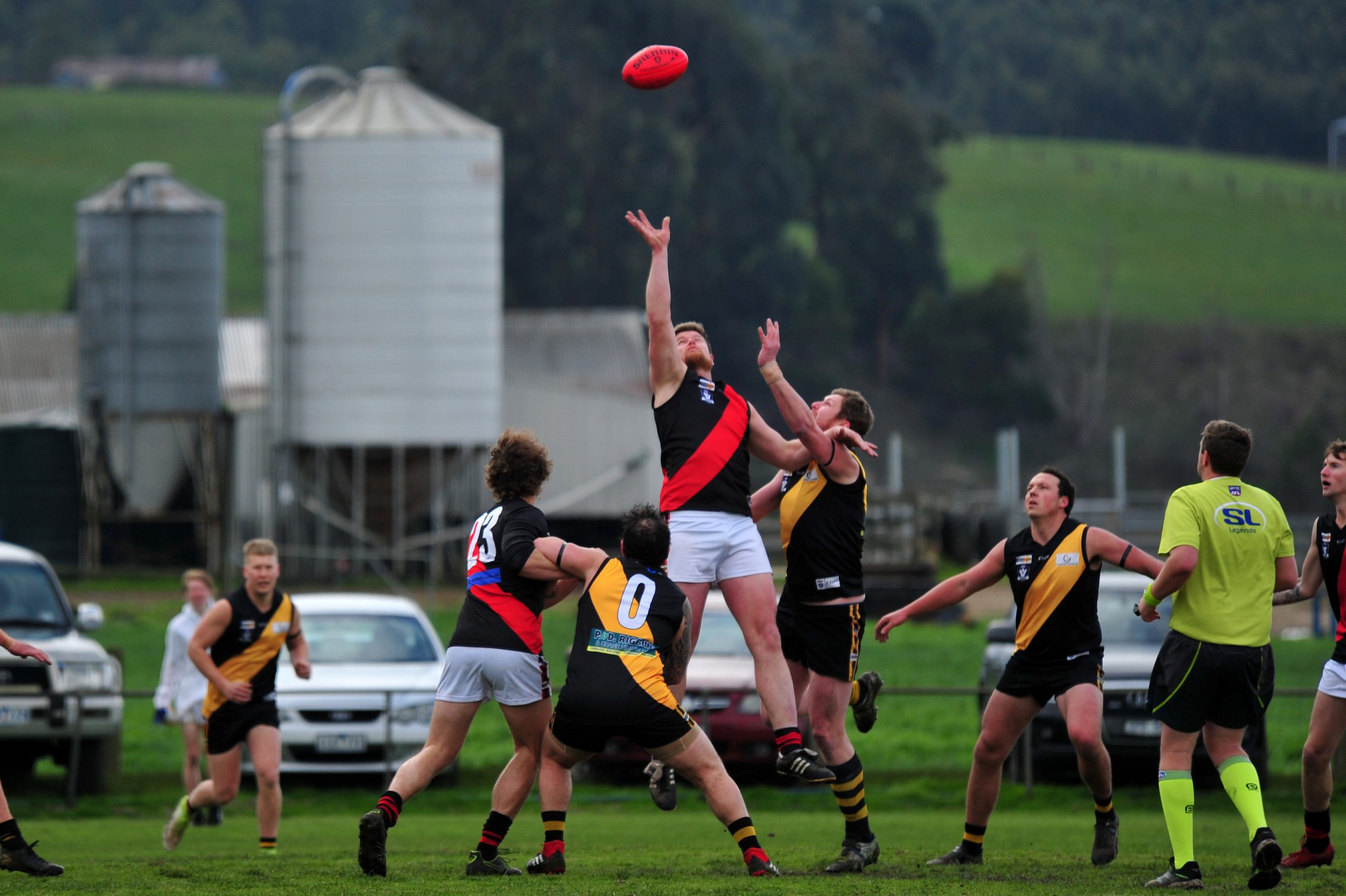 Bombers coach Michael Duncan once again led Traralgon-Tyers United to an emphatic win at the weekend, bagging seven goals on the back of 12 last week to put Gormandale to bed, 18.26 (134) to 5.4 (34).

The odds were stacked against the winless Tigers before the first bounce and the Bombers wasted no time stamping their authority on the game.

TTU kept the home side to no score while piling on seven goals and six behinds of their own to lead by 42 points at the first break.

Gormandale broke the drought in the second term and added two goals to their tally while TTU squandered shots on goal and added two majors and six behinds.

With 53 points breathing room heading into the third term, the Bombers added another five goals and nine behinds while keeping Gormandale to no score.

The last quarter, while a mere formality, was the Tigers’ best for the day as they added three goals and three behinds to fall by an even 100 points.

Justine Savige and Tyler Mustoe were the other multiple goal scorers for TTU and finished with two each while singles went to seven others.

Gavin Swan was the only multiple goal scorer for Gormandale and finished with two.

Thirteen goals from the boot of power forward Ben Kearns helped Churchill to the biggest win of round 16 at the expense of Glengarry on Saturday, 36.23 (239) to 2.3 (15).

The day started as expected with the Cougars 46 points clear at the first break.

The pain continued for the Magpies who were allowed a solitary point in the second term to Churchill’s 11 goals and six behinds.

The lead blew out past the 100-point mark early in the third quarter – another scoreless term for Glengarry and another eight goals and six behinds for the Cougars.

With a 171-point lead up their sleeve, the Cougars didn’t let up in the run home and added another nine goals and six behinds to complete the rout and run out 224-point victors.

Among the best for Churchill in the win were Kearns, Williams, Cain Iorangi and Slater.

The Saints were held to just a single point in the first term as the Roos piled on five goals and seven behinds to lead by 36 points at the first change.

Their lead was extended to 54 points at half-time and 83 points at three-quarter-time.

Cowwarr came home with two late goals in the final term to draw the quarter but finish 83 points in the red.

The Blues kicked just one goal in the first term to Woodside’s two to trail by five points at the first change but the momentum shifted thereafter.

They kicked three goals and three behinds in the second term to the Wildcats’ one goal and one behind to overturn the deficit and lead by nine points at the main break.

The Blues’ defensive pressure came to the fore after half-time, holding Woodside to no score in the second half while piling on 11 goals and four behinds to complete an impressive 79-point win.

It was all Demons from the get-go as the visitors peppered the scoreboard with six goals, six behinds to City’s one goal and one behind to lead by 35 points at the first break.

The lead was extended to 54 points at half-time and the Bulldogs were held to no score in the third term while Yarram stacked on six goals and five behinds to blow the margin out to 95 points.

The visitors weren’t content with their lead and stormed home with another five majors to finish 124-point winners.