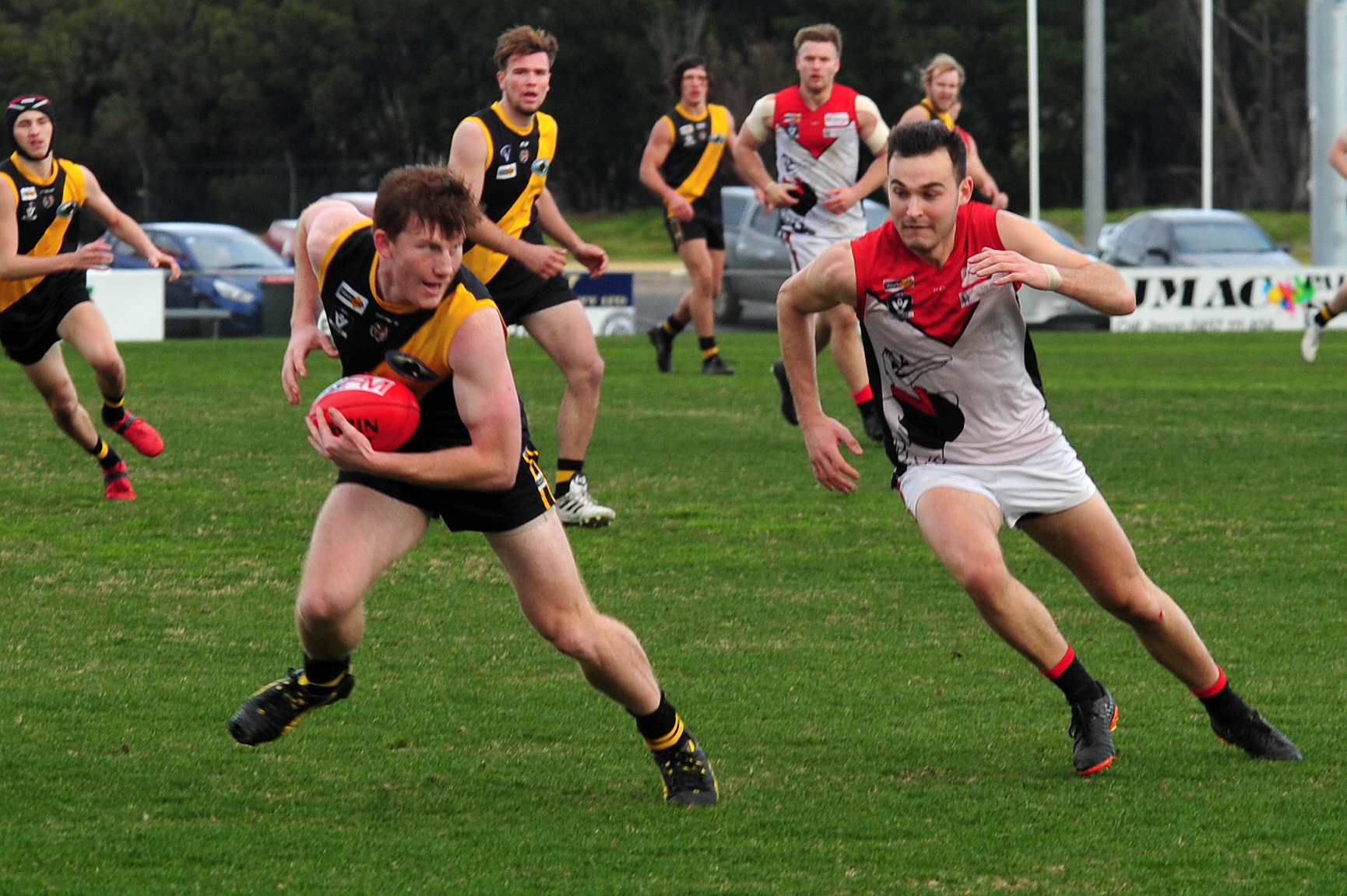 After consecutive losses on the road, Morwell returned home and snatched the premiership points at the expense of Warragul on Saturday, 12.9 (81) to 10.6 (66).

It was slow going in the first term for the Tigers who bagged two goals and three behinds to trail by five points at quarter-time.

Morwell bounced back in the third and overturned the deficit to lead by four points at half-time before a standout third term set them up for the win.

The Gulls were held to just one goal in the third quarter while the home side added four goals and one behind to set themselves up with a 22-point buffer heading into the last quarter.

Warragul won the quarter with four goals and three behinds but it wasn’t enough to bridge the gap as Morwell ran out 15-point victors.

Tyler Hiller led the way for the Tigers in front of goal and booted three while singles went to nine others.

Among the best for the Tigers were Dan Musil, HIllier, Anthony Rosato and Kuiy Jiath.

Without onballers Liam Axford, Jordan Kingi, Ed Morris and Chris Robinson, the Hawks were shown up from the first bounce and managed just one goal to the Parrots four goals and six behinds in the first term.

It was much of the same in the second term as Drouin could only manage a single goal to Leongatha’s six goals, five behinds, leaving the Parrots 59 points ahead at the main break.

The margin increased to 73 points at three-quarter-time but Leongatha saved their most damaging term for last, piling on eight late goals to finish with a blowout win.

Cade Maskell and Tom Marriott took the spoils for Leongatha and finished with four goals each while Chris Dunne and Brok Davidson also chimed in with three majors each.

Cameron Stone was the other multiple goal scorer and finished with two and singles went to five others.

Among the best for the Parrots in the win were Marrott, Luke Bowman, Chris Verboon and Ben Willis.

The Lions couldn’t get going in the first half and had just five behinds to half-time with their first goal for the day coming in the third quarter.

The Magpies established a 41-point lead at three-quarter-time but the Lions didn’t go down without a fight.

They had their fair share of play in the final term but inaccurate kicking left them with five goals and eight behinds to Sale’s three straight goals.

Mitch Dowse, Brad Dessent and Jarrod Freeman kicked two goals each for the Magpies while Lachlan Rees was Moe’s only multiple goal scorer with two.

Traralgon are now just two wins outside the top five with three games remaining in the home and away season after fending off Bairnsdale to win, 10.15 (75) to 6.12 (48).

The home side established an 11-point lead at the first break which blew out to 21 at half-time as they restricted the Redlegs to just two goals.

The lead was extended to 34 at the last break and was reeled back in to 27 at the final siren.

Troy Forrest took the spoils for the Maroons and finished with four goals while singles went to six others.