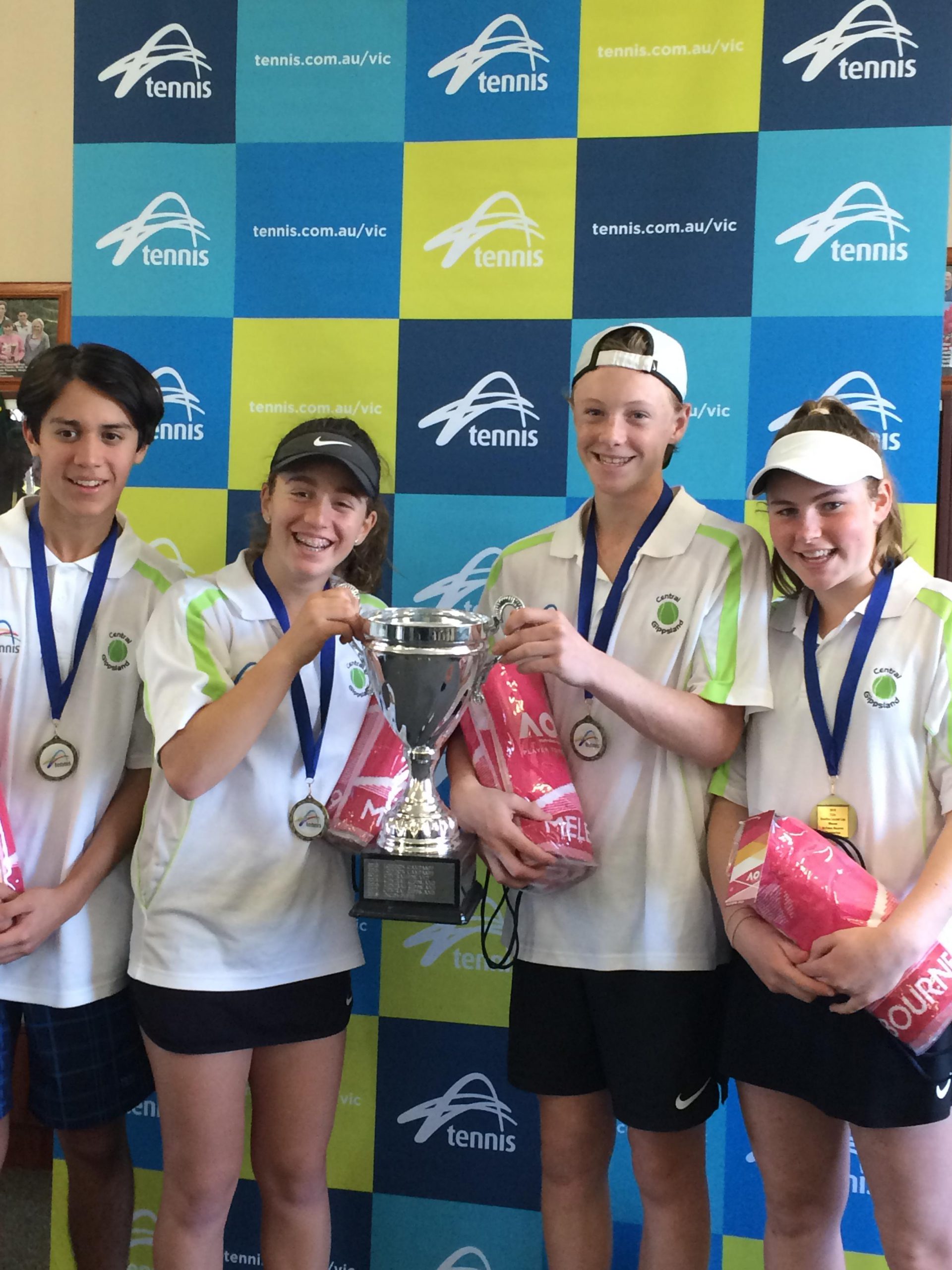 The prestigious teams event pits the state’s best 15 and under tennis talent against each other across a weekend of action-packed tennis.

Team Central Gippsland was this year made up of Alan Valenszuela (Trafalgar), Sam McGregor, Eliza Dunbar and Chelsea Elliott (Traralgon).

The young guns made it through the tournament without dropping a match, defeating Goulburn Valley, Wimmera, North West, Central Highlands in the group stages.

The side then faced off against winners of group B, Loddon Campaspe, in the final and played out a thriller, despite the six-sets-to-love scoreline suggesting otherwise.

“It was an amazingly strong effort by the Gippsland team,” Charlton said.

“They played at their highest level under the maximum pressure of being favourites. It is never an easy thing and a true sign of professionalism and the culture in which they are brought up in.

“There is never any replacement for hard work and all four [players] tick that box.”